The film that ushered in a new era in British filmmaking with its frank dialogue, earnest examinations of the class divide, and depictions of a looser sexual climate that was imminent in Western civilization was Jack Clayton’s Room at the Top.

The film that ushered in a new era in British filmmaking with its frank dialogue, earnest examinations of the class divide, and depictions of a looser sexual climate that was imminent in Western civilization was Jack Clayton’s Room at the Top. While its language and sexual mores may appear timid and almost quaint by today’s standards, it was quite raw and a shocking change of pace for cinema audiences in 1959 beginning a decade of British “kitchen sink” dramas and numerous focuses on the “angry young man” eager to burst the confines of earlier generations of what was considered proper class distinctions and permissible social behavior.

An ambitious young man from a poor family in Northern England, Joe Lampton (Laurence Harvey) gets a job in the finance office in a mill city in the North Country. He woos the innocent Susan Brown (Heather Sears), the daughter of the richest man in town (Donald Wolfit), even though she has a serious if haughty suitor already (John Westbrook), but he also falls in love with unhappily married Alice Aisgill (Simone Signoret) with whom he has an intense affair. While marriage to Susan would lead him to the higher social position that he’s always coveted, Joe eventually realizes his heart really belongs to the older Alice whose possessive husband (Allan Cuthbertson) refuses to give her a divorce.

Based on the novel by John Braine, Neil Paterson’s Oscar-winning screenplay somewhat softens the brackish male protagonist while continuing to make his points against the British class system and those who sell out their principles to become upwardly mobile. Susan’s haughty mother (Ambrosine Phillpotts) and father are constantly despicable in every scene in which they appear while Joe’s friends in the city’s accounts office (especially Donald Houston as Joe’s best friend Charles Soames) are continually salt-of-the-earth types. While there isn’t really any nudity and sex scenes are shown at the beginning or ending of the encounters, the film seems racier than it actually is, a tribute to Simone Signoret who radiates a rather Earth Mother-type ease with her body and with talk of sex that make her scenes more adult and appealing (contrast that to the prattling on that Susan offers after losing her virginity to a less-than-thrilled Joe). This was Jack Clayton’s first directorial effort, and he manages some graceful élan with his camera in an early scene where characters in a drama society rehearsal are entering and exiting the stage. Elsewhere he tends to overindulge in grotesque close-ups long after he’s made his point in a scene (one in particular shoves the camera into the face of a simpleton with his mouth crammed with food spitting crackers all over spectators as he talks), but overall, he gives a real art house feel to the picture, a credit to the masterful cinematography of Freddie Francis.

While it’s not really her story, Simone Signoret gives the best performance in the film as Alice, a solid portrayal of an experienced woman trapped in a loveless marriage who finds a soulmate who’s being denied to her. She won Best Actress at Cannes, at the BAFTAs, and at the Oscars for her work, and while it’s not a showy performance, it’s a genuinely felt and subtle enactment. Laurence Harvey has the perfect physical persona of an ambitious young man looking for grassier fields to graze, but his North Country accent comes and goes rather noticeably, and he sometimes substitutes a zombie-like stiffness for true depth of feeling at moments of crisis. Heather Sears does acceptably as the innocent Susan in an underwritten role, but Donald Houston is first-rate as Joe’s best friend and confidante. Donald Wolfit and Ambrosine Phillpotts are contemptibly superior as the snobbish elder Browns, and John Westbrook joins them as the haughty Jack Wales. Allan Cuthbertson makes a forceful impression as Alice’s contemptible husband George while Hermione Baddeley matches him beat for dominating beat as Alice’s best friend Elspeth, a performance that earned her an Oscar nomination and still ranks as the briefest performance ever to earn recognition from the Academy.

The film is framed at 1.66:1 and is presented in 1080p resolution using the AVC codec. It’s a beautiful new transfer with excellent sharpness and a solid grayscale that features rich, deep black levels and pure whites. There is one very noticeable lengthy white scratch that runs along the left side of the frame during the film’s final quarter hour, but otherwise it’s a pristine presentation. The movie has been divided into 8 chapters.

The DTS-HD Master Audio 2.0 mono sound mix is very reminiscent of its era. Occasionally dialogue can be a trifle hard to hear in quieter moments (likely in the original recording and not a result of the new transfer), but it’s been mixed with surety with Mario Nascimbene brooding music and the appropriate sound effects. More importantly, there are no problems with age-related artifacts like hiss, crackle, flutter, or pops.

Audio Commentary: film historian Kat Ellinger contributes another of her overly talky ruminations on the movie. While her research is decent, her occasional sociological ramblings take her right past a significant moment in the film she wanted to discuss (she mentions passing by some noteworthy scenes several times) proving that perhaps better planning and a pre-written script would do wonders for her effectiveness as a commentator.

Kino Trailers: I Want to Live!, The Children’s Hour, Separate Tables, Marty, Lilies of the Field.

Nominated for six 1959 Academy Awards including Best Picture (where it faced the formidable competition of ultimate winner Ben-Hur, The Nun’s Story, Anatomy of a Murder, and The Diary of Anne Frank), Jack Clayton’s Room at the Top offers still-engrossing drama centered on discontented lives heading toward some further disappointments and dissatisfactions. The Kino Blu-ray presents the film in its best-ever representation with excellent picture and sound and with a firm recommendation.

I bought the U.K. disc some time ago. I assume this disc uses the same excellent transfer.

A great film, and considered to be very daring at the time it was released (X certificate in the UK), and Simone Signoret proves you don't have to be young or stick thin to be as sexy as sin.
Reactions: Filmgazer

Jack Clayton is an underrated director. "My Mother's House" is a great film too.

I see under "Special features" that two of the trailers are Lilies of the Field and I Want to Live!. When did KINO release those two? I got them both from Twilight Time.

battlebeast said:
I see under "Special features" that two of the trailers are Lilies of the Field and I Want to Live!. When did KINO release those two? I got them both from Twilight Time.
Click to expand...

They may be DVDs instead of Blu-rays. I know Kino has released DVD versions of Twilight Time Blu-rays until the license ran out. Judgment at Nuremberg comes to mind.
Reactions: battlebeast

Matt Hough said:
They may be DVDs instead of Blu-rays. I know Kino has released DVD versions of Twilight Time Blu-rays until the license ran out. Judgment at Nuremberg comes to mind.
Click to expand...

Saw the movie for the first time thanks to my local library and liked it. Great performance by Simone Signoret and Laurence Harvey as the cruel and callous cad.

Thanks!
You must log in or register to reply here.

It Came From Outer Space: THE HTF 3D ADDICT REVIEW 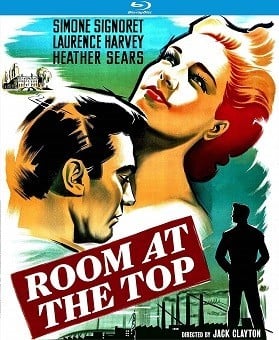