Alfonso Cuaron is one of the best directors working in the movies today. After achieving his breakthrough with Y Tu Mama Tambien (2001), he has directed an entry in the popular Harry Potter film series (2004’s Prisoner of Azkaban) as well as two well acclaimed science fiction films – Children of Men (2006) and Gravity (2013), the latter which got him an Academy Award for Best Director. His latest film, Roma, may just be his most personal as well as his most absorbing story. First available for streaming on Netflix, Criterion has picked up the film for its home video debut.

In the Colonial Roma neighborhood of Mexico City in the early 1970’s, Cleo Gutierrez (Yalitza Aparicio) is an indigenous maid working for a doctor’s affluent family. However, the family is strained due to tensions in the marriage between Antonio and Sofia (Marina de Tavira) and soon Antonio walks out on the family. Further complicating matters is Cleo’s pregnancy by her boyfriend, who wants nothing to do with her and the baby. All this and the day to day life of the family plays out amidst a forest fire and even student protests in the streets of Mexico City.

Roma is a masterful drama chronicling not just the simple and complex trials of life, but also one of the most genuine portrayals of a minority character in film. Director Alfonso Cuaron used moments from his own life to create the story (he also produced, shot and edited the movie) and places a great emphasis on the intimate and monumental events of every day life; this was territory often familiar to the great Japanese director Yasujiro Ozu, but done with a very personal and human touch. Further enhancing this was Cuaron’s decision to use non-professional actors to play the parts – a practice famously used in Italian Neorealism movies – which lends an authentic feeling to the emotions and trials of the plot. Finally, the movie is beautifully shot and well paced, making the action move along smoothly without being to draggy or burdensome. In short, Roma is a labor of love for a director working at the top of his craft and also one of the best movies of the past decade in any language.

Yalitza Aparicio, making her film debut here, casts an unforgettable impression as Cleo; she would earn an Oscar nomination for Best Actress, making her only the second Mexican actress to do so, as well as being named to Time’s 100 Most Influential People in the World for her performance (not bad for a film debut). As the head of the family having to cope with her doctor husband’s affair, Marina de Tavira gives the film its second strong performance; she would also earn an Oscar nomination for her work here. Much of the rest of the roles here are played by non-professional actors but they are no less remarkable; they include Fernando Grediaga as Sofia’s absentee husband, Veronica Garcia as the family matriarch, Marco Graf, Daniela Demesa, Diego Cortina Autrey, and Carlos Peralta as the children, Jorge Antonio Guerrero as Cleo’s lover and father of her unborn child, and Nancy Garcia as Cleo’s close friend and fellow maid working in the family house.

The film is presented in its original 2:39:1 aspect ratio for this release, taken from a 4K digital master supervised by Alfonso Cuaron. Fine details are rendered faithfully, with inky blacks and shadows and a faithful gray scale. Overall, the transfer faithfully preserves what you see on Netflix in its home video debut.

The movie’s original Dolby Atmos soundtrack is presented on a Dolby Atmos track for this release. Dialogue is clear along with the sound mix; the soundtrack – consisting of a mixture of songs and music by various artists ranging from Hector Berlioz and Andrew Lloyd Webber to Juan Gabriel and Leo Dan – is also strong with great fidelity and ambiance. All in all, this release faithfully showcases the film in its home video debut.

Road to Roma (1:12:53) – In this new feature length documentary, the making of the movie from concept to final product is showcased, with behind the scenes footage and a new interview with Alfonso Cuaron. Note: the documentary is also available for streaming on Netflix.

The Sound of Roma (27:14) – The film’s immersive soundtrack and sound mix are the subject of this new featurette, with interviews with Cuaron, Gough, re-recording mixers Skip Lievsay and Craig Henighan & sound designer Sergio Diaz.

Roma Brings Us Together (18:32) – Producers Rodriguez and Celis talk about the film’s release, as well as the challenges of presenting the film in the rural area of Mexico, in this new featurette.

Roma not only further cements Alfonso Cuaron’s status as a top filmmaker, but it’s also one of the most touching and personal films to be released in recent memory. Criterion should be highly commended for bringing the movie on home video, with a great slate of immersive special features to go with a great audio and visual presentation. It’s highly recommended you add this Criterion title to your collection. 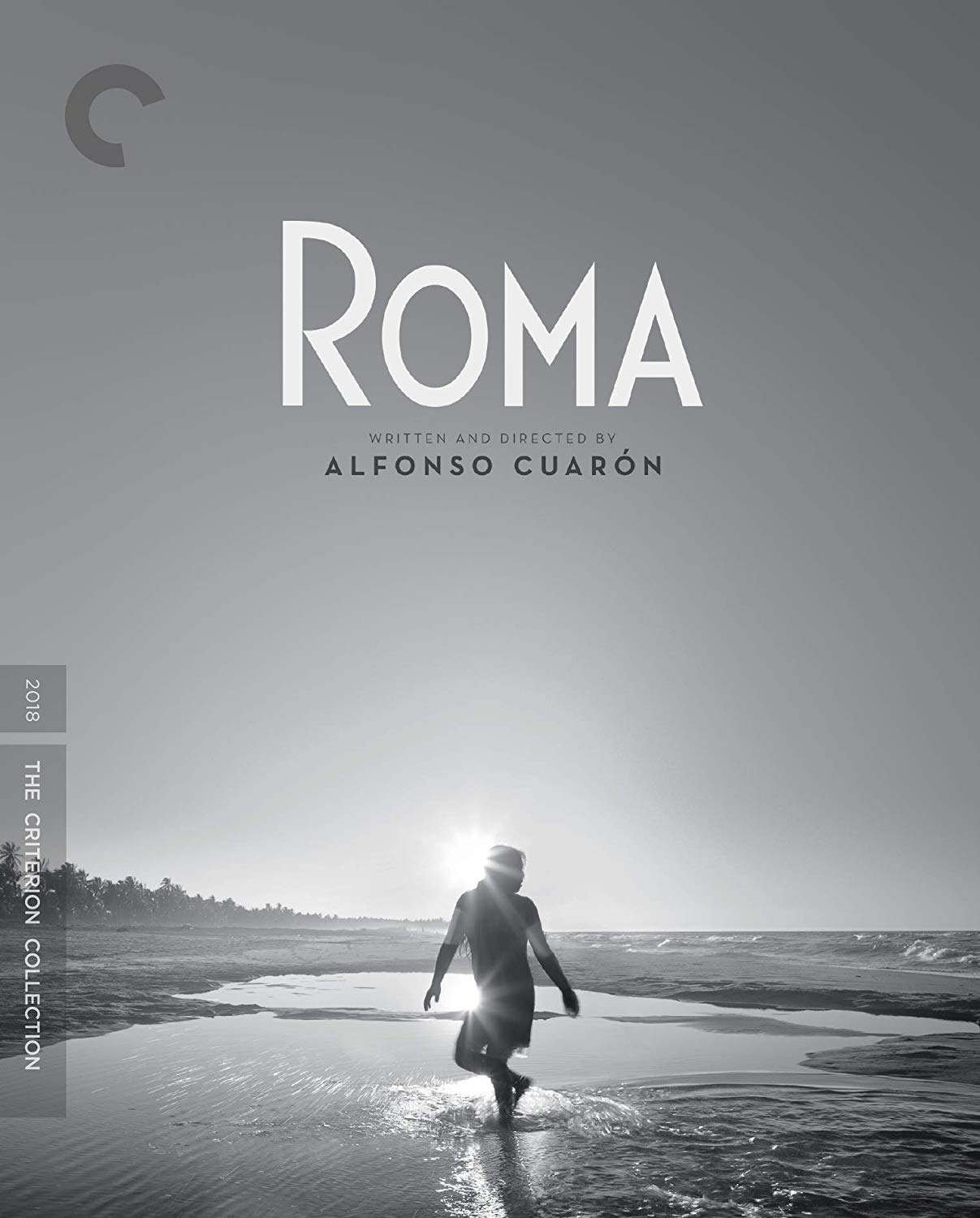