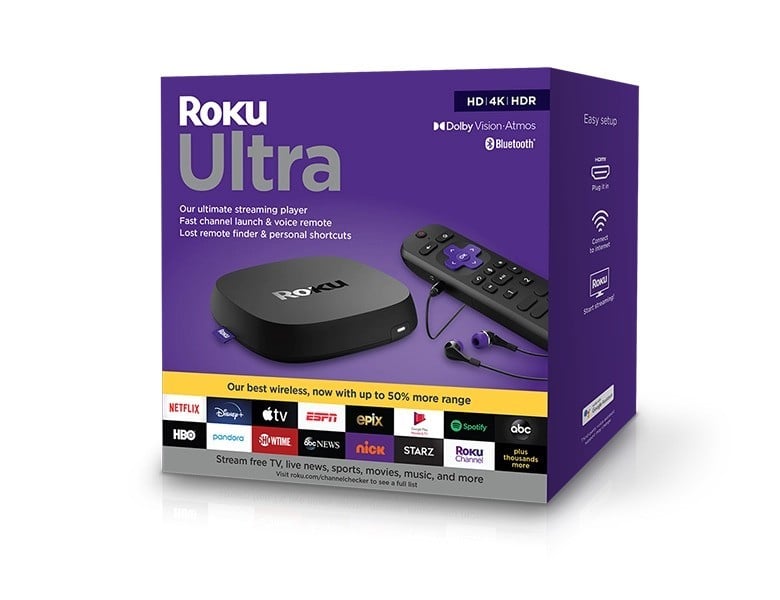 Let’s start with the more frustrating announcement first, and that would be yet another hardware refresh to the Roku Ultra, which will now support both Dolby Vision HDR and Dolby Atmos. This is the first Roku streaming device to support Dolby Vision, which is in itself exciting, but is pretty much a slap in the face to anyone who purchased last year’s Ultra model that was nearly identical to the previous Ultra model with the exception of a newer CPU. This Ultra model should have been released last year. Roku also claims that this year’s Ultra has a new and improved Wi-Fi chipset that supposedly increases the range by 50%, although it does not support the newer Wi-Fi 6 standard, but does add Bluetooth connectivity support (for headphones and speakers). As with previous Ultra models, this one includes USB and Ethernet ports and the remote includes a headphone jack for private listening and lost remote finder.  Perhaps even more disappointing is that this is the only new Roku streaming device announced for 2020, holding over the aging Roku Express, Roku Premiere, Roku Streaming Stick+, and even more confusing, the Roku Ultra LT (which is last year’s Ultra model). None of the holdover models support Dolby Vision. The new Ultra is expected to begin shipping on October 18 and will retail for $99.99. 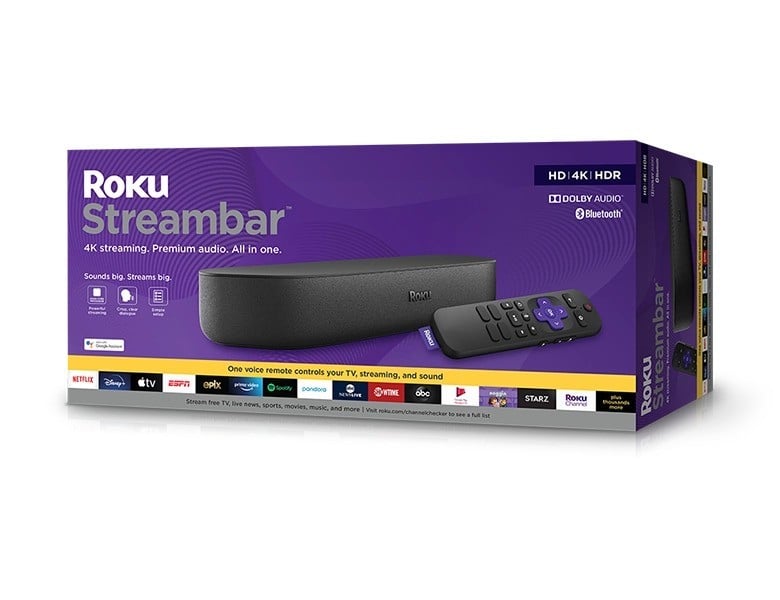 The other new product announced was the Roku Streambar, which is another rather disappointing product when you look under the hood. This is basically a compact soundbar (14 inches wide, 2.4 inches high, and 4.2 inches deep) with a built-in Roku 4K streaming device with HDR10 and HLG high dynamic range support. That’s right – no Dolby Vision! The audio specs include four 1.9-inch full range drivers, four sound modes (Normal, Reduce bass, Bass boost, and Bass off), three Speech Clarity modes (Off, Low, High), three Volume Modes (Off, Leveling, Night Mode), and support for PCM and Dolby Audio. The Streambar includes the standard Roku Voice remote, allowing you to provide voice commands and control your TV’s power and volume. Rear ports on the speaker include an HDMI 2.0a (includes ARC), optical input, and a USB 2.0, but no ethernet, although the device does support 802.11ac dual-band Wi-Fi. Retail is $129.99 and is expected to begin shipping on or around October 18. 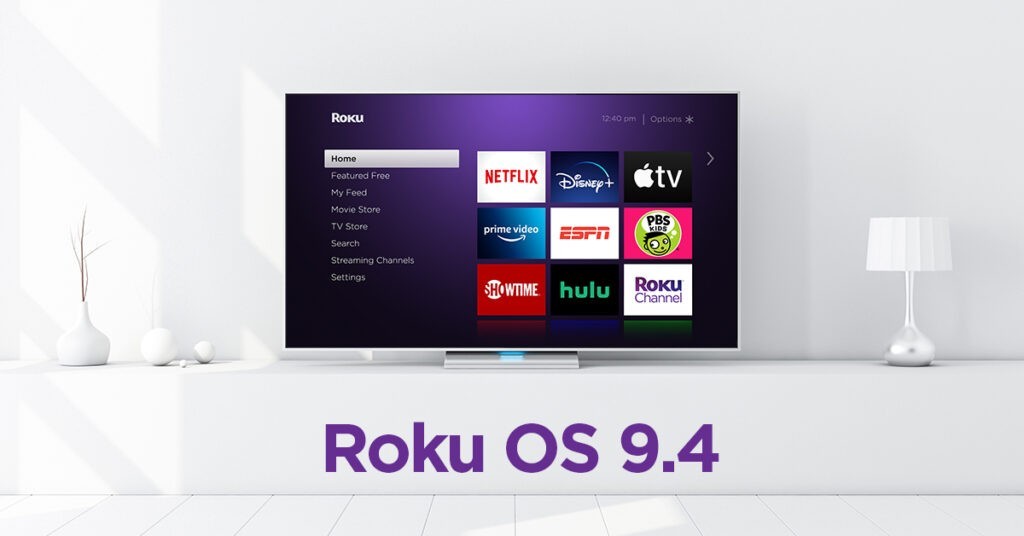 The other big news announcement from Roku was a few new features coming to OS 9.4. Perhaps the most exciting for Apple iOS users was the addition of Apple AirPlay2 and HomeKit to select 4K Roku devices, allowing you to “stream, control and share your favorite content from your iPhone, iPad, or Mac to your Roku device.” AirPlay2 and HomeKit will be added to OS 9.4 “later this year” so don’t expect it to be included when the new update is pushed to your device. Roku TV owners will also be getting a Live TV Channel Guide, combining over 115 free live streaming channels with any OTA broadcast channels you may be receiving. Other new features include Helpful Hints for Roku Voice (on-screen voice commands you an use instead of clicking the remote) and Surround Level Control for those using Roku multi-channel speakers, allowing you to adjust the volume of your surround speakers. Roku claims that Roku OS 9.4 will be rolling out to select Roku devices “this month” and eventually to all devices “in the coming weeks.” Experienced Roku users know that weeks actually means months, as devices are often updated in batches, pushed by Roku servers as part of Roku’s update lottery.

Roku also announced that the Roku Channel app will be rolling out to iOS and Android smartphones later this year plus several new “channels” coming soon, including The LEGO Channel, Hi-YAH!, and Circle.

It's nice to see Roku finally release a device with Dolby Vision support. I will not be upgrading my Ultra, though, as the only display I have with DV is the Vizio in my main setup. My current Ultra is in that setup, but I also have an Apple TV 4K there. The Ultra rarely gets used. Our other 4K display is a Samsung, which doesn't support DV. I just have a less expensive Roku Premiere in that setup.