Montreal-based VFX house, Rodeo FX, will shortly release three behind-the-scenes videos on October 2nd which will break down the inner workings of the creature and monster visual effects from the Stranger Things 3 season. The Mind Flayer itself was conceived on the back of the creature from The Thing and was subsequently modeled and animated by the Rodeo FX team. The company was also responsible for the more complicated visual effects environments, including “matter and substances,” as well as the imploding rats and moving goop shots in the show.

Rodeo FX were key developers for seven of the eight effects-driven episodes, taking care of the workflow from pre-vis to compositing, and VFX supervisor Martin Pelletier led a team of 200 artists to render 400 shots over a 13 month period. Pelletier met with VFX supervisor Paul Graff and the Duffer Brothers to go over all the technical challenges. 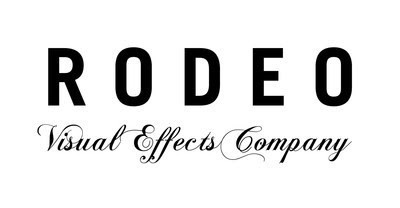 The three making-of videos will be available online from this Wednesday (October 2nd) and they include a Facebook Live session at 12PM EST on the same day with VFX supervisor Martin Pelletier and animation supervisor Yvon Jardel.

“After watching the first season of Stranger Things, I remember thinking that I had to work on that show one day,” said VFX Supervisor Martin Pelletier. “The third season was such a treat to be a part of. Working with the Duffer Brothers is a remarkable experience. They are really enthusiastic and it’s incredible to witness their creative process.”

Rodeo FX is know for its three Emmy wins for the company’s work on HBO’s Game of Thrones. The company built its name delivering creature and animation work on It, Paddington 2, Bumblebee, Jumanji: Welcome to the Jungle, and Fantastic Beasts and Where to Find Them.

“Netflix trusted us with the biggest effects for their flagship show, which was both a tremendous honour and a great challenge,” said Rodeo FX President Sebastien Moreau. “I’m incredibly proud of how our teams rose to the occasion and delivered truly hair-raising creatures and effects.”

We don’t currently have a link to the making-of videos yet, but please let us know if you’re interested to see them, and we’ll find the details. There is more information about the effects house RodeoFX here.