Dutch filmmaker Paul Verhoeven occupies a unique place in modern filmmaking on both sides of the Atlantic. His blending of social satire with more explicit themes such as violence and sex are evident in films like Soldier of Orange (1977), The Fourth Man (1983), Total Recall (1990), Basic Instinct (1992), Starship Troopers (1997), and the infamous Showgirls (1995), just to name a few. His breakthrough film here in America, RoboCop, contains that mix of satire and violence while also letting loose with special effects in the director’s first Hollywood movie. Previously released on both DVD and Blu-ray by MGM and by Criterion on both Laserdisc and DVD, Arrow has licensed the film for a Limited Edition Blu-ray treatment.

In the near future, the city of Detroit is overrun by crime and Alex Murphy (Peter Weller) is just one of many cops trying to keep the peace. Unfortunately, on his first day on the job for the city’s West Precinct, he is violently tortured, shot, and left for dead by the ruthless Clarence Boddicker (Kurtwood Smith) and his gang when Murphy tries to bring them in following a bank robbery. However, through the use of his body by enterprising OCP executive Bob Morton (Miguel Ferrer), he is reborn as RoboCop, the city’s latest defense against the crime wave. But Murphy’s memories start to return, and this combination of half man and half machine is set on the path against not only Boddicker, but a high ranking member of OCP (Ronny Cox) who may just be responsible for the chaos in Old Detroit.

RoboCop has made an impression over the years as not just a thrilling action film, but also a complex story that has many ideas and humor lurking beneath the surface. What could’ve been a schlocky science fiction story is instead given a sense of humor amidst the over the top violence (some of which may have been intentional) and also has some ideas about humanity and conformity especially when looked at in the frame of the man or machine lens. On top of all that, the film is well made with vivid special effects that bring the story to life and put the action into motion; once it gets going, there’s very little let up or lag to it. Finally, Paul Verhoeven’s direction and great performances from the ensemble cast provides the story with its proverbial nuts and bolts, lending both weight and substance to the stylish setting. In short, RoboCop is not just a slam bang thrill ride, but also a sharp and incisive look at the decade of excess that obviously inspired it; while two sequels and a remake have followed, none have truly matched the heady brew of action, comedy, and satire that the original got right.

In taking on the title role as well as playing the ill-fated Murphy, Peter Weller was given one of his best and most well known roles; he would reprise the part in the first direct sequel, Robocop 2 (1990). Nancy Allen also makes a memorable impression as Murphy’s partner on the Detroit police force, Anne Lewis (she would be one of four cast members here to appear in all three films in the trilogy); before becoming better known to TV audiences as Red Forman on That 70’s Show, Kurtwood Smith brilliantly incarnated the dangerous Clarence Boddicker here. Better known for playing nice guys prior to this film, Ronny Cox wonderfully plays against type as the ruthless OCP executive with a connection to Boddicker; Dan O’Herlihy adds an air of ambiguity as the Chairman of OCP, better known as “The Old Man” (he would take on a more direct villainous role in the sequel). Other noteworthy cast members and performances here include Miguel Ferrer as the enterprising and doomed OCP executive Bob Morton, Paul McCrane, Ray Wise (the Swamp Thing himself), Jesse D. Goins, and Calvin Jung as members of Boddicker’s gang of crooks, Robert DoQui as Sergeant Reed (the second cast member), Felton Perry as fellow OCP executive Johnson (the third), Mario Machado (the fourth) and Leeza Gibbons as the Media Break anchors, and S.D. Nemeth as the lead actor of the TV series “It’s Not My Problem” (“I’d buy that for a dollar!”).

Both the original theatrical cut and the unrated Director’s Cut are presented in the original 1:85:1 aspect ratio for this release, taken from a 4K restoration of movie from the original camera negative, performed in 2013 and approved by director Paul Verhoeven. Both versions have organic film grain that’s sturdy throughout with some fluctuations in some scenes; color palette is also strong too, with fine details rendered faithfully and some instances of crushed blacks apparent in scenes involving dark interiors. There’s very minimal instances of issues like tears, scratches, and dirt present, which means that both versions of the movie have likely been given the best presentation on home video.

Commentary by director Paul Verhoeven, producer Jon Davison & screenwriter Ed Neumeier – Originally recorded in 2001, and re-edited in 2014 for the MGM Blu-ray, the trio talk about the movie and some of their personal experiences.

Commentary by Paul M. Sammon – Newly recorded for this release, the film historian and former Orion Pictures executive goes over more of the substantial details of the production and the themes of the movie.

Commentary by Christopher Griffiths, Gary Smart & Eastwood Allen – Newly recorded for this release, the three fans of the movie go over some of the production details with great enthusiasm.

The Future of Law Enforcement: Creating RoboCop (16:51) – In this new interview, co-writer Michael Miner talks about some of the influences on the film’s script as well as a bit of his own career.

RoboTalk (32:08) – In this round table discussion, co-writer Ed Neumeier, David Birke & Nicholas McCarthy talk about the movie as well as some of the stories involved with the production.

Truth of Character (18:26) – In this newly filmed interview, Nancy Allen talks about her performance and her involvement in the movie.

Casting Old Detroit (8:20) – This newly filmed interview shows casting director Julie Seltzer talking how she manage to help get the cast in place for the movie.

Connecting the Shots (11:06) – Mark Goldblatt talks about the work he did for this movie as well as Paul Verhoeven’s later efforts in this newly filmed interview.

Analog (13:10) – In this newly filmed featurette, Peter Kuran & Kevin Kutchaver talk about their work in creating the visual effects for the movie.

RoboProps (12:50) – Collector Julien Dumont show offs some of the memorabilia from the movie and its two sequels in this newly filmed featurette.

2012 Q&A with the Filmmakers (42:36) – The 25th anniversary panel at UCLA is presented here, with Paul Verhoeven, Peter Weller, Nancy Allen, Ed Neumeier, Michael Miner and Phil Tippett fielding questions about their memories of making the movie.

RoboCop: Creating a Legend (21:10) – How the movie and character came to life is the focus of this vintage 2007 featurette; among those interviewed include Peter Weller, Paul Verhoeven, Jon Davison, Ed Neumeier, Michael Miner, Kurtwood Smith, Miguel Ferrer, Ray Wise and Paul Sammon.

Villains of Old Detroit (17:00) – In this 2007 featurette, the villains of the movie get their close up; among those interviewed include Kurtwood Smith, Ronny Cox, Ray Wise, Miguel Ferrer, Ed Neumeier, Michael Miner and Paul Verhoeven.

Special Effects: Then & Now (18:21) – This 2007 featurette looks at the practical and visual special effects of the movie; among those interviewed in Paul Verhoeven, Phil Tippett, Rocco Gioffre, Craig Hayes, Paul Sammon, and William Sandell.

The Boardroom (6:02) – The storyboard for the boardroom scene in presented with commentary by Phil Tippett in this legacy featurette from 2001.

Deleted Scenes (2:50) – Four scenes cut from the movie, including the original ending, are presented here.

Isolated Score Tracks – Both Basil Poledouris’ original score and the final mix for the movie are presented on separate DTS-HD Master Audio tracks.

TV Version – The 95 minute version of the movie, edited for national TV broadcast, is presented from a standard definition source.

RoboCop: Edited for Television (18:35) – This is a compilation of the scenes edited and redubbed for television, some coming from different broadcast versions.

Exclusive to the Limited Edition

As complete as this edition is in terms of special features, a few didn’t cross over here. The most notable include two vintage behind-the-scenes featurettes from 1987 and the 2001 retrospective featurette.

A hit with both audiences and critics alike, RoboCop has survived as one of the quintessential movies of the 1980’s, packed with both action and satire and a wicked sense of humor. Arrow has delivered likely the most definitive home video release of the movie, with both theatrical and Director’s Cut versions given high marks in both picture and audio quality as well as an amazing slate of special features as well. One of the best Blu-ray releases of 2019 and very highly recommended.

Dead or alive, you're coming with me. I have to check DVD Profiler to see when the last time I purchased this title was. I bet this is going to be an upgrade over whatever version is in my library.
Expand signature
XBox Live: TheL1brarian (let's play Destiny 1 or 2 on XB1)

You are losing the old Criterion Commentary on the the Director's Cut but that's fairly redundant all things considered.

As I already have the remastered directors cut, only draw for me are the new extras. 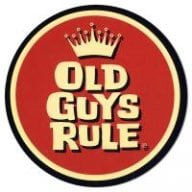 I have the Movie on DVD. But have never done any upgrade on it.
I think this will be the time to do it!
Reactions: RBailey

Agree with the reviewer that this is one of the best releases of 2019. Might even put it #1.

RJ992 said:
As I already have the remastered directors cut, only draw for me are the new extras.
Click to expand...

I feel the Arrow release has a slightly improved PQ over the MGM/Fox release and until there is a 4k release the best out there. Plus we get the 2.0 & 4.0 lossless audio tracks.


On a sidebar Detroit will soon have a Robocop statue.
https://www.popularmechanics.com/culture/a30521657/robocop-statue-detroit/

Limited edition also comes with this sticker which was not listed in the Arrow specs. 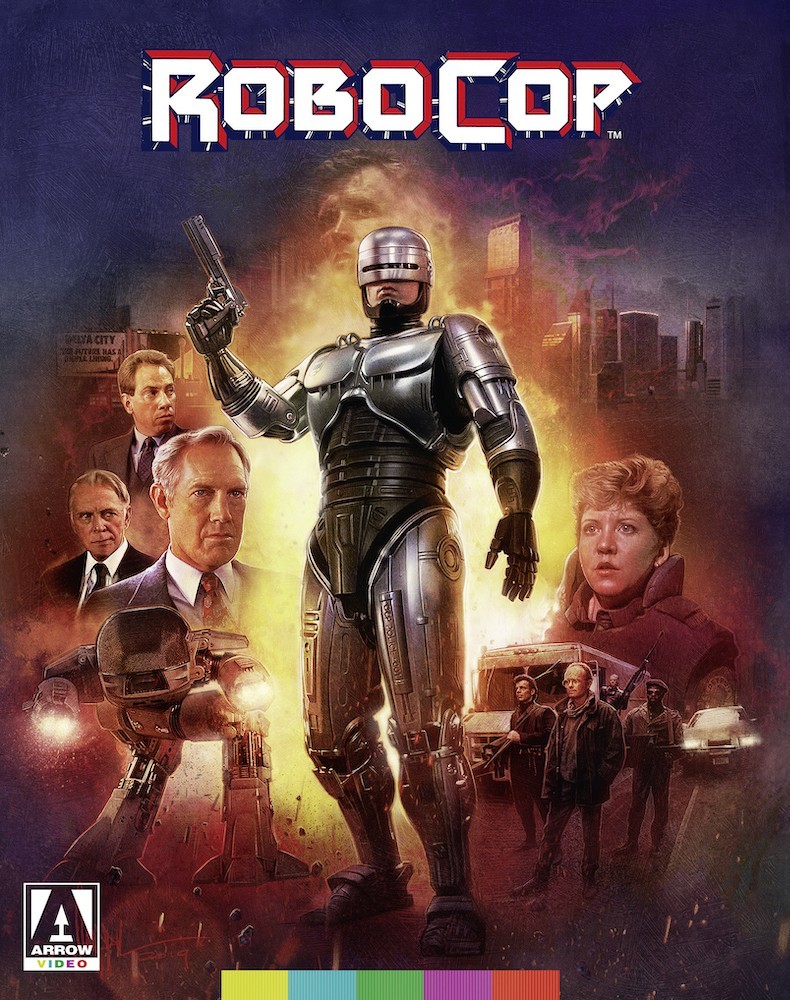