Forum List What's new Dark Style Change width
Log in Register
What's new Search
Menu
Log in
Register
Navigation
Install the app
More options
Dark Style
Close Menu
Posted on October 27, 2020 by Sam Posten
You are using an out of date browser. It may not display this or other websites correctly.
You should upgrade or use an alternative browser.
I'm delighted to tell you, that you've just won the grand prize! 3.5 Stars 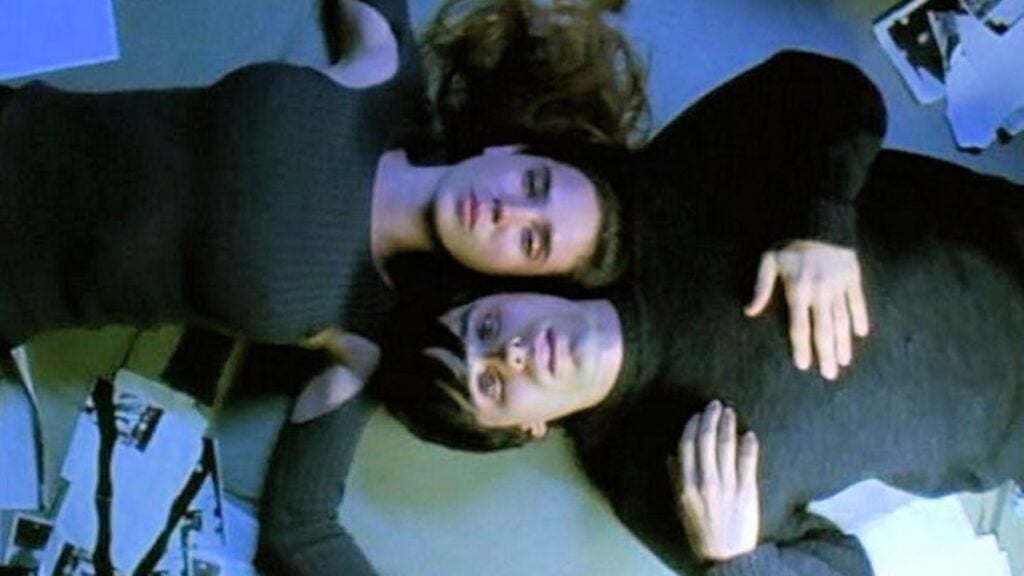 Harry (Jared Leto) and his girlfriend Marion (Jennifer Connelly) are young, in love, and junkies. Their drug habits are consistent but somewhat manageable, as long as Harry deals enough to cover their costs. When he can’t, he and his hiphop DJ friend Tyrone (Marlon Wayans) run scams like pawning off his mother Sara’s (Ellyn Burstyn) TV for pocket change.

Sara’s got problems of her own: She’s old, lonely, and gaining weight. When called randomly to appear on a TV show, Sara fantasizes that doing so will solve all her problems: She’s be famous, adored, and surrounded by fans. To get there she’ll start abusing amphetamine diet pills, prescribed by a doctor. The drugs work fabulously to help her slim down but then take her towards madness, despite their legality.

When one of Tyrone’s drug deals goes bad, he gets locked up and Harry has to spend all the dough he and Marion have saved up to spring him. And then the heroin drought hits and Harry can neither sell any product nor have enough for him and Marion to use to maintain their own addictions. Marion turns to sex work to make enough, first as a transactional arrangement with an acquaintance and then as a kept woman and finally as a sex show participant for a nasty dealer (Keith David).

What starts as 4 interwoven American Dreams turns into simultaneous nightmares, and Requiem is here to both witness and sing of their hopes, failings, and demise. 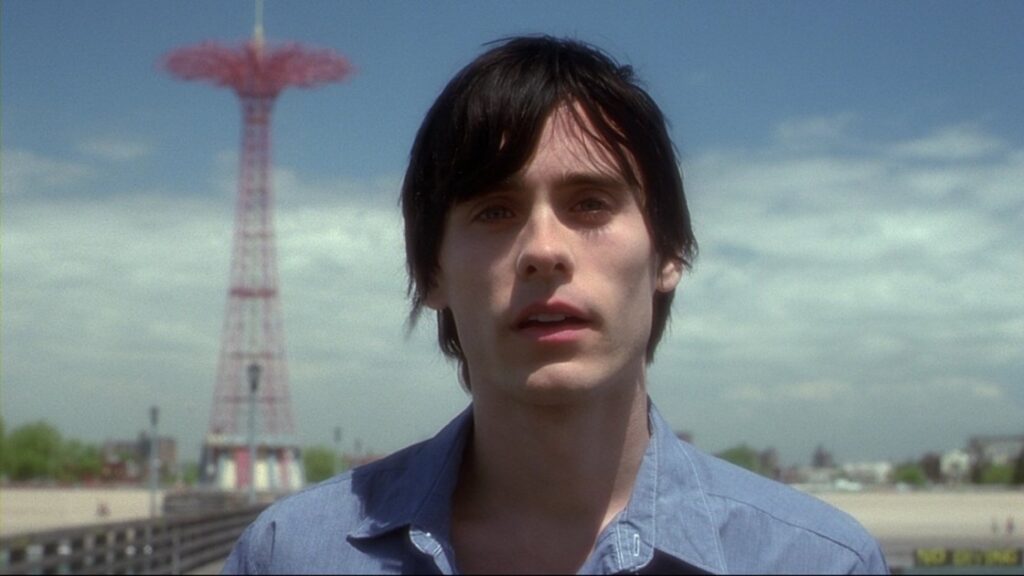 Confession time: I requested Requiem for a Dream not because I loved the film, but because I mistook it for “What dreams may come”, which I disliked immensely on first viewing several decades ago. Imagine my surprise when what showed up was a film by Daron Aronofski, one which I had never seen before. Nevertheless I jumped in and am happy to report that despite the tragic contents of Requiem, it is a superb film that captures a slice of life in a period I have lived through and not too distant from my home. While I am not familiar with the day to day lives of addicts like the 4 here, I absolutely am familiar with the drive and manias that Requiem depicts: The needs for love, attention, excitement and having at least just enough resources to survive.

Requiem is based on the novel of the same name by Hubert Selby Jr. (Selby also wrote Last exit to Brooklyn), and is moderately true to the source material, which Aronofski optioned himself. While the 4 principal actor’s performances are terrific and key to the story, the hidden characters of addiction, body dysmorphia, constant TV banter, loneliness, and the hum of everyone’s dreams and drives are not second place to the real people themselves. Each mania adds to the story of Requiem and grinds and churns those in their paths.

No discussion of Requiem would be complete without addressing the music and the hectic editing, both of which bring addictions to life in real time. From the Kronos Quartet’s haunting dirges to the frenetic 2000+ shot hip hop montage Aronofski subtly elevates the art of tragedy.

And then there is the fabled sequence where Marion reaches bottom, with shouting, nearly faceless, Wall Street goons clambering for her to debase herself entirely. Looking back at this scene (which ultimately caused the film to be unrated or NC-17), it’s hard to judge whether it was worth it in the end. In the extras Aronofski notes that while Requiem was not a commercial success it’s found its audience on home video and those fans he talks to find it’s messages and themes to be personal and heartfelt. 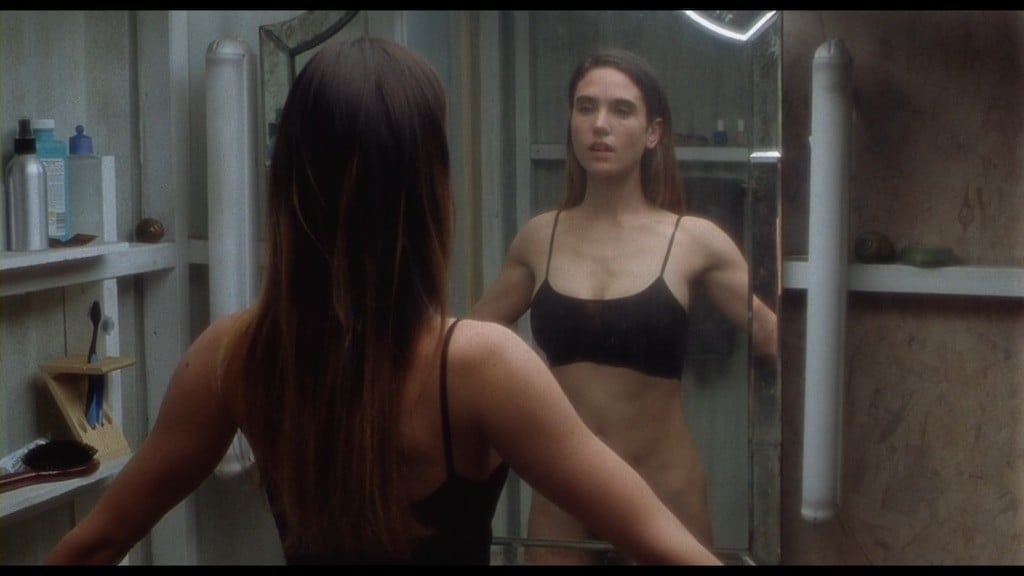 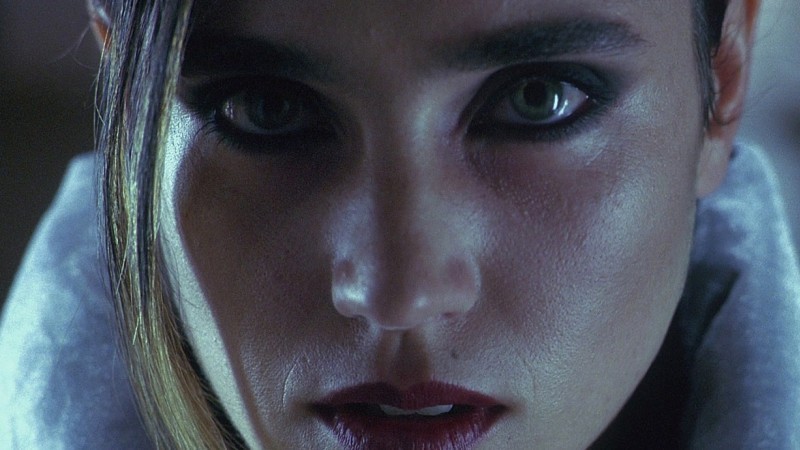 Despite being presented in Dolby Vision and HDR 10, Requiem does not have a lot of scenes that are noteworthy for sparkling highlights. The 4 characters might live in the sunny haze of Coney Island mid 90s, but they spend a lot of time inside in dark environs crawling around the streets at night. Those are well captured without distracting noise, which is notable given the independent production. Still, there’s not much else to say about it other than this transfer captures the source material swimmingly. What is noteworthy is how well it presents some of Requiem’s more experimental effects, including dizzying montages and hallucinations with ferocious accuracy. 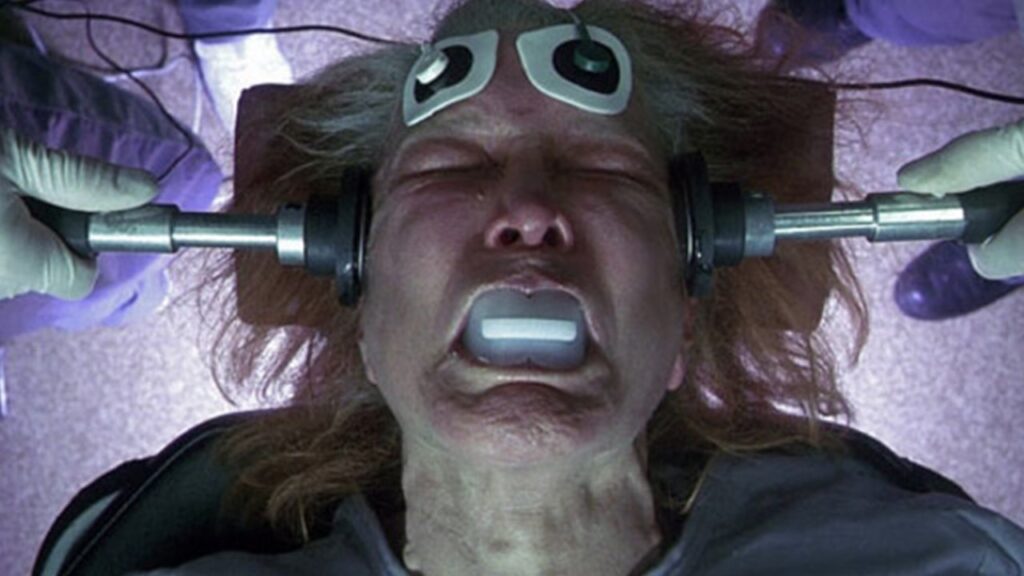 I have not heard prior versions of the audio but, unlike the video side of things, the Atmos Soundtrack is truly stellar. Environmental cues help home appliances appear to be monsters. TV audiences surround Sara. And the crowds going crazy around Marion at the end are claustrophobic and overwhelming. The pops and whirs of the use of drugs really sell the kinetic effects. And the looming tragedy of the main themes from Lux Aeterna rise throughout until their finale. 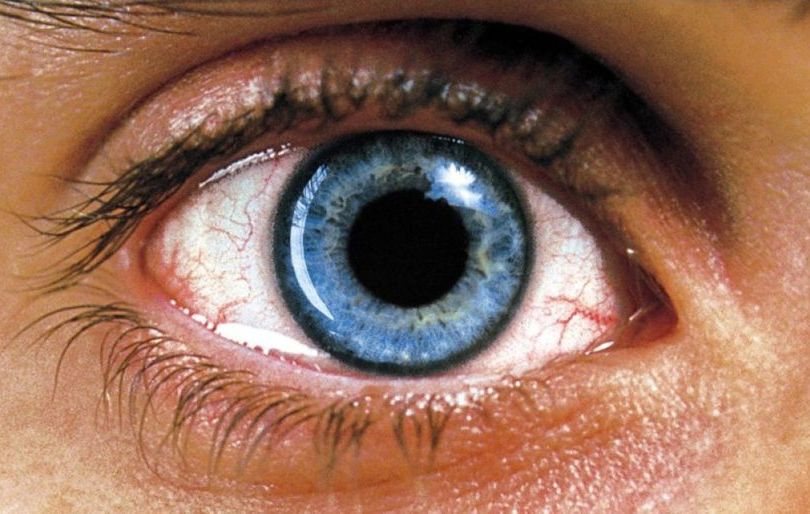 I’m not big on commentary tracks but I listened to the first hour of Aronofski’s 2000 era effort here and found it illuminating, funny, and tragic, just like the film.

On Set 1999 brings a look at what filming was like for this crew, their first more substantial effort after the success of Pi.

Transcendent Moments – A deep discussion with the film’s composer regarding the hip hop influences and the role of a Requiem, and adds flavor to how Kronos transformed his composition into something greater than imagined.

Ellen Burstyn on Requiem recounts her experiences with the film, including originally turning it down, her other roles dealing with drugs, the horror of growing old, and dealing with a fat suit.

Through Their Eyes is a cast interview that digs into the insights for the roles and how they prepared and what they took from the experience.

I could not be more happy to have discovered this film, 20 years after its release, even given the confusion that caused me to request it. It hits hard and doesn’t let up, presenting a compelling look at what happens to those who fall through the cracks in society and get pummeled by their hopes and dreams. We are two decades past Requiem’s release and drugs are still wrecking havoc in America. And yet we still have hope. What the movie doesn’t provide is any kind of post script, we have to hope that somehow after reaching bottom at least 3 of the 4 have made lives for themselves and that the dream lives on. 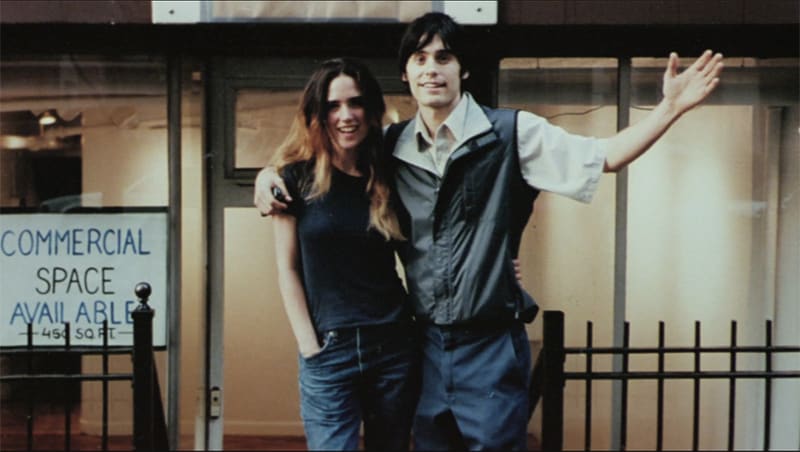 He Knows You're Alone - Blu-ray

I am receiving this tomorrow, and not sure what I've signed up. But thanks for getting me as ready as possible!
J

ArnoldLayne said:
I am receiving this tomorrow, and not sure what I've signed up. But thanks for getting me as ready as possible!
Click to expand...

Guaranteed you will feel this movie for at least a couple of days after watching it.

Twenty years ago, I, along with a small group of HTF members watched this movie in a Hollywood theater during one of our HTF Meets in LA. It's one of the most depressing movies I'd ever seen. Even though it's a great movie about drug addiction, I have zero desire to ever watch it again.

Robert Crawford said:
Twenty years ago, I, along with a small group of HTF members watched this movie in a Hollywood theater during one of our HTF Meets in LA. It's one of the most depressing movies I'd ever seen. Even though it's a great movie about drug addiction, I have zero desire to ever watch it again.
Click to expand...

I can totally appreciate that. I wonder how 30 year old me would have reacted differently to it than 50 year old me.
P

A harrowing, disturbing and still realistic film to be seen;
even if it’s only for that one single time.

Thanks for a great review, Sam. I passed on this film when it was originally released but always wondered what Marlon Wayans could do in a non-slapstick role. I love seeing type cast actors out of their element.

So Sam, if you hated What Dreams May Come so much, why did you want to review it?

John Dirk said:
Thanks for a great review, Sam. I passed on this film when it was originally released but always wondered what Marlon Wayans could do in a non-slapstick role. I love seeing type cast actors out of their element.
Click to expand...

He was great in this movie.

Robert Crawford said:
He was great in this movie.
Click to expand...

Even more to the point it didn't feel like Robin Williams doing a non-comedy role where you expected him to drop character and do some manic behavior (such as Dead Poets Society - even though I loved that film!) ... but nearly all of the In Living Color cast were actors first ...
Then Jeffrey D said:
Guaranteed you will feel this movie for at least a couple of days after watching it.
Click to expand...

Whew- yes watched it during the week, after watching another depressing move - To the Wonder. Both auteur movies, with 180 degrees different style! Requiem was pretty wild, all characters were very well acted, but Ellen B really gave it all and was so good. Afterwards, I though about selling it off (I have the Vudu version also), but I may just watch the disc again sometime.
You must log in or register to reply here.