Forum List What's new Dark Style Change width
Log in Register
What's new Search
Menu
Log in
Register
Navigation
Install the app
More options
Dark Style
Close Menu
Posted on April 15, 2019 by Sam Posten
You are using an out of date browser. It may not display this or other websites correctly.
You should upgrade or use an alternative browser.
What if something horrible goes wrong? 3 Stars 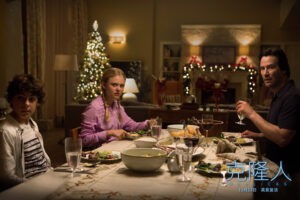 In Replicas, Keanu Reeves plays William Foster, a neuroscientist on the brink of the impossible: transferring the memories and consciousness of newly deceased into robotic hosts. Under crushing pressure to get it right after expensive failures, William takes his family on a brief respite from the corporate offices at Aricebo, Puerto Rico. On the drive there his wife Mona (Alice Eve) and all three children die in an accident. Foster recruits his lab tech Ed (Thomas Middleditch) to perform the brain transfer from Mona and two of the three children into fabricated clones instead of the robotic hosts they had been using. Using DNA tanks from their lab, Foster and Ed can create perfectly aged replica bodies. Because they only have three tanks there is no room to build a fourth body in time. Foster will have to choose who has to leave behind, and he chooses his youngest daughter. To make this scheme work, they will have to remove all memories of the missing child from the replica family members and juggle local law enforcement, family obligations and a boss with questionable motives (John Ortiz). 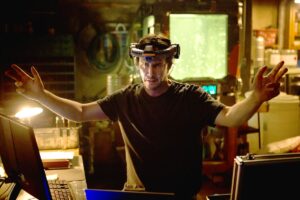 Created as an effort out of Reeves’ own production company, Replicas carries on the long tradition of Frankenstein and cloning and consciousness transfers fables that has inspired generations. Replicas puts a near modern spin on it, and adds familial complications and a veritable Sophie’s Choice to the mix. What’s most interesting however is the choice to not make Foster a madman but someone who believes his power can restore a family taken by him too soon. The question becomes: Is a morally questionable act done for love and grief any more palatable than for power and money?

Props to Middleditch for playing his standard awkward self, with a bit of a ‘guy in the chair’ effort, backing up the hero’s main story. Alice Eve is well cast as the wife who discovers the secret behind her survival. I didn’t really buy John Ortiz’s extended stares as much more than the one dimensional boss who secretly has even worse bosses. 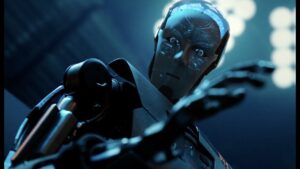 For an independant budget film Replicas looks outstanding. It’s terrifically sharp and detailed throughout, even in the dark interiors of lab spaces and the Foster’s basement. There’s a fine grain layer that gives it a modern yet timeless look, with plenty of shadow detail that is not marred by noise or artifacts. I was originally disappointed that this release did not come out on a 4k UHD but given its independent origins I’m not surprised now. Sure an HDR pass would have been cool, but this film does not suffer from the lack of it. 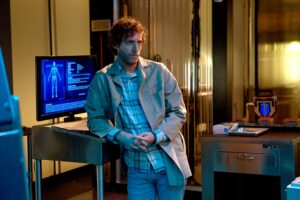 This Blu tops out with a DTS-HD Master Audio 5.1 track and that seems sufficient, again especially because of the independent studio origins. There’s limited explosive action contained in the early car crash during a rainy night, and gunfire near the end of the film, so it wouldn’t exactly be an Atmos standout anyway. The music and dialogue sounded great.

The primary extra is a Making Of featurette titled Imprint Complete. I found it entertaining and informative.

There’s also a feature length commentary track which I skipped. I didn’t dig the film enough to invest the time in this.

There is a collection of deleted scenes which depict an alternate track the film could have followed. Those were pretty interesting actually, where most deleted scenes are just junk.

Note to Lionsgate: Trailers are not extra features in 2019.

The package also contains a DVD and a digital copy. 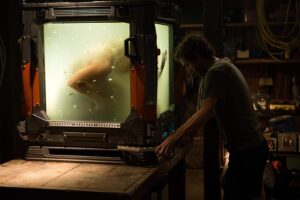 Overall I enjoyed the take that Replicas chose to pursue with regard to cloning and memory transfer, but the whole wasn’t as satisfying as I’d have hoped. Ultimately in the catalog of Keanu Reeves films somehow this character doesn’t reach the greatness he infuses so many of his others with, but it’s not nearly as bad as the 10% Tomatometer might lead you to believe. If these kinds of Sci-Fi are your bag you could do a lot worse than giving this one a fair shake. 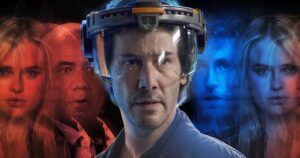 Release day! Anyone pick this up or see it theatrically?
You must log in or register to reply here.