Forum List What's new Dark Style Change width
Log in Register
What's new Search
Menu
Log in
Register
Navigation
Install the app
More options
Dark Style
Close Menu
Posted on June 28, 2020 by t1g3r5fan
You are using an out of date browser. It may not display this or other websites correctly.
You should upgrade or use an alternative browser.
Frontier western debuts on Blu 4 Stars

One of the greatest, if somewhat overlooked, stars of Golden Age Hollywood was Robert Mitchum. He rose to prominence during the 1940’s for a pair of successful film noirs for RKO Radio Pictures, Jacques Tourneur’s Out of the Past and Edward Dmytryk’s uncompromising Crossfire (both 1947); he would also receive the only Oscar nomination of his career for his supporting role in William A. Wellman’s The Story of G.I. Joe (1945) during this time. Fresh off of those successes, Rachel and the Stranger is an interesting anomaly in Mitchum’s career, if for the reason that it was a western (that part was not too surprising, since he had appeared in several) that had him playing an atypical character compared to his previous performances. Warner Archive has given the movie is home video debut featuring the film restored to its original version.

On the western frontier of early 19th Century America, David Harvey (William Holden) is eking out a living as a farmer on the edge of the Ohio River Valley backwoods with his son Davey (Gary Gray). Recently widowed and feeling that Davey needs a mother’s love, David manages to find a wife – in name only – in Rachel (Loretta Young), a indentured servant whose contract David buys on advice from the settlement parson. There’s not much love until David’s friend Jim Fairways (Robert Mitchum) visits and becomes smitten with Rachel. This ignites David, who must now discover his true feelings for his wife amidst the encroaching danger of the Shawnee Indians; in the end, only one will end up with Rachel…

Although not high upon the list of movies one thinks about when talking about westerns, Rachel and the Stranger still exudes genuine charm. Based upon a short story by Howard Fast (Spartacus), the movie is very unique in the genre as it was one of very few to look at the role of women in the pioneer west; it also makes a brief look at the indentured servant trade (Cecil B. DeMille’s Unconquered a year prior also looked at this practice albeit in colonial America). The movie also makes great use of its location shooting, with the southern Willamette Valley of Oregon (around Eugene to be precise) beautifully filling in for the Ohio River Valley depicted in the story; finally, Waldo Salt’s screenplay wonderfully sets up and executes its premise and eventual love triangle with style and efficiency. It’s all wrapped up with solid direction by Norman Foster (Journey Into Fear) and with the three top billed stars working on top of their game here; in short, Rachel and the Stranger is a neat little gem that’s worthy of rediscovery.

Working with one of his most atypical roles, Robert Mitchum is a charming family friend who becomes enamored with the woman David takes to be his wife; he even gets to sing a few songs here and quite well too. Just fresh off of her Oscar win for The Farmer’s Daughter (1947), Loretta Young has one of her best – if underrated – roles as the woman who sparks affection in one man and a growing appreciation for her in the other. William Holden – still a couple of years away before this breakthrough performance in Billy Wilder’s Sunset Blvd. (1950) – makes for a solid lead as the farmer who goes from widower to marrying Rachel for convenience to finding his true feelings for her; Gary Gray is adorable as Little Davey, whose own progress in feelings for his new stepmother seems to follow his father’s. Rounding out the cast here include Tom Tully as the parson who introduces David to Rachel, Sara Haden as the parson’s wife, and Frank Ferguson, Walter Baldwin and Regina Wallace as members of the frontier settlement.

The original 93 minute version is presented in its original 1:37:1 aspect ratio for this release. Film grain is organic, with the gray scale and fine details rendered faithfully; this transfer also restores the writing credit of Waldo Salt, who was blacklisted at the time of the film’s 1954 re-release (which also saw close to 15 minutes trimmed from the original release). Problems like scratches, tears, and dirt are very minimal here, which means that this is probably the best the movie will ever look on home video.

The original mono soundtrack is presented on a DTS-HD Master Audio track for this release. Dialogue is both strong and clear, with the sound mix and Roy Webb’s score rendered faithfully as well with great strength and fidelity. Issues like distortion, hissing, dropouts or crackling are minor here, making this the best the movie will ever sound on home video.

The only special feature on this release is the theatrical trailer (1:11).

Very profitable on its initial release (it was RKO’s biggest moneymaker in 1948) and having attracted some solid notices from critics as well, Rachel and the Stranger is a hidden gem in the careers of its three leading stars. Warner Archive continues its streak of great Blu-ray presentations with a sterling transfer of the original 93 minute version of the movie. While there’s only a theatrical trailer accompanying the release, the fact that the movie can be seen fully intact for the first time since its initial release and in such high quality is cause for celebration here. Highly recommended.

A childhood favorite of mine that I rated higher than you're 3.5, but, otherwise I agree with your review and happy you pointed out that this is the first opportunity for those like me to finally see the uncut version of the movie. A great looking and sounding Blu-ray!

I'm going to have to get this one as William Holden is my favorite actor and I'm trying to collect all of his films. Plus this is a movie I've really liked in the past and who can pass up the restored version? Not to take anything away from Mitchum who (as I recall) was the favorite of both Siskel and Ebert. Recently I read that he was the first choice for the role of Sgt. Milton Warden in 1953's From Here to Eternity, but Howard Hughes would not release him from his RKO contract.
You must log in or register to reply here. 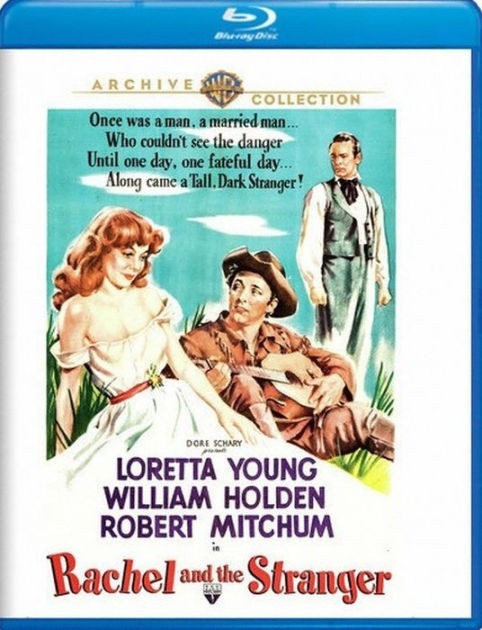