Too politically & racially charged for its own good 3 Stars

There are times when a critically-acclaimed movie arrives for me to review, and after watching it I find myself wondering if those critics and I saw the same movie. Music video director Melina Matsoukas’ debut film Queen & Slim is one of those times. Slim (Daniel Kaluuya, Get Out) and Queen (Jodie Turner-Smith (The Last Ship) are on a first date at a Cleveland, Ohio coffee shop. Queen, a lawyer who prefers to be alone, agreed to the date only because she lost a death sentence appeal for one of her clients. On the way home, Slim is pulled over by a racist police officer (Sturgill Simpson) on a suspected DUI. The traffic stop escalates and eventually goes sideways, with Slim fatally shooting the officer in self defense. Queen, who was shot in the leg by the officer, urges Slim to get back in the car and flee the scene, heading down to New Orleans  to her Uncle’s house, trying to stay under the radar of police and press as the dash cam video of the officer shooting goes viral.

One of the many faults of Queen & Slim are its characters, their development but not the performances by the actors. Both leads are very under-developed, leading me to question the character flaws as being more plot-driven than actually character driven. The character of Queen is the biggest offender. If she is a lawyer, why doesn’t she stay in the car during the traffic stop instead of getting out of the car and telling the officer how he is abusing power and not respecting Slim’s rights? This is nothing more than a plot device, which is followed by many other bad decisions on her part that ultimately put forth writer Lena Waithe and director Melina Matsoukas’ political views ahead of plot and character. I never really felt any sympathy for this couple on the run, and as much as Queen & Slim wants to be a modern day Bonnie & Clyde (or Sugarland Express, for that matter), it fails on that level, too.

Queen & Slim was photographed on 35mm film stock in the Super 35 format, then completed as a 2K digital intermediate in the 2.39:1 aspect ratio. Although Universal’s 2160p upscale (with HDR10) doesn’t deliver much more in overall detail compared to its 1080p Blu-ray counterpart, it does provide better contrast especially during the many night time scenes, with deeper blacks and better shadow detail. Colors are better defined, as well, with better gradations of colors and a more naturalistic color tone.

The default audio track on Queen & Slim is a Dolby Atmos track that, for much of its running time, is quite subtle in its approach. This is first and foremost a dialogue-driven drama, so this isn’t going to really be demo-worthy material. Dialogue is clear and understandable, and the subtle use of surrounds are more accurately placed and move more seamlessly within the listening area. LFE is robust when it needs to be, such as gunshots or many of the popular music cues.

As with many of Universal’s more recent 4k UHD releases, all of the extras are included on the UHD disc itself, and begin playing automatically when the feature ends.

A Deeper Meaning (2160p; 5:55): The writer-director team discuss the film, with help from other members of the cast and crew.

Off the Script (2160p; 3:17): Lena Waithe reads the final climax from the screenplay as the scene plays out on screen.

Blu-ray Copy: The movie in 1080p and Dolby Atmos audio, plus all of the special features listed above.

Queen & Slim could have been an interesting road picture but instead becomes a political statement on the social, racial and sexual divide in this country.

While not a film I would normally have sought out, I enjoyed QUEEN & SLIM more than I expected, although my rating of the film itself wouldn't be much higher than the above - maybe a 3 out of 5.

I was very impressed by the performances of both leads (like John Boyega in the STAR WARS films, you would have no idea from their voices that both Kaluuya and Turner-Smith were British rather than American). What frustrated me was the uneven screenplay: while the dialogue was occasionally brilliant, the plot machinations were so illogical that they took me out of the film.

Wow, most people I talked to about this film had a higher film grade than 2.

Thought this was an excellent, excellent film.

Ronald Epstein said:
Thought this was an excellent, excellent film.

Did you rent or purchase this title? 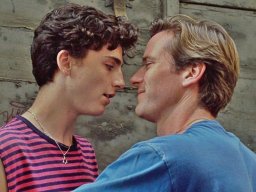 I loved it, too. The “political statement on the social, racial and sexual divide in this country” is what made it more interesting.

Ronald Epstein said:
Thought this was an excellent, excellent film. 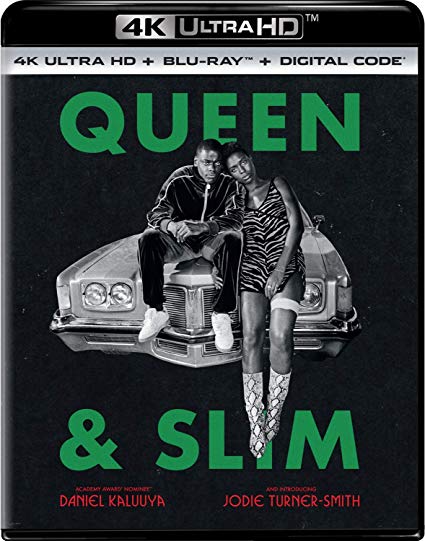