Forum List What's new Dark Style Change width
Log in Register
What's new Search
Menu
Log in
Register
Navigation
Install the app
More options
Dark Style
Close Menu
Posted on July 22, 2018 by Sam Posten
You are using an out of date browser. It may not display this or other websites correctly.
You should upgrade or use an alternative browser.
Pre turned distance running into a blood sport. 4 Stars

Prefontaine tells the life’s story of Steve Prefontaine. Pre (Jared Leto) transformed from an under-sized kid determined to prove his worth at sports to one of the greatest runners the USA has ever produced. While he lost at the Munich Olympics (right after witnessing the tragic slaying of the Israeli team), Pre set a dozen NCAA and US records, and was on track to make his mark at the Montreal Olympics when tragedy struck again. His stand for the rights of college athletes led directly changes within the college rulings that gave athletes the right to input on their treatment. 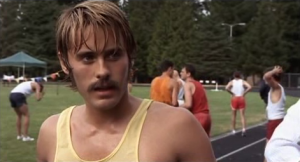 The first thing you’ll notice about Prefontaine is just how close Jared Leto captures both the essence and look of the real deal.  I’ve spent the last hour looking through images of both Leto and Pre and it’s impossible for me to tell them apart without captions.  Leto is joined by a posse of character actors who help tell Pre’s story in an interesting way, and as far as I can tell they have done so with authenticity.  R Lee Ermey is about as far from his usual Marine persona as he can be.  Ed O’Neill actually looks the part of a beefy college coach.  Brecken Meyer seems to have played college kids for 15 years, he fits right in here.  And both love interests, Lindsay Crouse and Amy Locane provide pivotal perspectives.  From Pre’s initial desire to marry his college sweetheart to finding someone whose natural ability he is jealous of and being challenged by to reach for his full potential.

Shot on a very modest budget, Prefontaine puts its money on the actors and the sets, and it shows a bit with production value not really matching up in the A/V department.  It works out in the end, with the story coming through even without reference quality sound and video.

Shot on Super 16, this Bluray transfer gives about all you can hope for out of the original images.  It’s soft throughout, with tons of inherent grain.  I also caught a few instances where macro blocks popped up, with the encode trying to account for said grain.  Once you are absorbed into the story it isn’t too distracting, but go in prepared for what the original budget allowed for.

Presented in 5.1 DTS the dialogue and music are well imaged but there isn’t a whole lot of action in the back half of the room.  The audio swells a half dozen times to immerse you but there isn’t anything dramatic to really recommend about this track.

A commentary with director Steve James is all you will find here. 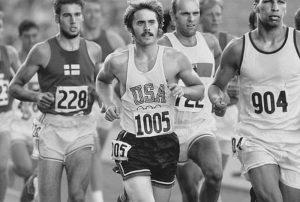 I haven’t seen Prefontaine in 20 years but remember it fondly.  It’s not the usual ‘athlete achieves greatest success after stunning defeat’ story we are used to.  Pre is a complex, haunted character and he makes choices in life and on the track that may have set his destiny spinning.  This Blu is about as good as we are going to see the source material, tho it would be nice to have more than just a director’s commentary to go along with it.  Still, it’s an interesting life story authentically presented, with great character actors supporting Leto’s doppelganger performance.

RAYA AND THE LAST DRAGON [Blu-ray]