Mike Hodges’ A Prayer for the Dying, the story of a reformed IRA bomber, has enough interesting parts to it that its flaws tend to make one awfully frustrated and annoyed that the movie isn’t better.

Mike Hodges’ A Prayer for the Dying has enough interesting parts to it that its flaws tend to make one awfully frustrated and annoyed that it isn’t better than it is. The cast is marvelous for this erratic thriller, and the direction is mostly sound (though a reediting of the director’s cut by the production studio has resulted in some serious breaches of tone), but A Prayer for the Dying should have been much more effective and emotionally devastating than it turns out to be.

After an IRA bombing goes horribly wrong blowing up a bus filled with innocent school children, Martin Fallon (Mickey Rourke) decides he’s had enough killing and wants out. Gangland head Jack Meehan (Alan Bates) offers him passage to the United States if he’ll carry out one more hit of his mob rival, and Martin agrees to do it only to be seen in the act by Father Michael Da Costa (Bob Hoskins). Meehan orders Martin to kill the priest, but he refuses and instead confesses his crime to the priest thus sealing the father’s lips from revealing his identity to the police. Meehan is disturbed there are two people out there who know his true colors (his front for his illegal activities is a funeral parlor business) and wants both Father Da Costa and Fallon killed, and Martin’s IRA cohorts Liam Docherty (Liam Neeson) and Siobhan Donovan (Alison Doody) can’t allow him to leave the country, either, so Martin finds himself rather tied to the church where the father’s blind niece Anna (Sammi Davis) only knows the sweet and gentle side of Martin and has no knowledge of his past.

Based on the novel by Jack Higgins, the screenplay by Edmund Ward and Martin Lynch does offer us a previously violent IRA operative who spends the film not only transformed but actually rather clever in ways he can twist people to his way of thinking without resorting to killing them. Of course, his antagonists have no such compunctions about bloodshed, and there is sufficient violence spread throughout the movie to earn its thriller credentials (the priest, a former military man, has no problems in backing up his promises of God’s wrath with some violence of his own, another unusual touch). Whether it’s due to the re-editing by the studio after the fact or the original writing and direction, the movie in its present state does continually feature abrupt shifts in tone and clunky transitions from one sequence to the next. Still, director Mike Hodges does stage a potential rape of the blind girl that’s quite suspenseful, and there’s no way to predict what the outcome will be when former IRA brothers Martin and Liam meet in a park where Liam’s mission is to either change Martin’s mind about leaving or kill him then and there.

It’s a kinder, gentler Mickey Rourke on display here in one of his most unusual and deeply felt performances (though the actor is allegedly now quite disenchanted with the film and his work in it). He’s obviously spent a lot of time perfecting his Irish accent and makes himself so appealing (despite his hit man attributes) that it’s easy to see why two different women – a mob-connected prostitute played by Camille Coduri and Sammi Davis’ blind Anna – would want him in their lives. Bob Hoskins cast against type as the priest who turns his fists rather than the other cheek offers a galvanizing presence in the movie. Alan Bates is allowed to overdo the flamboyance a bit as the funeral director/mobster though Christopher Fulford as the mobster’s wimpy, demented brother makes a compellingly psychotic villain. Sammi Davis achieves just the right amount of delicacy and grit as the blind organist while Liam Neeson in an early role displays quite a bit of charisma as the IRA friend-turned-adversary.

The film’s original theatrical aspect ratio of 1.85:1 is faithfully rendered in this 1080p transfer using the AVC codec. Apart from some long shots that seem a little mushy and indistinct, sharpness is very impressive with nice detail offered in close-up facial features, hair, and clothing fabrics. Color is dialed in most professionally with accurate and appealing skin tones. Black levels are very good with decent details in the shadows. Contrast has also been applied consistently and well. The movie has been divided into 24 chapters.

The DTS-HD Master Audio 2.0 stereo sound mix offers an excellent audio rendering with crisp, expressive dialogue which is always discernible mixed adroitly with Bill Conti’s background score and the atmospheric effects which include a couple of explosions, a couple of cremations, and assorted gunfire and other sounds of the London underworld. There are no problems with age-related hiss or other artifacts.

Mike Hodges Interview (29:01, HD): the director recalls being brought into the project late, working with Mickey Rourke who had script and casting approval, and his subsequent frustrating experiences with the film being taken away from him by the American producers who he feels botched his finished work.

Mike Garfath Interview (11:54, HD): the director of photography who had worked with director Mike Hodges on other projects recalls the 13-14 week shoot and what he felt were the high points of his work.

A Prayer for the Dying is a more subdued thriller than one might be expecting, but it’s one that’s certainly worth experiencing, flaws and all. You’ll get a Mickey Rourke that you’ve seldom ever seen this way in a movie and a host of other outstanding actors doing fine work with the spotty material. There are only 3,000 copies of this Blu-ray available. Those interested in purchasing it should go to either www.twilighttimemovies.com or www.screenarchives.com to see if product is still in stock. Information about the movie can also be found via Facebook at www.facebook.com/twilighttimemovies. 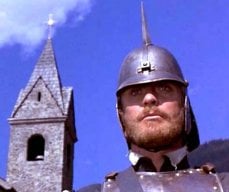 Love the movie and the Blu Ray it now resides on. Whatever else you want to say about the film, it is unique. Bill Conti's black Irish melodies on the isolated music track are lovely. They replaced the original John Scott score that director Mike Hodges liked. Try something different. You'll get your money's worth.
You must log in or register to reply here.
Share:
Facebook Twitter Reddit Pinterest Tumblr WhatsApp Email Link 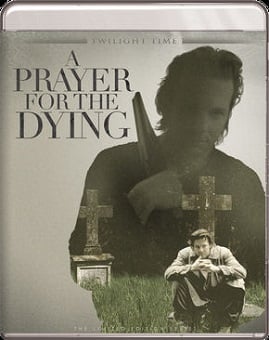