Post 43 and Retroformat Silent Films will present a one-time-only 35mm screening of the original 1925 version of Charles Chaplin’s ​The Gold Rush ​at the newly-renovated Hollywood Legion Theater at Post 43 (2035 N. Highland Avenue, Los Angeles, CA 90068) on January 18th. With the cooperation too of the Chaplin Office – which represents the Charles Chaplin family – the screening will be open to the public and will be introduced by filmmaker and RSF board member, Allison Anders.

According to Retroformat, the Chaplin Office has waived its usual requirement for the film to be accompanied by its own sanctioned recorded score, and instead will be accompanied by a live piano played by Cliff Retallick, who is known for on-the-spot improvised scores for silent films at various venues. Retroformat will be organizing more such events, in tribute to the founders of United Artists, so expect to see more announcements in the coming weeks. 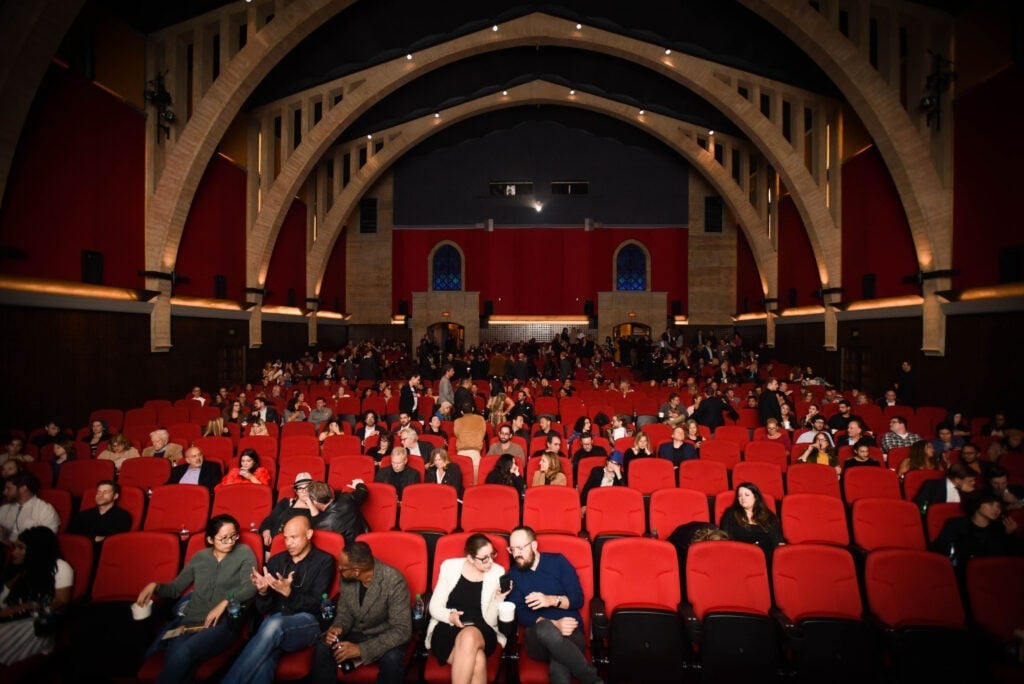 The Gold Rush ​originally premiered in 1925, but in 1942, Chaplin recut and re-released the film, adding a score that he recorded and composed himself, and dubbing it the “official version.” In 1993, film historians and documentarians Kevin Brownlow and David Gill restored the original 1925 version, which is what will be shown on January 18th at the Legion.

“The miracle of Chaplin is the miracle of cinema itself — for the first time in history, people of all races, ages, classes and ethnicities laughed at the same things and without words, and we owe each successive generation an introduction to Charlie,” says film director, screenwriter and Retroformat Silent Films board member Alexander Payne. “‘The Gold Rush’ is a great place to start, and this is a wonderful chance to see the movie projected. It’s a movie that sticks with you for the rest of your life.”

The screening will take place at 7:30 p.m at the Hollywood Legion, as detailed above. Ticket prices will start at $25.00 for general admission, with discounted tickets for veterans at $15.00. A number of special VIP tickets will be available for $40.00, which include free parking, a free drink from the Legion’s bar, a walking tour of the American Legion Post 43, and a tour of the Legion Theatre projection booth after the film. Parking will be available in the Post’s lot for $10 per car (limited number of spaces). Free parking is available across the street in the lot adjacent to the Hollywood Heritage Museum.