After a decade since the last DVD release of Popeye cartoons, Warner Bros. has released Popeye The Sailor The 1940s Volume 1 on Blu Ray.  This is great and unexpected news for fans who had given up hope of any further releases.  Warners scanned these cartoons in 4K from original camera negatives and they look (and sound) fabulous.

I’m not sure why this set is titled Popeye The Sailor 1940s Volume 1 as earlier chronological DVD sets contain shorts from 1940 through 1943 (and earlier).  Any series that runs for 25 years and contains over 230 theatrical shorts would be hard to categorize especially as there was a change in producers in 1942 when Paramount squeezed the Fleischer brothers out, and the last DVD set contained shorts by both the Fleischer’s and Paramount’s Famous Studios.  Perhaps this set could have been called The Technicolor Shorts Volume 1?  If Warners had done this, nitpickers probably would have complained that three technicolor two-reel shorts were produced in the 1930s.  There is no winning with film fanatics.

Her Honor, The Mare directed by I. Sparber

The Merry-Go-Round directed by Seymour Kneitel

We’re On Our Way To Rio directed by I. Sparber

The Anvil Chorus Girl directed by I. Sparber

Puppet Love directed by I. Sparber

Pitchin’ Woo At The Zoo directed by I. Sparber

Pop-Pie A La Mode directed by I. Sparber

Tops In The Big Top directed by I. Sparber

Shape Ahoy directed by I. Sparber

For Better Or Nurse directed by I. Sparber

The characters are voiced primarily by Jack Mercer as Popeye, Jackson Beck as Bluto, and Mae Questel as Olive.  Mercer served in the military during the war (I hope in the Navy) and a few shorts feature other voice actors doing Popeye’s voice, including strangely enough Mae Questel  in Shape Ahoy!

I feel guilty admitting this, but I was disappointed by these shorts.  I wasn’t disappointed quality-wise, because every one of these shorts looks great, but content wise.  I was excited when these were announced because the DVDs released ten years ago were essentially my introduction to Popeye.  I fell in love with the Fleischer Popeyes.  The Fleischer’s are charming, witty, sometimes scary as well as playfully surrealistic and most importantly, like the best animation, were not produced strictly for kids.  They create a universe, with an urban New Yorkish feel, onto itself.  I was so excited when this set was announced that I ordered a copy online before I got my review copy and will have donate my second copy to a needy 57-year-old orphan reader from Ohio.

I read cartoon historians/writers (whom I respect) online defend the early Famous Studio shorts and state that the real decline doesn’t begin until around 1950.    I respectfully disagree.  To be fair, I think the peak of the Fleischer’s are from the beginning of the series in 1933 until around 1939, where a slow, but noticeable decline begins.

One of the charms of the early Popeye cartoons is the fact the voices were recorded after the completion of the cartoon as opposed to before.  This gave the voice actors room to improvise, often muttering lines funnier than those written.  This practice stopped after the Flesicher studio move from New York to Miami and vocals were recorded prior to the completion of the cartoon.

For some mysterious reason popular characters like Wimpy, Poopdeck Pappy, and Sweet Pea are dropped and do not appear in any of the 14 shorts in this collection.  On the negative side, I’m not too crazy about Popeye’s nephews.  On the plus side, there are two cartoons featuring Shorty, a fellow sailor, voiced and modeled after Arnold Stang.  I didn’t realize that Stang was already popular enough in 1943 to merit his own character.  As far as I’m concerned, one can’t get enough Stang.

Perhaps the decline in the Fleischer shorts have to do with the increased estrangement of brothers Max and Dave Fleischer?  I would think any Mom and Pop business would suffer if Mom and Pop weren’t talking.  Along with these problems there is also a subtle shift in the physical world these characters live; in the earlier shorts it’s never explicitly stated, but they seem to be set in New York city.  The earlier shorts abound in playful urban ethnic humor that is typical of the era in cartoons and live action movies, especially in pre-code movies.  After the studio moves to Miami the location of the cartoons shift to a more generic, much blander, less recognizable ‘movieland.’  The character designs change slightly as well, I’m sure in an attempt to make the characters more appealing.

I think one could compare the decline in the Popeye shorts to Hal Roach’s Our Gang shorts.  Roach sold the Our Gang series to MGM in 1938 and critics and historians are merciless to the MGM produced shorts.  There is no question that the MGM shorts are inferior to the peak Roach shorts, but they are not too far from the Roach produced shorts from around 1936 to 1938.  Late Popeyes, like later Our Gang comedies are slicker, but part of the charm of the earlier shorts is the crudeness or rough edges.  And similarly, the early Popeyes like the early Our Gang shorts do reflect a working-class, depression era sensibility until around 1936 when Spanky and the gang seem to move to a blander, more conventional suburban movie world that is not too dissimilar to that of a 1950s sit com.  Popeye makes this stylistic move a couple of years later.

The best shorts of this collection such as We’re On Our Way To Rio or The Anvil Chorus Girl could pass for late Fleischer shorts.  And because Famous Studios employed pretty much the same writers and directors of the earlier shorts there are gags and moments in all of the shorts that are similar to older, superior cartoons.  Unfortunately, there are too many instances that point to the future Famous Studio cartoons such as Caspar the Friendly Ghost, and the fighting gags sometimes border on the sadistic as found in the later Famous Studios Herman and Katnip shorts – which in the right frame of mind can be a perverse pleasure.  Perhaps the most disappointing change is that these cartoons are aimed solely at children and little attempt is made to entertain adults.

Completists should be thrilled that Warners has included the notoriously racist Pop-Pie a la Mode.  I’m not sure what this inclusion signals for future series releases, if anything at all, such as Tom and Jerry, Looney Tunes, or Tex Avery but there is a disclaimer at the start of the disc and it states on the back of the box that this collection is aimed at adult collectors and not suitable for children.

As I wrote above, Warners has done 4K scans off of the negatives of these shorts and they look nothing less than immaculate.  The ownership of these shorts has changed hands so many times over the years that the original elements still exist is miraculous. The colors are simply lovely.  Grain is present.  Warners is to be highly commended for the work put into making these shorts look this wonderful.

The audio is DTS-HD Master Audio 2.0 and the shorts sound as great as they look.

There are subtitles but no other bonus features.

I usually don’t complain or even wonder too much about what gets released on Blu-Ray by studios, as there is currently more out there than I can keep up with, but this release is a bit of a head scratcher as I would think Looney Tunes or Tom and Jerry would be bigger sellers.  In any case, any classic studio animation release needs to be supported if there is any hope of future releases and let’s hope this collection is successful enough to studio accountants to warrant more. 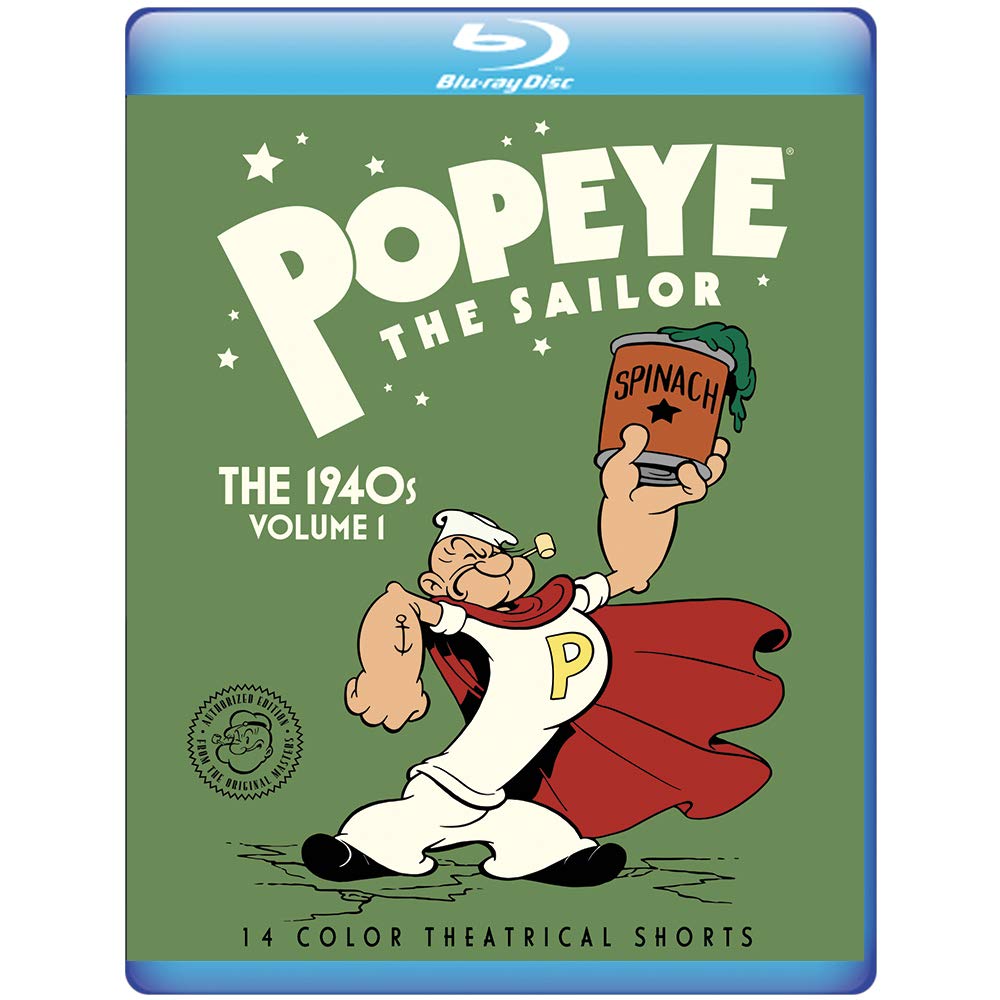