If you’re planning to head over for the last day of the New York Audio Show today at the Park Lane Hotel (Central Park South), Polk Audio is showing off its Legend series L800 tower speakers combined with Marantz electronics in Suite 603.

Polk says that the new series of speakers represents “the most sophisticated, and intensively engineered loudspeakers the company has ever introduced.” The series is comprised of six models in two wood finishes, including two bookshelf speakers, one center speaker, an Atmos height module, and two tower speakers. The L800 “true stereo” floor-standing speaker features a Stereo Dimensional Array (SDA-PRO) tech, and which the company claims is the only set of speakers in the world to maintain full stereo separation from source to a listener’s ears. 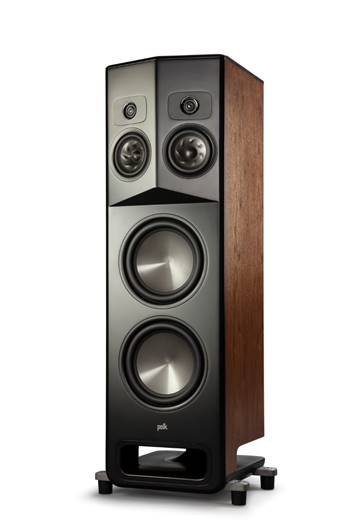 “The Legend Series is the culmination of decades’ worth of acoustic engineering and loudspeaker development. Whether placed in a traditional two-channel orientation or home theater system, the new flagship series offers incredible imaging, perfectly balanced mids and deep lows,” said Michael Greco, senior director of global brand management at Polk Audio. “We’re confident these are the speakers that will remind Polkies and enthusiasts why they love Polk Audio.”

Matthew Polk invented the SDA technology which was debuted in the early 1980s and represented a shift in loudspeaker design while setting out to minimize crosstalk.  SDA acoustically isolates the two stereo channels and cancels out IAC to create a more three-dimensional soundstage that should be faithful to the original recording.

For more information on details and specs, visit Polk Audio.