Forum List What's new Dark Style Change width
Log in Register
What's new Search
Menu
Log in
Register
Navigation
Install the app
More options
Dark Style
Close Menu
Posted on December 30, 2021 by Todd Erwin
You are using an out of date browser. It may not display this or other websites correctly.
You should upgrade or use an alternative browser.

Disney brings another catalog favorite to UHD, 2003’s Pirates of the Caribbean: The Curse of the Black Pearl, featuring a nice upgraded transfer and Atmos mix. (Available January 2, 2022)

Back in 2003, Pirates of the Caribbean: The Curse of the Black Pearl had a lot going against it. Movies about pirates were considered the kiss of death at the box office in recent years, and it was based on a the popular theme park attraction at Disneyland and Walt Disney World, also considered a kiss of death after the disastrous box office returns from The Country Bears and Mission to Mars. With the exception of The Ring, director Gore Verbinski’s previous films were not hugely successful. Somehow, with a screenplay by Ted Elliott & Terry Rossio (Aladdin, Shrek, The Mask of Zorro), scene stealing performances by Johnny Depp and Geoffrey Rush, a star-making performance by Keira Knightley, and Orlando Bloom riding on the coat-tails of his success in the Lord of the Rings movies, the first Pirates of the Caribbean movie was a success with both critics and audiences alike, earning over $650 million worldwide. How does it hold up 18 years later? Remarkably well, just as funny and entertaining as it was during its initial theatrical release and the then-state-of-the-art visual effects have not aged, either.

Pirates of the Caribbean: The Curse of the Black Pearl was photographed on 35mm film stock in the Super 35 format and completed as a 2K digital intermediate in the 2.39:1 aspect ratio. Disney’s 2160p upscale adds HDR10 high dynamic range, which gives the film some added depth and improved contrast (the beautiful clouds are much more noticeable in the UHD release), although the 2007 Blu-ray release is still no slouch. Colors are naturally vibrant without appearing overly saturated. Detail gets a modest upgrade, with slightly more refined textures overall. Unlike the recent UHD disc releases of Who Framed Roger Rabbit and Unbreakable, the Blu-ray edition included in this set is not remastered and is the same as the single-disc release available since 2007.

While not exactly a “showy” mix, the default Dolby Atmos track is a slight improvement over what was already a fairly active 5.1 mix. LFE remains strong, a surprise for a Disney Atmos mix. There really isn’t any real discrete use of heights, but the Atmos mix has more perceived “headroom” than its original 5.1 mix (found on the included Blu-ray in both lossy Dolby Digital and uncompressed PCM) or the Dolby TrueHD 7.1 core embedded in the Atmos track. Dialogue is clear and understandable throughout.

As usual, the UHD disc contains no extras whatsoever. Unfortunately, Disney has only included the first disc from the previous 2-disc Blu-ray release from 2007. While that disc does include some of the more interesting special features, that second disc contained a treasure trove (pun intended) of material, including An Epic at Sea making-of documentary, Fly on the Set, Deleted Scenes, Blooper Reel, and several hours of additional material.

Scoundrels of the Sea: Pop-up trivia track with video featurettes.

Movie Showcase: Three sequences from the movie that were thought, at the time, to show off the capabilities of Blu-ray.

Digital Copy: An insert contains a code to redeem a digital copy in UHD on Movies Anywhere. Some of the missing disc-based featurettes are included on the Movies Anywhere app.

While it is nice to see Disney occasionally digging into their live action catalog for UHD release, it is disappointing that an entire disc’s worth of extras was not included in this release. For those upgrading from Blu-ray, you may want to hold on to the second bonus disc before giving away your old 2-disc Blu-ray.

Disney is really trying to have its cake and eat it. Want Dolby Vision version? Disney+ version has it. Want Atmos? It’s this disc.

Same with many (most?) MCU titles. Dolby Vision on streaming only (though Atmos tends to be available on both formats for MCU). And the maddening IMAX version only on streaming trend for 13 of the MCU movies.

I do have a soft spot in my heart for this movie…guess they’ll get my money. Again.

Thanks for the review, Todd, but I bought the 4K versions on iTunes when they were on sale awhile back. Those will suffice for me.
B

The complete 4K boxset is available from Australia- JBHifi

The complete 4K boxset is available from Australia- JBHifi
Click to expand...

Didn't see the box set on there site.

But I plan on buying the entire set of Pirates movies on 4K blu-ray once they are available.

But I plan on buying the entire set of Pirates movies on 4K blu-ray once they are available.
Click to expand... Pirates Of The Caribbean - Collection

Pirates Of The Caribbean - Collection

Thank you David for the link. Did you purchase this set and if so how does it look?

Funny how it says region code b and hopefully that is for the standard blu-ray discs as I am sure 4K blu-ray doesn't have region codes.

Dave Moritz said:
Thank you David for the link. Did you purchase this set and if so how does it look?

Funny how it says region code b and hopefully that is for the standard blu-ray discs as I am sure 4K blu-ray doesn't have region codes.

I have not bought this, just know it was the first worldwide release of Pirates 4K and esp in the 5 movie Collection (JP has announced the collection, but $200USD+)

Note I think this is a 5 UHD only set and doesn't have Blu-rays. I don't think the any of the sets announced so far have updated BD though and the US set drops the Bonus disc so it may not matter that much unless the advance info on the BD is incorrect OR folks wan the 4K Digital from the US items (if/when the others are released)

JB Hifi was having severe shipping issues most of 2021 and many people who order items Nov 2020 to spring 2021 had extreme delays in delivery. From reading this seems to have been remedied though std shipping (only choice) has usually been been 2-3 weeks

Also the $60AUD price on site included 10% AUD GST which isn't deducted at checkout, but has always been refunded if you contact JB after shipment and the CC charges post and JB is one of the few remaining major importers who don't add US sales tax now. $64.50AUD shipped -- which I think translates to $43USD after exchange and GST refund
Last edited: Dec 25, 2021 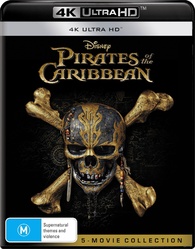 Removed from cart could not advance to payment as the crazy site kept telling my my cell number is not valid.

Dave Moritz said:
Removed from cart could not advance to payment as the crazy site kept telling my my cell number is not valid.

As always with imports it's helpful (3% savings) to have a CC with zero FOREX fee like a Cap One card thouhg quite a few others now have this perk. I finally figured out how to do this via Paypal though it always requires making sure my correct card is used and that I'm paying in the correct Country Currency instead of USD,.

Sounds unnecessary in 4k, but let’s take a look.

If Disney desires to do something interesting, they can release Sleeping Beauty in 4k.

That would be worthwhile. But begin with a new scan of the TLA SE.
B

I'm very surprised at the positive review from Todd on this site, considering how everyone on Blu-Ray.com HATES this transfer. 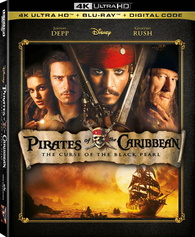 I really don't know what 4k disc Todd was reviewing because the video is not even worth a rating of 3. A must pass.
D

Brian Martin_280866 said:
I'm very surprised at the positive review from Todd on this site, considering how everyone on Blu-Ray.com HATES this transfer.

It's as bad as the complaints state on Blu-ray.com. They're correct here.

DanH1972 said:
I really don't know what 4k disc Todd was reviewing because the video is not even worth a rating of 3. A must pass.
Click to expand...

DanH1972 said:
It's as bad as the complaints state on Blu-ray.com. They're correct here.
Click to expand...

I think Todd is viewing it on an OLED, are you watching it on a projector setup?

Everyone else is saying that this has DNR on the level of Terminator 2 and is the worst Disney release since the first Gangs Of New York blu ray.

titch said:
Everyone else is saying that this has DNR on the level of Terminator 2 and is the worst Disney release since the first Gangs Of New York blu ray.
Click to expand...

Interesting, I haven't purchased this 4K disc, but I do have it digitally in 4K so I might take a look see in the near future.

Brian Martin_280866 said:
I'm very surprised at the positive review from Todd on this site, considering how everyone on Blu-Ray.com HATES this transfer.

@Robert Harris gave it a rather poor review too.
You must log in or register to reply here.

UHD Review A Few Words About A few words about...™ Pirates of the Caribbean - The Curse of the Black Pearl -- in 4k UHD
2