Forum List What's new Dark Style Change width
Log in Register
What's new Search
Menu
Log in
Register
Navigation
Install the app
More options
Dark Style
Close Menu
Posted on November 19, 2022 by Sam Posten
You are using an out of date browser. It may not display this or other websites correctly.
You should upgrade or use an alternative browser.

I am leaving this farm! 2 Stars 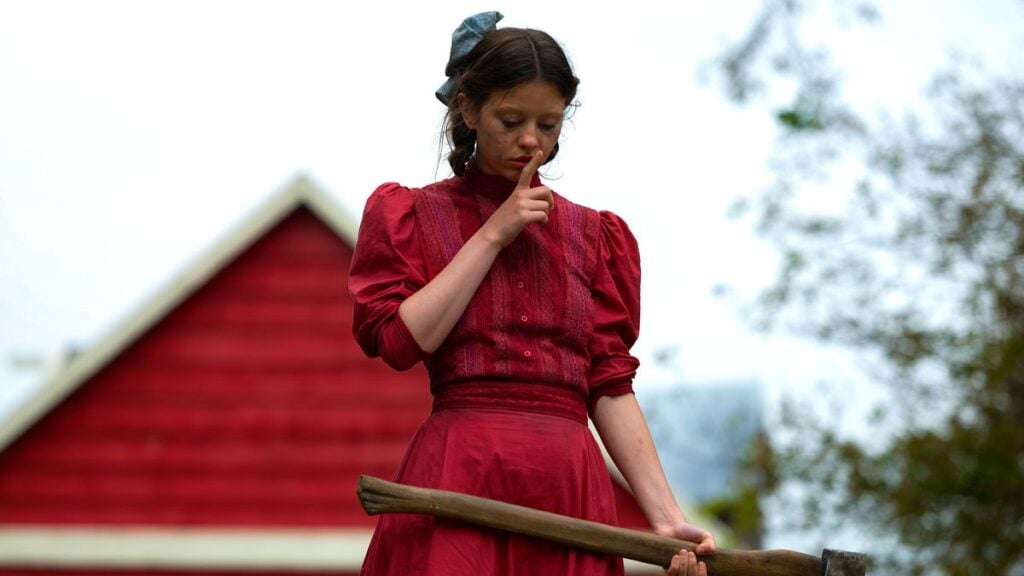 Pearl (Mia Goth) reprises her role as the murderous housewife from X, tho this time as a prequel about her early adulthood. About the same age Maxine (Mia Goth) is during X, and centered around the same compound that X was filmed on.

All Pearl wants to do is get out of her lonely existence on her family farm.  Her father (Matthew Sunderland) is crippled by the Spanish Flu, her mother (Tandi Wright) is an overbearing immigrant afraid to leave the house because she fears what the Americans will think of a German in their midst, and her husband Howard (Alistair Sewell) has volunteered to go off to war despite having an easy way out of serving.  Her only respites are dancing for the bigger animals in the barn and killing off smaller ones and feeding them to her pet crocodile, Thelda.  A third respite comes when she can sneak away to the movies and dream of dancing on the big screen, a passion that is encouraged by a chance encounter with the projectionist (David Corenswet), whom she lusts after but tries to convince herself from not pursuing because of her marriage.

When her sister in law Mitsy (Emma Jenkins-Purro) tells her that an audition for dancers is happening in town over the weekend Pearl becomes obsessed with using the opportunity to leave town for good. Her failure in that pursuit sets off the chain of violence that leads her (and eventually Howard!) to the creepy and gruesome duo encountered in X.

I was not a fan of X, tho I may be in the minority.

I was hesitant to request Pearl but my curiosity got to me, and I wanted to see if this prequel might help me understand and/or appreciate X more.  Reader, it did not.  Perhaps MaXXXine will finally help bring me around, but I doubt it.

I truly ‘get’ what director Ti West is trying to do here, instead of mimicking the gritty realism of 70s smut here he lampoons the bright and cheery look of Technicolor against the misery Pearl endures and the violence she doles out. Not only are color processes replicated but the voice cadence and hair & costume styles reproduced too.  And yet all of that is no cover what any viewer who has seen X will know: There will be blood.

The biggest unanswered question here is what led Howard to join her in this life?  And if MaXXXine will focus on Maxine will we ever get a good answer to that? 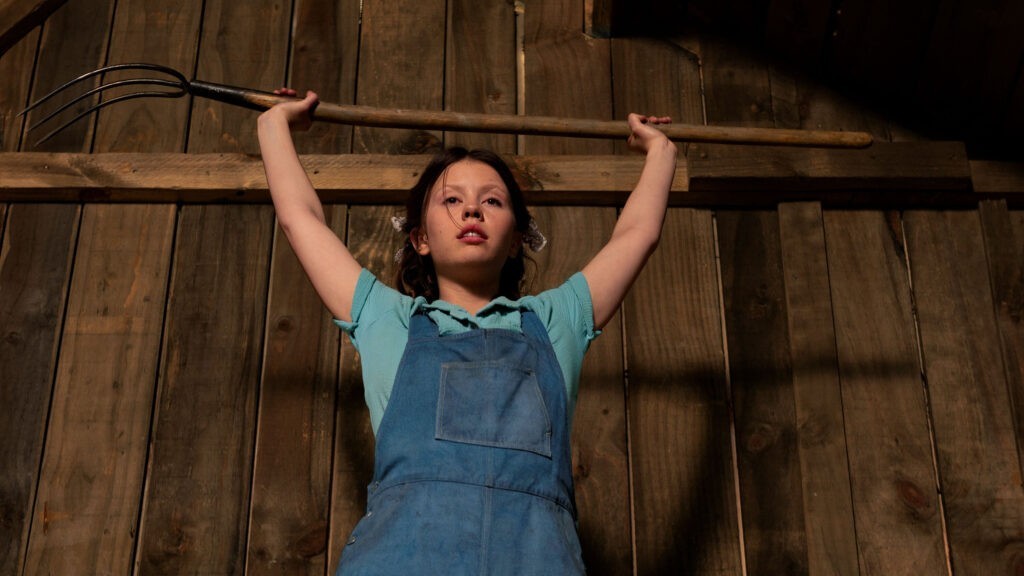 No question Pearl looks bright and cheery and does offer a sensational look on Bluray.  But with streams and downloads already offering HDR versions that Bluray cannot, and with a likely 4K version available on those services if not on disk, this might be the worst way to obtain this film. It’s on Amazon for $15 already, over half off if you must own it on disk.

As a dialogue driven drama the DTS-HDMA track holds up nicely.  There are a few scenes of war, real and imagined, that might benefit from the Atmos track already available on the download sites, but I wouldn’t pay extra for that.  The 40s era inspired soundtrack is definitely better than the movie itself, remiscent of both Hitchcockian horror like Psycho and more mainstream epics befitting Pearl’s Hollywood dreams:

If you like the soundtrack definitely check out this loving review:

Only two (trailers DO NOT COUNT) tho they are worth your time if, like me, you are trying to figure out what the point of it all is… Perhaps I’ve diverged too much from what mainstream horror movie fans want but this series just doesn’t do it for me.  I will grant you that some of the takedowns in this one are way more gruesome and more satisfying than what X brought to the table, yet I remain unconvinced that either film is very good overall.  You can’t knock the artistry that West brings to them, nor his vision.  I just don’t agree with the execution or the message, if there even is one to be found.

Anyone pick this one up?

^ Yep and thanks for the review, Sam. I enjoyed both this and X. The scene towards the end (to keep it spoiler free) where Pearl/Mia Goth delivers a minutes-long monologue is fantastic. This isn't meant as a backhanded compliment but I didn't realize that Goth was that good of an actor because it isn't easy to be the only thing on screen (with no cuts) for that long.

Sam — I thought X was interesting, and enjoy West’s work. My have to give a BD a spin. Thanks for the honest review!

Sam Posten said:
Anyone pick this one up?
Click to expand...

God no. Thanks for the review though.

Apologies Sam, but when I saw this review, I thought it was for the 1978 miniseries Pearl starring Angie Dickinson. I guess that shows my level of awareness!
K

I streamed this off AppleTV. I thought X was fun, but Pearl is exceptional, and Goth is outstanding in it. If Pearl were not a genre film, she would be receiving awards consideration.

I hope A24 or Criterion considers release a UHD set of the trilogy once MaXXXine releases. I double-dipped on Midsommar and Uncut Gems, so I am going to hold off on the Pearl Blu-ray for now.
You must log in or register to reply here.