One of the highlights of my trips to the San Diego Zoo has always been the Panda exhibit. These large, rather timid-looking adorable fluff balls would always be sitting out watching the humans parade by while munching down on bamboo while the cub would be either sleeping up in the tree or having a jolly time playing within the enclosure. The IMAX documentary Pandas, a co-production with Warner Bros., follows the life of a female panda named Qian Qian as the team from the Chengdu Panda Base in China, with help from bear biologists from the United States, prepare to attempt to release her into the wild. Narrated by Kristen Bell, this documentary short is chock full of adorable panda cubs being mischievous while workers try to clean their enclosures, tons of panda trivia (they need to consume, on average, 50 pounds of bamboo per day), and the drama of releasing Qian Qian and then almost losing her in the process. The information is presented in a very light and entertaining way, never getting too scientific. Parents will like the scenery and educational aspect of the film, while kids will enjoy the antics of the titular animals.

Although currently available on 4K UHD Blu-ray as a limited exclusive at Best Buy, the movie is also readily available in up to 4K UHD from most digital providers, including Movies Anywhere retail partners Vudu, iTunes, Amazon Prime Video, Google Play Movies, FandangoNow, etc. I viewed this on both the Vudu and Movies Anywhere apps in 4K UHD on my Roku Streaming Stick+, and the result was astonishing. This is a beautifully photographed movie (it was filmed with IMAX 3D-15 Solido 65mm dual-strip 3D and RED Weapon 8k cameras) with deep, naturalistic colors that really pop thanks to the use of HDR10. Detail is also phenomenal, from the individual blades of grass to the strands of fur on the pandas. There are vistas that are simply breathtaking. Pandas is one of the best examples of 4K streaming.

Across all platforms, it seems that the primary audio stream is Dolby Digital+ 5.1 for Pandas. Music and atmospheric effects are spread nicely across the front and rears, with dialogue and narration clear and understandable directed mostly to the center channel. LFE gives some of the rock tunes used some added deep bass.

I really enjoyed Pandas, although I really wish Warner Bros had released this physical media to all retailers rather than as a retailer exclusive, despite how good the streaming version was on both Vudu and Movies Anywhere, especially since not all retailers have the movie available in 4K UHD. 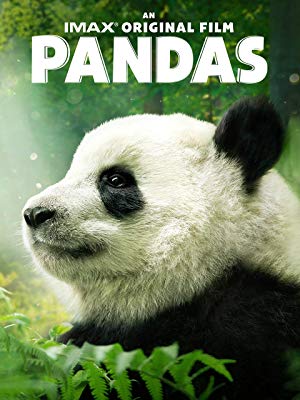