Panasonic has revealed plans for a flagship Blu-ray player, the ‘reference class’ DP-UB9000, which is rumored to become available in the US later in the year. Not to be confused with the UB900, nor any of the company’s announcements at CES 2018, the new player will boast ‘unparalleled sound’ as a result of a newly-developed vibration-reducing chassis.

The universal player, clearly being positioned to go head-to-head with the Oppo UDP-203, will include support for both HDR10+ and Dolby Vision, and will play back Ultra HD Blu-ray discs, Video on Demand, and USB sourced content. The UB9000 will also offer high quality audio due to its analogue audio circuits, dedicated power supply, high-performance D/A converters and balanced XLR output. A 7.1 channel gold-plated audio output for direct connection to an AVR, much sought after by some home theater enthusiasts, will be included.

Combined with the player’s Hollywood Cinema Experience (HCX) Processor, developed by Panasonic’s  southern California-based team, the company claims the new model will raise the bar for AV enthusiasts with the ‘highest-ever picture and sound quality in the history of  Panasonic Blu-ray disc players’.

All of Panasonic’s 2018 Blu-ray player offerings will also support voice control from Google Assistant and Amazon Alexa (both to become available soon), allowing users to fast forward or pause a movie without the need for a remote control. As has been the norm for other players in the Panasonic range, the DP-UB9000 will include THX certification, guaranteeing ‘finely nuanced colors and rich, detailed images required to reproduce the filmmaker’s intentions precisely’.

Although the player was announced at Panacon, Panasonic’s annual product launch event in Europe last week, according to HDGuru, it looks like this model will also be added to Panasonic’s US product portfolio when it becomes available later in the year. Pricing is also yet to be disclosed, but HDGuru suggests that there are a number of reasons why the launch has not included an announcement for the US just yet, one of which being that other markets have been receiving more Panasonic 4K Ultra HD players per capita, paradoxically as a result of greater price competitiveness stateside. As more news starts to emerge, we will report back here.

A lovely successor to the UB900, which was a winner. The built-in Tone Mapping is very interesting.
Expand signature
Sony XBR65A8F
Sony XBR65A1E
Reactions: Sean Bryan

Very interesting, but I don't need all of those features. I'm more in the market for their new 820 model. I hope the US gets that model.
Reactions: Sean Bryan

820 is supposed to be up for sale/preorder June/July last I heard. It is coming.
Expand signature
Sony XBR65A8F
Sony XBR65A1E
Reactions: Matt Hough

Wow, it even looks like the 203.
Expand signature
Careful man, there's a beverage here!

Pioneer had the lock on that look before Oppo and Panny.
Expand signature
Sony XBR65A8F
Sony XBR65A1E

Yep, way back when. I just find it interesting that Panny decided to forgo their usual glossy plastic design elements for the same brushed aluminum finish that Oppo has been using, specifically for this player.
Expand signature
Careful man, there's a beverage here!

Do the Panasonics handle 50hz content on 60hz displays?

Can't speak to this particular model, but as a rule, no.
Expand signature
Sealed with a curse as sharp as a knife. Doomed is your soul and damned is your life.

Doesn't look like it supports SACD though (no Panny does I believe) so for a niche segment of the market it will not be a viable replacement for the Oppo or even the Sony which now supports DVD-Audio.

Oppo tried to support everything and got quirky lasers, Sony has freezing problems (related since they both use Sony lasers?).

I confirmed directly with Panasonic execs that we will get the UB820 and UB9000 UHD/HDR BD players in the USA. UB820 will launch by the end of May followed 60 days later by the UB9000.

I've explained Dolby Vision's Low Latency protocol to my Panasonic BD engineer friend in Japan and told him that Sony is using it. I made it clear that if they want to be compatible with Sony X1 Extreme equipped processor HDR TVs they need to include this DV standard in all of the upcoming UHD/HDR BD players.
Expand signature
VE Advanced Digital Technology Dealer
Reactions: Sam Posten 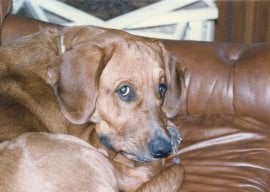 This is probably my next disc player, barring something else popping up I was planning on buying an Oppo, but I've had some orphan stuff in the past that hasn't gone well.

Any idea on pricing yet? I figure if a relatively unknown Chinese brand like the OPPO 205 was selling for C$1700 then the Panasonic 9000 will be through the roof.
Expand signature
"You bring a horse for me?" "Looks like......looks like we're shy of one horse." "No.......You brought two too many."

I believe you ^ might be seeing Panasonic's UB900, $399 on my site. The UB9000 will launch in September 2018 and no price is announced yet.
Expand signature
VE Advanced Digital Technology Dealer

I am interested in the UB820, depending on the pricing. I had planned on getting an Oppo 203 this summer as a Dolby Vision upgrade to my existing Sony X800, but will probably go in a different direction with Oppo getting out of the business.
Expand signature
My DVD Collection

You are correct. I shouldn't look up stuff when I'm sleepy.