Tries hard, but does not take flight 2.5 Stars

J.M. Barrie’s Peter Pan has inspired many adaptations and derivative works in the more than 100 years since the character’s debut. In addition to cinematic adaptations of the original source material, there have been sequels, prequels, spin-offs, and even a semi-biographical film about how Barrie came to write the famous play and novel that are the source material for all of them. Joe Wright’s Pan takes the prequel approach, telling the story of how Peter first came to Neverland and detailing the first meetings of many of Barrie’s famous characters.

In director Joe Wright’s Peter Pan origin story, Pan, Levi Miller plays Peter, a boy left by his mother as an infant at the steps of an orphanage.  A dozen or so years later, Peter’s life of drudgery in the orphanage comes to an abrupt end when he and most of the rest of his fellow orphans are abducted by a band of pirates sailing a flying ship.  The flying ship takes them to Neverland where the boys are pressed  into service by the Pirate Blackbeard (Grant) .  Peter finds himself mining for a magical substance known as “pixum” alongside a roguish but helpful fellow prisoner named James Hook (Hedlund).  When Blackbeard discovers that Peter has an affinity for the fairy magic contained within the pixum, he begins to wonder if Peter is the flying boy mentioned in a prophecy that would eventually defeat him.  Not waiting to find our what Blackbeard’s plans are for them, Peter and James escape.  With the help of Neverland natives including Tiger Lily (Mara), Peter races to escape the clutches of Blackbeard and to solve the simultaneous mysteries of his parentage and the reasons behind the disappearance of faeries from Neverland.

Not unlike Disney’s Malefecient and Oz: The Great and Powerful, Pan is a prequel for which no one in particular was clamoring.  While those films had their flaws, they at least maintained a particular point of view and tone.  Pan flies all over the place, hanging a lot of nonsense on the bones of a pretty basic and derivative orphan’s adventure story.  Kids and undemanding viewers may be entertained, as it is bright, filled with action set-pieces, and features an appealing enough protagonist in Levi Miller.  Viewers with fond memories of prior stage and screen versions of the Peter Pan story will likely be frustrated by the film’s lack of imaginative storytelling and inability to either build on or cleverly subvert its source material.

Director Joe Wright lets nearly everything go over the top whether it be the hair, make-up, and costume of Grant’s Blackbeard, or the strange “impersonation of Harrison Ford impersonating John Huston” line readings of Garret Hedlund as James Hook.  Various acts of the film feel like they are from completely different movies, resulting in a herky jerky plot progression that does not hang together.  Two prominent musical numbers are featured in the early scenes around Blackbeard’s mine after which the film decides that it is no longer a musical.  The whole thing culminates in a third act race through a bunch of bright special effects tied to the dual mysteries of Peter’s parentage and the disappearance of faeries from Neverland.  I never got the sense that the filmmakers were all that invested in these mysteries at that point, so neither was I.

While I found the film to be a disappointment and the visuals to be a bit garish, I cannot fault the video presentation on Blu-ray disc.  Both the MVC encoded 3D presentation and the AVC encoded 2D presentation are near flawless renderings of the film’s digital cinematography in 1080p resolution letterboxed to the film’s original aspect ratio of 2.4:1.  The 3D conversion is on par with the best I have seen with very creative and aggressive use of the “z-axis” for both depth and, infrequently but appropriately, pop-out effects.

The film’s soundtrack is presented via a Dolby TrueHD 7.1 track encoded for Dolby Atmos.  On my 5.1 set-up, I found the down-mixed presentation to be very creative in its use of the 3D surround field with excellent fidelity throughout.  The only aspect of the presentation that was a bit of a “head scratcher” was a slight drop-off in creative surround use as the film progresses.  An early scene where flying pirates abduct orphans and are pursued through the skies of London is the most demo worthy scene in the film whereas the climactic chase scene is decent, but not quite as impressive in its exploitation of the possibilities of the surround field.

Dolby Atmos: While there were some missed opportunities, especially in the third act, overall this is a nice Dolby Atmos mix with a fair amount of well placed localized effects, especially in the beginning of the film when the pirates descend from the ship to grab the boys from their beds and the ensuing battle over London.  Overhead channels were also effectively used when the prisoners were chanting in the mines and when Hook, Pan and Smee were in the Jungle.  I listened to it on a 7.2.4 system. — Adam Gregorich

All of the blu-ray special features are found on the 2D Blu-ray disc.  When the disc is first played, the viewer is greeted with the following skippable promos:

Proper special features accessible from the disc’s menu consist of:

Director’s Commentary is a screen specific track from Joe Wright that runs the length of the films and does a pretty thorough job of covering all aspects of the production. It is a solid effort by Wright delivered in a very listenable if not high energy style, and by far the most interesting bonus feature for viewers interested in learning about production details of the film

The remainder of the special features consist of four featurettes which aimed squarely at younger viewers as evidenced by things like storybook reader-style voiceovers. That being said, they do provide some behind the scenes glances into the film’s inception and production.

The Boy Who Would Be Pan (6:07) focuses on Levi Miller, the actor cast to play Peter. There is some behind the scenes information on his casting, but the majority of the featurette consists of interview participants complementing the young actor. In addition to Miller himself, on-camera comments are provided by Wright, Jackman, Hedlund, Mara, Webster, Fuchs, and Amanda Seyfried (“Mary”)

The Scoundrels of Neverland (5:49) takes a brief look at the film’s rogues and villains as well as the actors that play them. Comments are provided by Wright, Fuchs, Jackman, Hedlund, Schecter, Webster, Nonzo Anozie (“Bishop”), Bronson Webb (“Steps”), and Jimmy Vee (“Lofty”).

Joe Wright’s Pan neither builds on nor cleverly subverts the mythology of J.M. Barrie’s classic tale of Peter Pan, making it something of an uninspired mess. That did not, however,  prevent Warner from providing it with a top-notch audio-video presentation in both 2D and 3D on Blu-ray.  A solidly informative commentary from Director Wright is worth a listen for folks interested in the film’s inception and production, but the other special features are much less interesting. 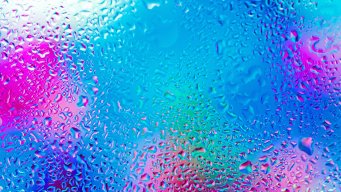 The fifth highly rated audio review I've read, and again, not a mention of the duplicated out-of-sync surround channel information that drifts further ahead in sync as the film progresses until it's about 7 seconds ahead by the time we get to the End Titles, making for a messy and sometimes cacophonous surround channel mix throughout. I enjoyed the film and I think there's a nice mix in there if that incorrect music audio was cleared out. It was obviously something that happened after the dubbing stage mix, during the blu-ray audio preparation. There's no way music editors or mixers would have let this issue pass. I'm amazed that no one else has been bothered by this issue.
You must log in or register to reply here.
Share:
Facebook Twitter Reddit Pinterest Tumblr WhatsApp Email Link 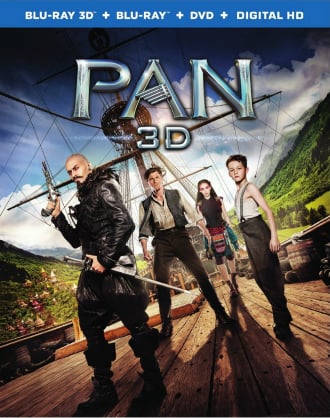