Fun, but something is missing 4 Stars

More a sequel than an actual reboot, Ocean’s Eight has Danny’s younger sister taking up the torch after being released from prison.

At the end of Ocean’s Eight, Debbie Ocean (Sandra Bullock) sits by her brother’s grave, toasting him with a martini, saying “You would’ve loved it.” I have my doubts, as I think Danny would have loved the heist, but the previous Ocean’s movies had a moral compass and a villain the audience can grow to hate, something a good con caper film needs but is ultimately lacking in this sequel. Five years, eight months and 12 days ago, Debbie was framed for an art heist by Claude Becker (Richard Armitage), and has been plotting her revenge ever since. Once released from prison, she enlists her “business” partner, Lou (Cate Blanchett), to help her enlist a crew to steal a $150 million Cartier necklace known as the Toussaint, kept under heavy guard and security, during the annual Met Gala. It is the ensemble cast, each one delivering a top-notch performance, and a script peppered with witty dialogue by director Gary Ross (Pleasantville, Dave) and Olivia Milch that keep the film afloat for most of its 110 minute running time.

Going back to my original statement, Ocean’s Eleven had a great villain in Terry Benedict, played by Andy Garcia. He was ruthless and was very much involved in the storyline as Danny (George Clooney) really played him, he was the mark and he was going to get what was coming to him. In Ocean’s Eight, the audience knows very little about Claude Becker, and stealing the necklace isn’t exactly a direct hit on him (although – spoiler alert – the girls do frame him for it), he is effectively a mark on the sidelines for much of the movie, and the ending pretty much suffers for it.

Ocean’s Eight was captured at 3.4k resolution using Arri Alexa Mini and SXT Plus cameras, and was likely finished as a 2k digital intermediate with Dolby Vision high dynamic range at some theatrical venues. Warner’s 4K UHD Blu-ray presents the film in 2160p resolution with both Dolby Vision and HDR10 high dynamic range, preserving the film’s theatrical aspect ratio of 2.39:1. This is not a huge improvement over the already excellent Blu-ray, although the UHD disc does seem to handle the luxurious color palette and contrast much better, especially once we get to the Met Gala. Jewels and designer gowns glimmer more, with much more vivid colors. Shadow detail is also greatly improved upon, as the attendees mingle in the darkened dining room. Overall, it is a subtle but still noticeable upgrade.

The 4K UHD disc contains the same Dolby Atmos track found on the included Blu-ray edition, and thankfully there is no redundant DTS-HD MA track to muck up the default audio settings. This is a rather subtle implementation of object-based audio, and understandably so since this is a very dialogue-driven movie. There is nothing really flashy about it, but it does create a sense of immersion into the environments depicted on screen. For example, in the dining hall, you will occasionally hear clinking of glasses or guests murmuring in various parts of the room, while Daniel Pemberton’s score (along with an eclectic selection of music cues) fill out the room. Dialogue is clear and understandable throughout.

All of the special features can be found on the included NBlu-ray edition of the movie.

Deleted Scenes (1080p; 1:53): Two scenes are included, with only their scene numbers indicated with title cards.

Reimagining the Met Gala (1080p; 12:47): Cast and crew discuss recreating the famous event for the film and the participation they received from the esteemed museum.

Digital Copy: An insert contains a code to redeem a digital copy on Movies Anywhere. I redeemed my code on Vudu, and received UHD versions on Vudu, FandangoNow, and Google Play Movies, and HD on Amazon Prime Video. I do not own an Apple TV or an XBOX One so cannot confirm the resolutions on iTunes and Microsoft Movies, respectively.

I really wanted to enjoy this film more, but the lack of a clear and definable villain or mark detracted from it. Presentation is a nice upgrade from Blu-ray, and the set contains a decent set of special features.

If you didn't enjoy the movie why give it a 4 out of 5 grade?
Expand signature
Crawdaddy's favorite "The Mandalorian" Quotes: "This is the Way" and "I have Spoken"

If you didn't enjoy the movie why give it a 4 out of 5 grade?
Click to expand...

I did enjoy it, but said that I wanted to enjoy it more than I did.

Todd Erwin said:
I did enjoy it, but said that I wanted to enjoy it more than I did.
Click to expand...

Still giving it a 4 is a pretty high score to me.
Expand signature
Crawdaddy's favorite "The Mandalorian" Quotes: "This is the Way" and "I have Spoken"

My score is 4. Just joking Todd, it's about a 3.5 to me too after my first viewing. I need to watch it again as I'm starting to think the targeted audience wasn't so much us males. Another thing, I find that when I re-watch these type of heist or even action movies at home, I actually missed some stuff during my theatrical viewing.
Expand signature
Crawdaddy's favorite "The Mandalorian" Quotes: "This is the Way" and "I have Spoken"

Is it me, or did the closing montage on the subway feel tacky?

I don’t think it’s just you.

I think they wanted to replicate the closing moments of the first Soderbergh film where those characters are all together by the Belagio fountain.

But the difference for me between the two scenarios was that the Soderbergh film had a plot justification for those characters being at that location at that time, whereas in the new movie it just felt staged to add a cool shot. 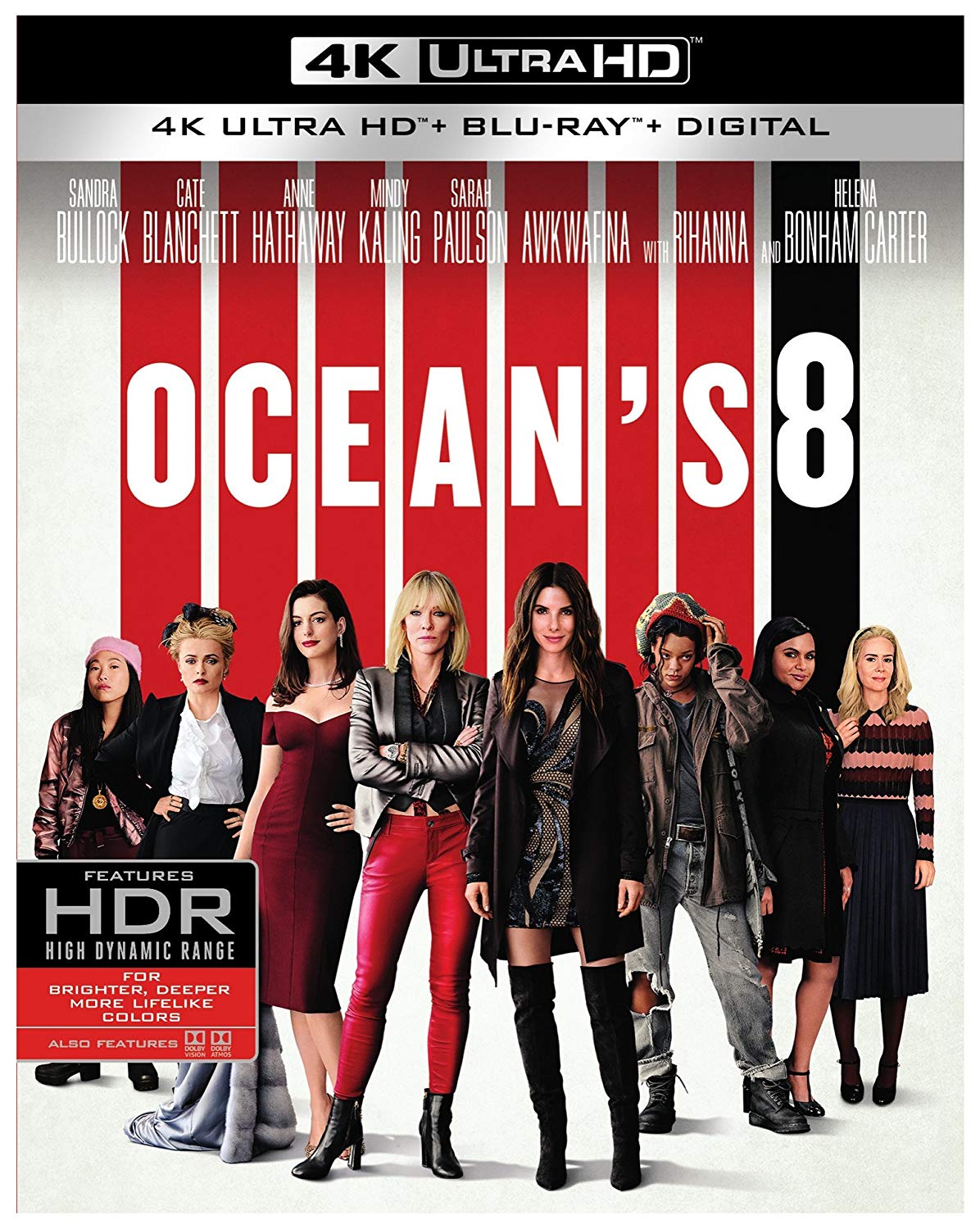