Forum List What's new Dark Style Change width
Log in Register
What's new Search
Menu
Log in
Register
Navigation
Install the app
More options
Dark Style
Close Menu
Posted on December 13, 2021 by Timothy E
You are using an out of date browser. It may not display this or other websites correctly.
You should upgrade or use an alternative browser.

Bond(Daniel Craig) is on a holiday in Italy with the woman who is the one to finally get him over the loss of Vesper Lynd(Casino Royale).  Madeleine Swann(Lea Seydoux) is the object of Bond’s affections when SPECTRE attacks and leads Bond to believe that Madeleine has betrayed him.  Bond survives the attack, of course, and calls things off with Madeleine. 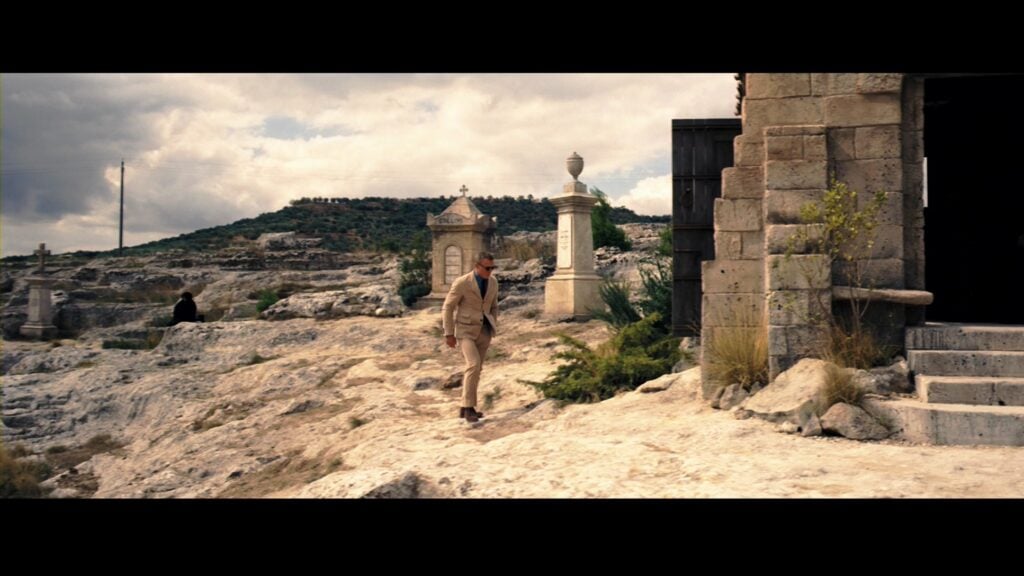 Five years later, Bond returns from his retirement in Jamaica after Felix Leiter(Jeffrey Wright) of the CIA asks for his help in finding Obruchev(David Dencik), a kidnapped MI6 scientist.  It seems Obruchev is the mastermind of Project Heracles, a nanobot-propelled bioweapon that can be coded to attack individuals based on their DNA coding.  SPECTRE is particularly interested in this research, and Blofeld(Christoph Waltz) is still leading SPECTRE remotely from his jail cell in a manner that would be the envy of Hannibal Lecter. 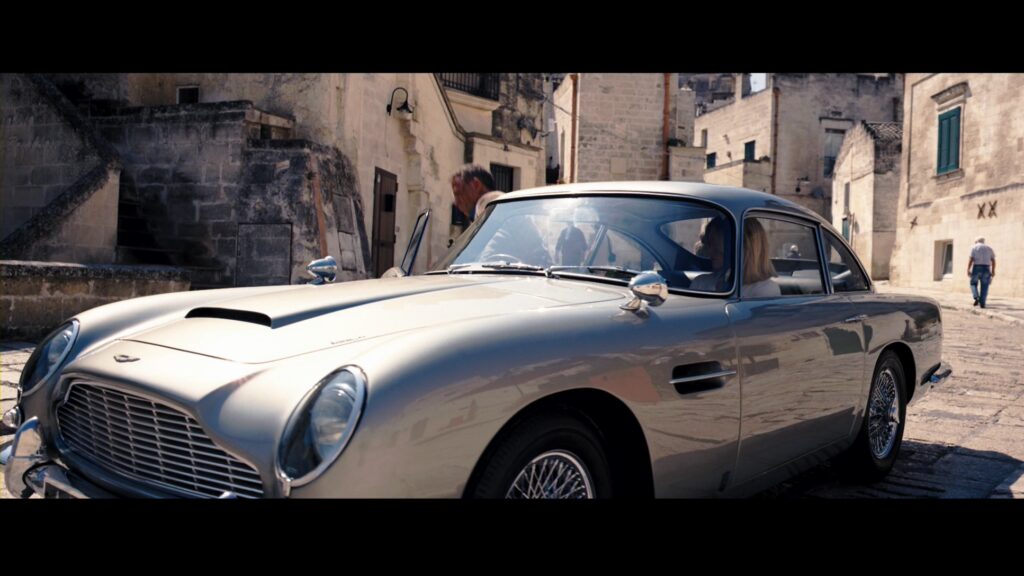 Bond soon finds himself up against an enemy which may be more lethal than SPECTRE.  Lyutsifer Safin(Rami Malek) turns up again after his preview in the pre-credits teaser, and shows Blofeld and SPECTRE how things are done in villainy.  Safin was disfigured in his youth by an attack with toxins that left him the sole survivor of his family, and he wears a mask now to conceal his scars.  Madeleine turns up again as well, and the stakes become unexpectedly higher for Bond than they have ever been.  Bond is not even code named 007 anymore, as that designation has been inherited by Nomi(Lashana Lynch), and M(Ralph Fiennes) would be happy if Bond would stay retired.  Q(Ben Wishaw) and Moneypenny(Naomie Harris) agree to help Bond off the books so that he can confront Blofeld in prison.  Rory Kinnear also returns as M’s Chief of Staff, Bill Tanner.  New faces include Ana de Armas as Paloma, a colleague of Leiter’s who guides Bond in his efforts to find Obruchev, and Billy Magnussen as Ash, another CIA colleague who thwarts Bond’s efforts. No Time To Die speeds by in spite of its running time of nearly 3 hours in length, but it seems like a shorter film.  In some respects, No Time To Die feels more like a prototypical Bond feature than any of the other Craig films.  Every scarred villain must have his own lair, and Safin is no exception.  It is not really clear how Safin became stronger and more powerful than SPECTRE, but the engaging twists and turns of the plot encourage you to go with it rather than question it.  (If there really were a villain more powerful than Blofeld, shouldn’t Bond have spent the last 4 or 5 films fighting that baddie?  It may be best not to think too much about it.)  Director Cari Joji Fukunaga (True Detective, Beasts of No Nation) collaborated on the screenplay with Phoebe Waller-Bridge(Broadchurch) and returning Bond scribes Robert Wade and Neal Purvis. No Time To Die resonates by design with elements from many earlier Bond films, and the film has a number of Easter eggs, some of which I probably missed in my first viewing.  The opening credits make a subtle callback to the opening credits in Dr. No(1962), and certain aspects of the plot resemble some aspects of the book version of You Only Live Twice which were never used in the 1967 film of the same name.  Eagle-eyed viewers will be attentive to the portraits on display at MI6.  No Time To Die leans most heavily onto On Her Majesty’s Secret Service(1969) with its repetition of the legendary line: “We have all the time in the world.”  Even the score by Hans Zimmer borrows from John Barry’s original compositions for OHMSS.  Long-time fans will understand this as a signal that a happy ending may not ensue.  If you are going to pay homage to one of the better films, the producers might have done a lot worse than cribbing from OHMSS. 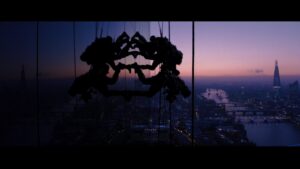 No Time To Die has been touted as the swan song for Daniel Craig in the role of Bond.  If so, it is a worthy sendoff for Craig as it contains all of the thrills and surprises that one expects in a Bond feature.  I almost fell out of my chair when Craig insisted that his vodka martini must be shaken, not stirred.  This used to be de rigueur in a Bond movie, but Craig has been established in earlier films as the Bond who is not fussy about his martinis.  No Time To Die is the film in which Craig’s Bond evolves finally into the James Bond that we know and expect.  The Bond films traditionally end with the coda that “James Bond will return” and there is some comfort to be taken with that in a chaotic world. 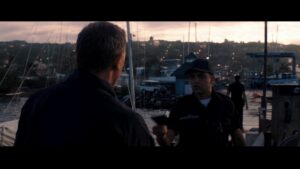 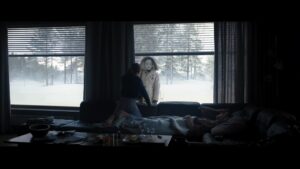 No Time To Die appears on 4K UHD and Blu-ray disc in its original 2.39:1 theatrical screen aspect ratio.  Although portions of the film were created with IMAX cameras, the aspect ratio on disc remains consistent and is not variable as it is on some other features produced with shifting proportions.  The video presentation is uniformly excellent, with only the occasional lens flare baked in as a visual artifact.  Significant portions of the film tend towards darkness, which is not necessarily evident from the screen grabs accompanying this review, but blacks are consistently solid with terrific shadow detail.  Fine detail is also exquisite and consistently sharp throughout the film, and the chromatic hues of HDR are on full display on the 4K disc. 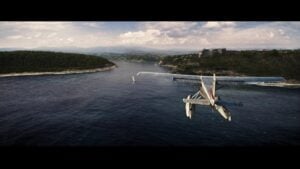 No Time To Die on 4K UHD and Blu-ray include a reference quality Dolby Atmos English audio by default.  Directional audio is exceptional, with every speaker contributing to a rich sound stage.  The score composed by Hans Zimmer is served well by this presentation, as is the staccato gunfire and the rumble of missiles, and everything in between.  If you are looking for an immersive aural experience, then this one is it. 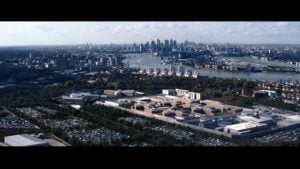 Special features included on the 4K UHD disc include all of the following:
Anatomy of a Scene: Matera(11:32):  Cast and crew talk about filming in the visual splendor of Matera, Italy.
Keeping It Real: The Action of No Time To Die(6:15):  Actors and stunt coordinators demonstrate the work that went behind the scenes with real actors’ movements and practical effects.
A Global Journey(7:50):  Location manager Charlie Hayes observes that “The locations become characters” and this is especially true in a Bond film.  This featurette discusses the locations in which the film was produced.
Designing Bond(11:04):  Production designer Mark Tildesley, costume designer Suttirat Anne Larlarb, and other cast and crew reflect on conceiving the design process for production.
Being James Bond(46:39):  This entertaining retrospective of the Daniel Craig Bond films directed by Baillie Walsh aired earlier this year on the MGM HD channel.
Also included is a paper insert with validation code for digital copy of the film. 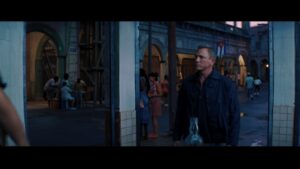 No Time To Die is a worthy conclusion to the Daniel Craig era.  The film itself provide all of the thrills and surprises that one expects in a Bond film, and the video and audio presentations are excellent, with particular emphasis on the excellent Dolby Atmos audio.  The special features are not particularly extensive, but all are worthwhile viewing.  No Time To Die is one of the most entertaining films of the modern Bond era.  James Bond will return, and the sooner the better.