Forum List What's new Dark Style Change width
Log in Register
What's new Search
Menu
Log in
Register
Navigation
Install the app
More options
Dark Style
Close Menu
Posted on July 23, 2020 by Matt Hough
You are using an out of date browser. It may not display this or other websites correctly.
You should upgrade or use an alternative browser.
above average season for the hit procedural 4 Stars

Very much an above average season for NCIS, the seventeenth year of the show brings forward lots of surprises for loyal fans and heralds the return, albeit too briefly, of one of its most cherished team members.

The seventeenth season of CBS’ hit procedural NCIS was monumental in several ways: with the ending the previous season of The Big Bang Theory, NCIS regained its dominion as the most watched scripted series on network television. The season of twenty episodes, while shortened as most shows were by the global pandemic which ended television production earlier than expected, managed to produce some of its most outstanding episodes in many years, two of which closed out the season. And, season seventeen saw the return one of the show’s most beloved characters – Ziva David who had been absent from the previous five seasons.

The return from “the dead” of Ziva David (Cote de Pablo) was the occasion of two double-episode story arcs, the first pair to begin the seventeenth season and the second pair at Christmastime. In each of them, Ziva detailed the story of her faked assassination, a ploy to go undercover once she found out that her immediate family of daughter Tali and lover Tony DiNozzo were in danger as she was being targeted by a terrorist named Sahar who was out to avenge the murder of her lover Ari, an event that went all the way back to season three of the series. Once Ziva found out that Zahar was going to try to get to her through NCIS team leader Jethro Gibbs (Mark Harmon), she felt she had to come out of hiding to warn Gibbs of possible impending danger, and danger it proves to be in four breakneck episodes that include one of the biggest surprise reveals in the history of the show.

Most of the season, of course, returns to the comfortable and familiar NCIS framework: a dead body discovered early-on (usually Navy or Marine attached) with a detailed investigation that takes various twists and turns until the perpetrator is uncovered and either arrested or killed. This season, some of those scenarios involved a death at a toxic trailer park, the discovery of elderly veterans with severed extremities, murder by hypnosis, blackmail and murder at a bugged motel, the murder of a Naval Band member, the deliberate crashing of a naval bomber, Nick Torres (Wilmer Valderrama) the victim of a hit and run driver, the reconstruction of cold cases through murder nutshells, and a fight over a vintage silver dollar worth $1.4 million. Through these crime dramas also ran some personal conflicts for members of the team which gave each cast member a showcase episode in which to shine. Forensic scientist Kasie Hines (Diona Reasonover) has her best friend arrested for murder. Agents Ellie Bishop (Emily Wickersham) and Nick Torres do another round of their mating dance as they inch closer to becoming a couple (with Gibbs and staff psychologist Jack Sloane – Maria Bello – not far behind). And Gibbs makes friends with new neighbors across the street, single mother Sarah (Louise Barnes) and her adorable nine-year old son Phineas (Jack Fisher) who Gibbs becomes especially close to and begins serving as a surrogate father to the lonely boy.

But in addition to the final Ziva episode which jerks highly earned and much deserved tears from loyal viewers (but don’t expect an on-camera reunion with Tony: Michael Weatherly was obviously too busy shooting his own series on the opposite coast), the series saves the best of its offerings for the end of the season. In “Ephemera,” a murder in retrospect story allows each of the cast members to play new characters in the murder story set in the 1970s. “Blarney” showcases the acting skills of Brian Dietzen (as medical examiner Jimmy Palmer) and Diona Reasonover as they are held hostage in a diner after a jewelry heist-gone-wrong compels the thieves to take refuge where the duo are having breakfast. And in the best NCIS episode in probably a decade, “The Arizona,” a 95-year old man (Christopher Lloyd) claiming to be one of two living survivors from the Pearl Harbor attack on December 7, 1941, insists NCIS prove he is who he says he is so he can be buried at sea with his fellow sailors. If there is any justice, Christopher Lloyd will earn a Guest Actor Emmy nomination for his brilliant and moving performance in this episode.

Here are the twenty episodes contained on the five DVDs on this season seventeen box set:

The program is presented at 1080i on the network broadcasts, and these downconverted 1.78:1 transfers are anamorphically enhanced for widescreen televisions. The show switched to digital production a few seasons ago, and the image has finally reached a point where it matches the visual quality of the network’s other top shows. The picture quality is perfectly pleasing and similar to the network broadcasts, but being standard definition, there are occasional examples of aliasing if one doesn’t have a good upconverting player or a television with excellent upconverting capabilities. Flesh tones are natural and very appealing, and black levels are all more than decently rendered. Each episode has been divided into 6 chapters.

The Dolby Digital 5.1 audio track (there is also a Dolby 2.0 stereo surround track available for each episode) does not always take full advantage of the available channels for this action-oriented series. Music by Bruce Kirk in each episode seems to be the most frequent occupant of the rear channels as the score is generously spread through the soundstage, but ambient sound effects don’t often get the full surround treatment though when explosions hit, they hit with real impact waking up the subwoofer. Dialogue, an important aspect of this crime procedural, is always well-recorded and has been placed firmly in the center channel.

Unlike previous seasons, there are no deleted scenes from any episodes and no audio commentaries. Instead there are four featurettes:

Inside Season 17 (16:36): the above named producers and cast including also Rocky Carroll discuss the most important or memorable episodes from the season.

The Return of Ziva David (8:15): producers Steve Binder, Frank Caradea, and Mark Horowitz and guest star Cote de Pablo revel in her four-episode return to the series to clear up her character’s exit from the team.

Very much an above average season for NCIS, the seventeenth year of the show brings forward lots of surprises for loyal fans and heralds the return, albeit too briefly, of one of its most cherished team members. Despite only a standard definition release, the box set is an acceptable substitute for fans of the long-running show.

Nice review, my wife and I watch NCIS every week.
You must log in or register to reply here. 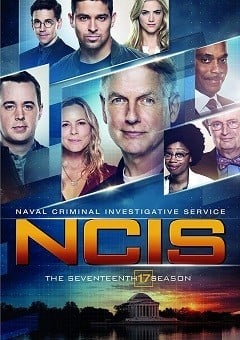