Forum List What's new Dark Style Change width
Log in Register
What's new Search
Menu
Log in
Register
Navigation
Install the app
More options
Dark Style
Close Menu
Posted on September 4, 2020 by Todd Gilchrist
You are using an out of date browser. It may not display this or other websites correctly.
You should upgrade or use an alternative browser.

September 20 marks the 72nd Primetime Emmy Awards ceremony, honoring the best television performances and series of the year. Before the winners are announced, check out the nominees so you can being preparing your social media campaign to get your favorites the recognition they deserve, or sure, take those smug winners down a peg or two.

Here’s a list of just a handful of the shows that made headlines in the last year. Thankfully, gone are the days when broadcast series were available only at the time shown on the original channel; and particularly with media companies creating streaming libraries, there are more opportunities than ever to see exactly what you didn’t know you were missing! 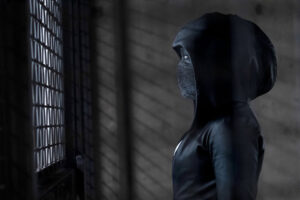 The shows with the most “major” nominations (meaning marquee categories) were the HBO series Watchmen and Succession. The shows offer a fascinating study in opposites given current events: the former “remixes” the 1986 DC comics series of the same name with a new story set 34 years in the future, exploring racial injustice and the notions of vigilante justice that are inherent to superhero mythology; while the latter explores the dynastic dysfunction of a wealthy family wrestling for control of a media empire whose success and ethics are, possibly essentially, disconnected. 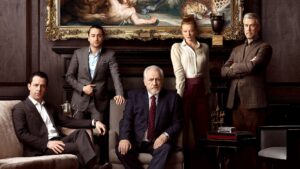 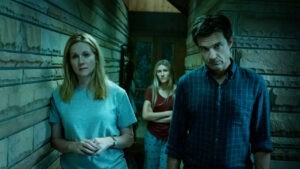 Next up is Netflix’s Ozark, described (if only vaguely) as the network’s answer to Breaking Bad. After a money laundering scheme for Mexican drug cartel falls apart, a corrupt financial advisor (Jason Bateman) relocates to Missouri in order to make things right by promising an even bigger operation. In its third season, the show received nominations for Drama Series, Writing and Directing, and three acting performances. Perhaps needless to say, you can find all three seasons on Netflix. 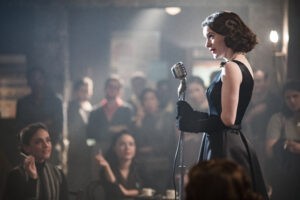 With eight nominations each, The Marvelous Mrs. Maisel and Schitt’s Creek not only captured Academy members attention, but the hearts of their passionate fan bases with increasingly sophisticated, compelling storylines. Mrs. Maisel, about a Jewish American housewife who embarks on a stand-up comedy career in the late 1950s, won an Emmy for Outstanding Comedy series (and three more awards) in 2018, two acting awards in 2019, and is once again up for some of those same awards – Comedy Series, two Directing nominations, and five acting awards. All three seasons are available on Amazon Prime. 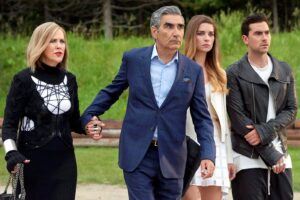 Schitt’s Creek was developed for Canada’s CBC Television when Dan Levy began to ponder the idea what wealthy families from reality television series would do if they were stripped of all of their money. Collaborating with his father Eugene and Eugene’s longtime comedy partner Catherine O’Hara, they created a show about a rich family forced to relocate to a town they once bought as a joke. Its extraordinary commercial and critical success has only increased throughout its six seasons; in 2020, it received recognition for Outstanding Series, Writing and Directing, four acting performances, and several technical awards. Originally broadcast by Pop TV, all six seasons of the show is available for streaming on Fubo, DirecTV, while only five are available (not yet its latest) on Netflix and IMDB TV. 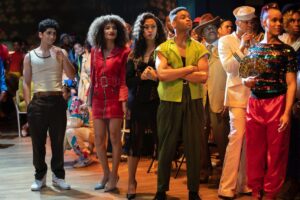 After the top five highest-nominated series, suffice it to say that a greater variety of series received recognition. But there are a number that are worth checking out that may be in unexpected contention against those juggernaut “favorites.” Pose, for example, received only one “major” nomination – for Billy Porter, who previously won Outstanding Lead Actor, Drama in 2019 – but the show not only offers a look at New York City’s LGBTQ ballroom culture in the late 1980s and ‘90s, but a deeply affecting and relevant portrait of a community rallying against a major crisis for its members, the AIDS epidemic. Originally broadcast on FX, both of its two seasons are currently available on Netflix. 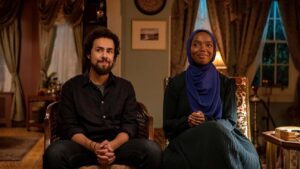 Another series whose significance has been effectively “anointed” by the Emmy nominations is Ramy, a Hulu show about a young American Muslim that attracted critical acclaim during its first season. Star and co-creator Ramy Youssef won a Golden Globe in January 2020 for the show’s first season, but it received three Emmys for its second season, for Directing, Youssef as Lead Actor, and Mahershala Ali as Supporting Actor. The show’s complexity and its engagement of cultural issues while being extremely entertaining has made it a dark horse for its categories. You can watch both seasons right now on Hulu. 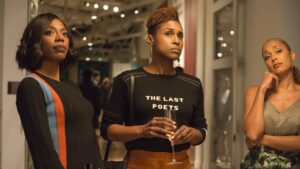 HBO’s Insecure has received widespread acclaim since its debut in 2016, but its recognition by the Academy was largely confined to star and co-creator Issa Rae. This year the show received three Emmy awards, including an overdue nomination for her co-star Yvonne Orji, and five Creative Arts Emmy nominations. Focusing on the personal and professional lives of a group of black women in Southern California, the show offers a wonderfully unique perspective on love and life through Rae’s always idiosyncratic creativity. All four seasons are currently available for streaming on HBO, HBO Max, HBO Now, and DirecTV. 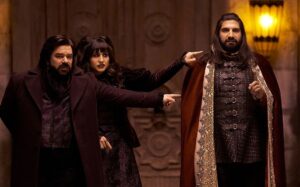 And finally, the four Emmy (and another four Creative Arts Emmy) nominations for What We Do In The Shadows announces the FX series as much more than a spin-off of the Taika Waititi film that inspired it – it’s a must-watch show and big-time awards contender going forward. The film’s co-writer Jemaine Clement (Flight of the Conchords) reimagines the series in Staten Island with a new group of vampires and their familiar; shot documentary-style, the series offers lots of hilarious takes both on vampire lore and reality-television conventions. This year the show was recognized in the Outstanding Comedy category, and received three separate nominations for Outstanding Writing. You can catch up on both seasons of the show on Hulu, DirecTV, Sling and Fubo.