I know you are excited for this, because for the first time in nearly an eternity, new Mystery Science Theater 3000 episodes are coming. You heard me correctly, MST3K season 11 will hit Netflix. April 14th.

The news was announced as the premiere episode (which is being kept super secret except to certain kickstarter backers) screened at Los Angeles’ Arclight Theater. Netflix kept this one so quiet that they didn’t even tell Joel Hodgson himself until right before the event started.

We don’t know what the experiment/movie is, but we do know that the cast looks pretty solid, as it includes Jonah Ray, Felicia Day, and Patton Oswalt, as well as a writer’s room with names like Joel McHale and Dan Harmon involved, and perhaps a guest appearance from Mark Hamill.

I helped fund this through Kickstarter. I'm dropping Netflix soon never to return.

I hope there is still a way I can watch this.

I hope there is still a way I can watch this.
Click to expand...

I'll just wait until I get my discs from the Kickstarter. I've already waited more than 17 years for new MST3K, I can wait a few more months.

TravisR said:
I'll just wait until I get my discs from the Kickstarter. I've already waited more than 17 years for new MST3K, I can wait a few more months.
Click to expand...

Yeah, I'm waiting for the discs, too. Not Kickstarter, but retail.

Only problem I have is do I buy the shiny new Blu set, or regular old DVD to keep the collection uniform?

The Master does not approve of Blu.

The Obsolete Man said:
The Master does not approve of Blu.
Click to expand...

Pretty great stuff. This new incarnation isn't lacking in any way. Very funny, and the writers certainly know their audience demographic.
Many of the jokes went way over the head of my 14 year old nephew(We watched the Star Crash episode) with mention of 60's, and 70's shows and movies.

Some very high caliber B movies. Star Crash, At The earths Core(will never get tired of the Caroline Monroe) and more.

I absolutely will not binge watch this. 1 episode a week.
Reactions: TravisR 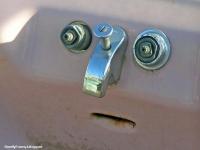 Long-time MST3K fan here. Let me start by saying I am really glad they are back. It was pretty cool to be part of that super-successful Kickstarter campaign. I will keep on watching, but I have a few critiques:
1. Too many jokes. Is that even possible?!? I think so. they come so rapid-fire, they lose their extemporaneous feel.
2. I can't tell Crow and Servo apart. Similar voices, personalities, jokes, etc.
3. the Netflix production dilemma. Under the Netflix model, they write and produce all the shows in a short period of time. There is no time to react to criticism. Too bad.
4. All hail Patton Oswalt!
Expand signature
Dropping cash into the DVD black hole since 2000

I was thinking about waiting for the Blu-rays but Joel has been saying that the best way to get more episodes is to watch via Netflix so I will do that soon. I've avoided reading alot of feedback on the new episodes but what I've seen seems pretty positive.
Reactions: Bryan^H

Well, I have to give them credit. Watched an enjoyable ep 3 last night. It helps that today I figured out that Tom Servo is played by one of the sons on Grace and Frankie.
Expand signature
Dropping cash into the DVD black hole since 2000
You must log in or register to reply here.
Share:
Facebook Twitter Reddit Pinterest Tumblr WhatsApp Email Link