When a senator dies unexpectedly, Governor Hubert Hopper (Guy Kibbee), Senator Joseph Paine (Claude Rains), and political boss Jim Taylor (Edward Arnold) rush to find a puppet replacement who can help push through a bill that includes the building of a dam on property the three own under a dummy corporation. They eventually appoint Jefferson Smith (James Stewart), a naïve Boy Rangers leader who loves everything about American history. So much so, that Smith quickly becomes restless once he settles into his office with assistant Clarissa Saunders (Jean Arthur). To keep him busy, Paine suggests that Smith work on a bill for a Boys Camp that Smith had been dreaming about. When Smith proposes the camp be built on the same site as the dam, Smith quickly learns what a dirty games are played in the nation’s capitol.

Mr. Smith Goes to Washington, despite its old fashioned values and time setting, is a timeless tale of naivete and political corruption. Stewart is wonderful as the wet behind the ears junior Senator, at first in complete awe of just being in Washington to suddenly realize he’s the laughing stock of the Senate. The rest of the cast is exemplary, as was often the case in Capra’s movies.

Home Theater Forum reviewer Richard Gallagher rated the video for the 2014 Blu-ray release as 5/5, with reservations due to poor condition of the source material and the obvious magic that Grover Crisp and his restoration experts at Sony were able to accomplish. While preparing this film for its 4K release, Crisp and his team went back to the 4K master created in 2014 to perform additional cleanup and repairs as well as an HDR10 pass. While the results provide a noticeable uptick in detail, they also reveal a heavier layer of film grain that some may find distracting. Contrast is slightly improved, offering up deeper blacks and stronger grayscaling. While I am a fan of film grain, unfortunately I preferred the 2014 Blu-ray image over this 4K upgrade.

For this release, the same DTS-HD MA mono track from the 2014 Blu-ray release was included. It is generally free of hiss and other anomalies,  providing clear and understandable dialogue throughout.

An important note: all of the UHD discs in the Columbia Classics set have a much appreciated and improved menu design over what Sony has been utilizing since the launch of this format that I often found frustrating. The improved menu design is more similar to what we have been used to with Blu-ray, bringing back a real pop-up menu allowing you to access audio and subtitle options without leaving the movie.

All of the extras can be found on the included 2014 Blu-ray release, so nothing new here.

The Frank Capra I Knew

While Mr. Smith Goes to Washington is most definitely an important film in the history of Columbia Pictures, and I’m always happy to see an old classic appear on the 4K format, most owners of the 2014 Blu-ray release may be a bit disappointed with the film’s inclusion in this set, considering there are no new special features and some may feel the upgraded video is actually a step backwards.

I'm curious to see the difference between this version with the 2014 release. I am still watching 4k releases on my 1080p Panasonic plasma so I'm not sure I'll see a difference.

Plus, my set isn't due to arrive from Amazon until tomorrow anyway! 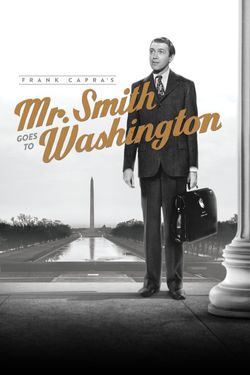