Bleek Gillam (Denzel Washington) is a dog. His girlfriend Clarke (Cynda Williams) knows it. His other girlfriend (Joie Lee) knows it too. Hell, even his dad knows it. But despite his penchant for self destruction, Bleek has built up his fame and stature through sheer drive and determination, infused by intense pressure to succeed since childhood. First from his mother, then from his own self.

It’s not just Bleek’s own self destruction that threatens to blow up his world, either. His manager, Giant (Spike Lee) is way over his head (especially for a short man) with gambling debt. His band fails to respect his direction, with Shadow (Wesley Snipes) seeking to steal Bleek’s spotlight, and maybe Indigo too. And the Flatbush brothers (John and Nicholas Turturro) are constantly pushing off both Giant and Bleek from trying to get a more fair share of the take that the Bleek Gilliam Quartet is bringing into their nightclub.

It’s just a matter of time until one of these ticking time bomb problems goes off. 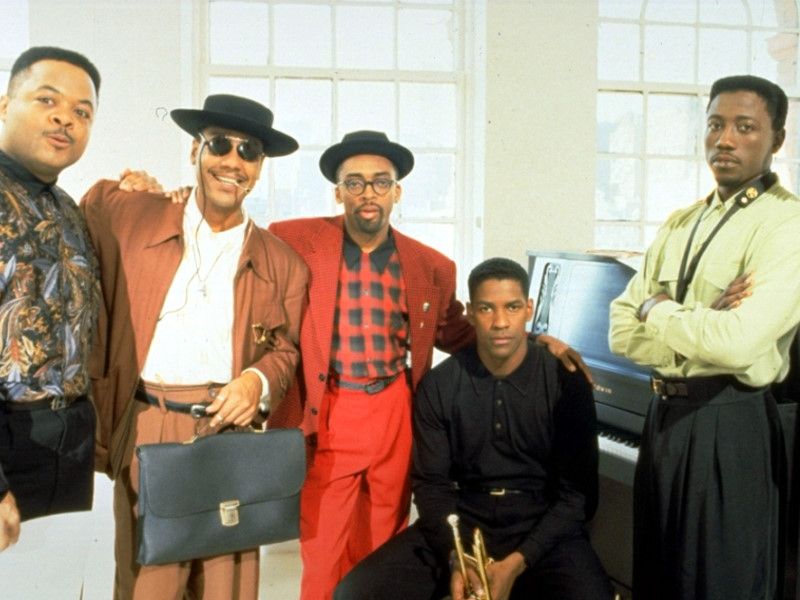 Mo’ Better Blues has always been my personal favorite of Spike Lee’s ‘Joints’, with Inside Man coming in a close second. And that’s in no small part to the Branford Marsalis Quartet and Terrence Blanchard’s wonderful score and soundtrack, one that spans the history of jazz music and honors that past. That in no way discounts the intense portrayal that Washington brings to Bleek, the twin but polar opposite influences of Clarke and Indigo pulling on Bleek, or Giant’s comic relief and own downward spiral.

Per news articles of the time, MBB was Lee’s opening salvo in his efforts to prove he wasn’t content to be in Woody Allen’s shadow. The story is essentially a Shakespearean tragedy featuring a modern day king destined to fall due to both palace intrigue and his own vices. Unlike Shakespeare’s doomed kings however Bleek gets a second chance, admits his faults and gets to have another go at life with one of his paramours. In my opinion this twist succeeds wildly, tho the film was only moderately successful on release and never quite reached the level of acclaim as say “Do the right thing”.

This end sequence might be seen differently with 2020 eyes, as Bleek’s confrontation of Clarke would definitely cross lines held in an era where “No means no”. But it was actually Lee’s portrayal of the Flatbush brothers that raised ire at the time, and earned him a dressing down from the Anti-Defamation League. Lee has resolutely refuted the claims of bias in the portrayal of those characters, and I’m certain he’d roll his eyes at any criticism of Bleek’s actions here. 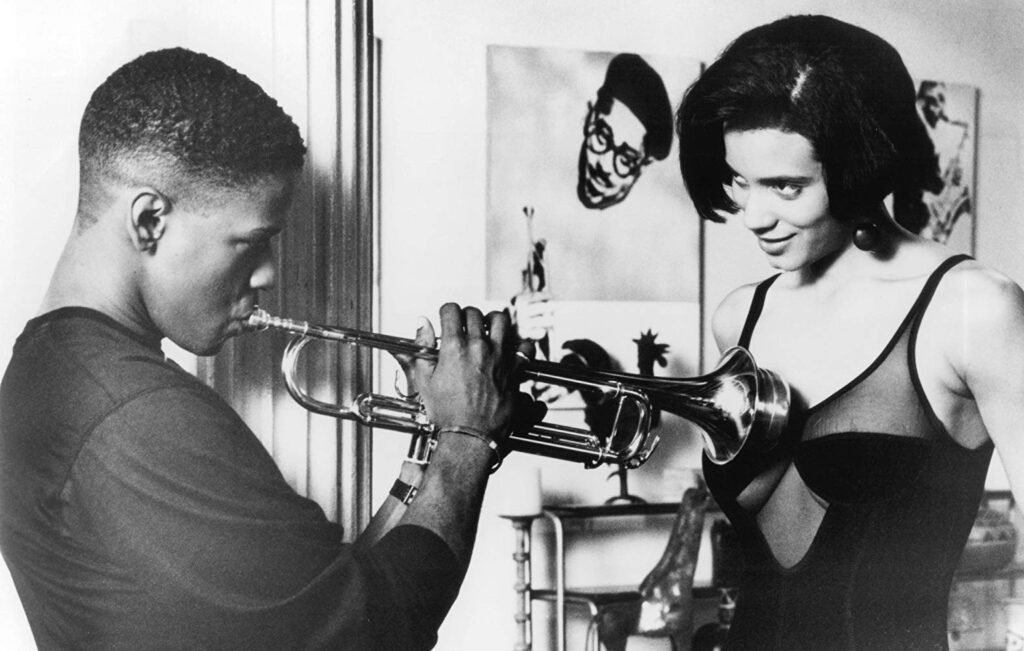 Per IMDB Mo’ Better Blues was filmed on Arriflex 35 BL4 cameras with Zeiss Super Speed Lenses. The Film Negative Format 35 mm stocks included Eastman EXR 50D 5245, 400T 5295, EXR 500T 5296, and 250D 5297. This disk accurately brings that capture to screen, warts and all, including the presence of grain throughout with more in dark interiors. While grain is certainly present it’s the vibrant red hues that permeate the entirety of the film, from the luscious red opening sequence through the girlfriends dresses in the club and into Bleek’s final performance. 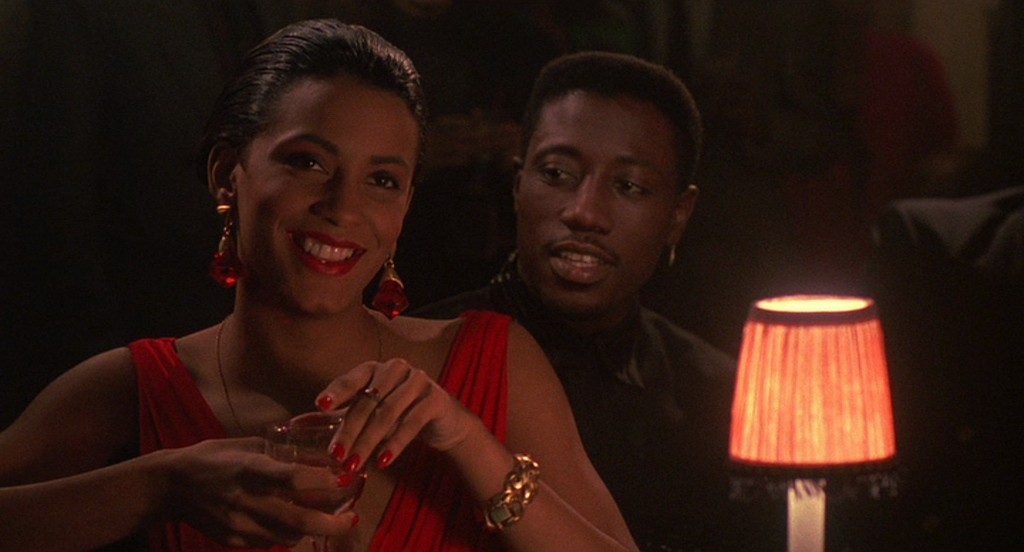 While the club sequences let the music slip from a wide front into the rear rafters, and the jazz is exquisitely rendered, there’s limited call for deep bombast. A brief sequence of hip-hop lets you know the subwoofer is still there, but this is a dialogue and intimate sound stage focused performance. 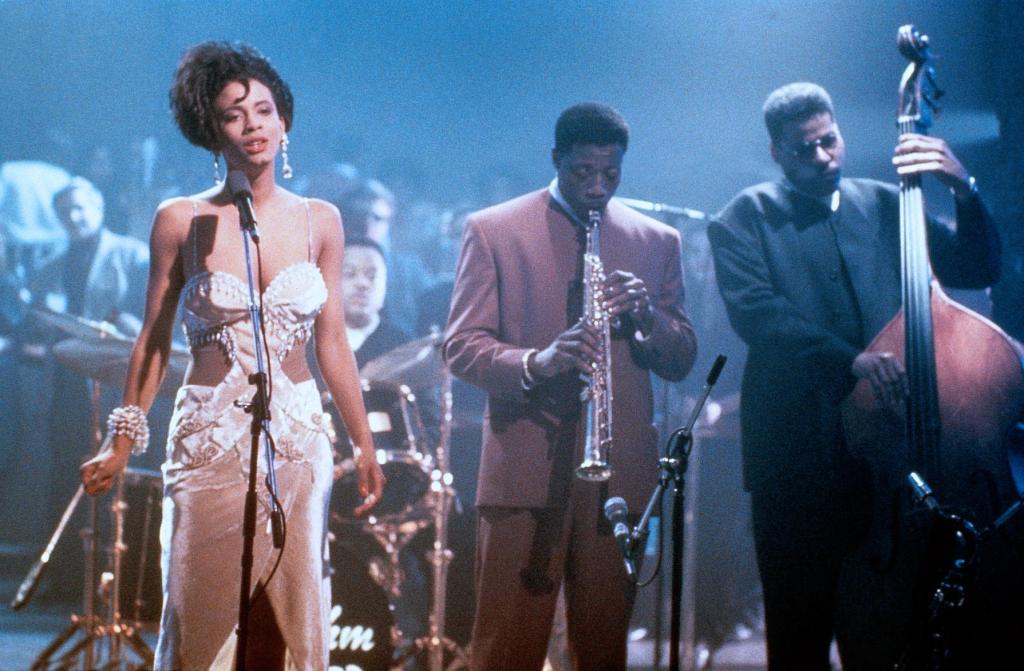 There’s a feature length commentary by critic Kameron Austin Collins and that’s it. I generally do not listen to entire commentary tracks for reviews, and not knowing Mr. Collins that did not tempt me from my default stance.

Trailers are not counted as extra features. Ever. 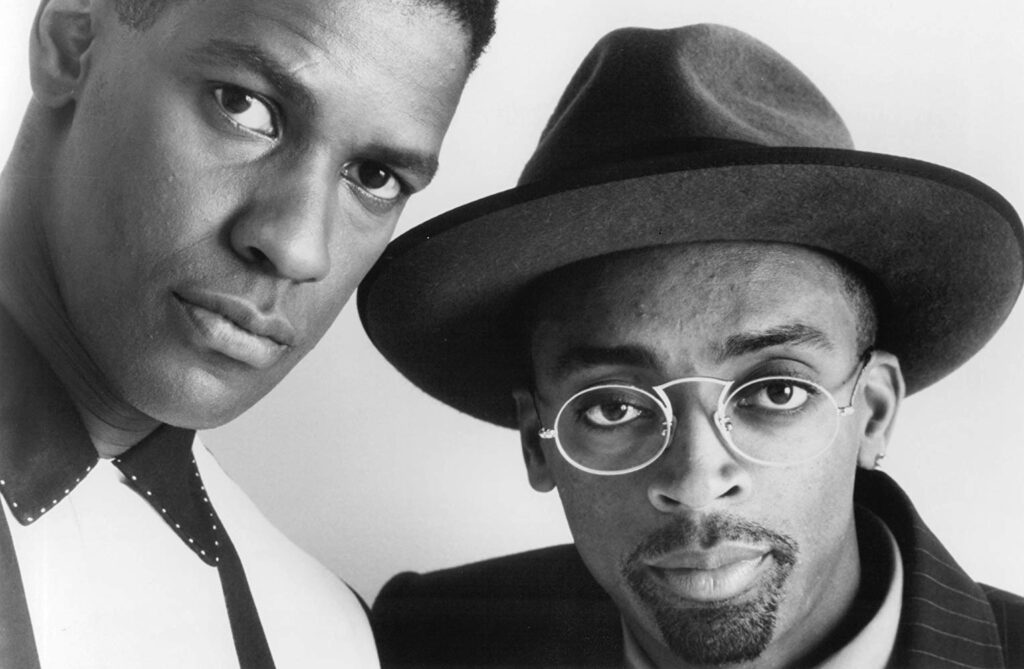 Overall it’s fun to revisit with an old favorite, and I especially loved seeing “Pop Top 40” performed by Washington and Snipes, and got a kick out of hearing Gang Starr’s Jazz Thing over the end credits again.

I do feel cheated that there wasn’t more included on the extras front though.

In the end the film stands on it’s own, and is an interesting bookend to later Washington performances such as his characters in Inside Man and Flight. Plus Lee’s use of static cameras in front of moving actors suffering breakdowns looks as good here as he’s ever done that trick. 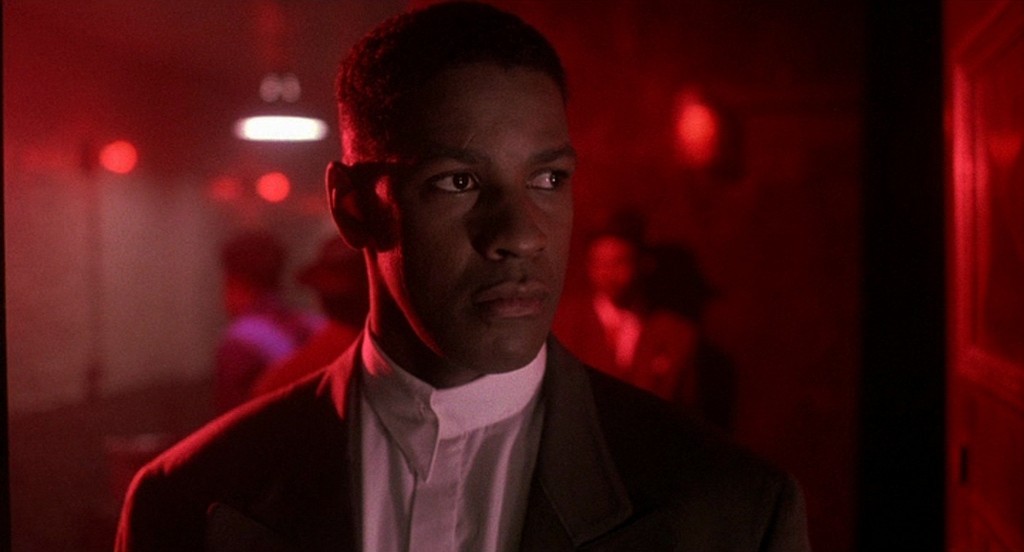 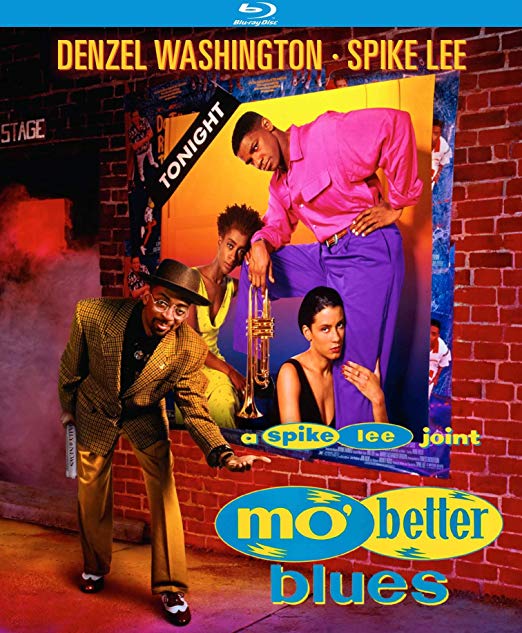