Mission: Impossible II is the low point for the cinematic adventures of Ethan Hunt and his varying IMF team, but it remains an entertaining film, if flimsy. Highlights include the central performances and several engaging action sequences supporting a less than compelling plot concept, with the whole affair caught up in too many slow motion shots trying to achieve drama, rather than accentuating drama. Still, director John Woo’s style is unmistakably on show here, and once you embrace that, M: I II becomes drastically more enjoyable.

“Good morning, Mr. Hunt. Your mission, should you choose to accept it, involves the recovery of a stolen item designated “Chimera.” You may select any two team members, but it is essential that the third member of your team be Nyah Nordoff-Hall. She is a civilian, and a highly capable professional thief. You have forty-eight hours to recruit Miss Hall and meet me in Seville to receive your assignment. As always, should any member of your team be caught or killed, the Secretary will disavow all knowledge of your actions. And Mr. Hunt, the next time you go on holiday, please be good enough to let us know where you’re going. This message will self-destruct in five seconds.”

The second installment, helmed by famed Hong Kong action movie director John Woo (Face/Off, Hard Boiled) leverages his style over substance formula to infuse the film’s stunts and action sequences with dramatic slow motion and gravity defying acrobatics, leaving the films story, what there is of it, in the dust. This is as far removed from the first film–and the feel of a Mission: Impossible tale–as a sequel could have been, leaving us with a much less satisfying experience. Entertained, but let down by what could, or should have been.

Ethan Hunt, recalled from his vacation, must pick up and convince the ex-lover of a former, and now rogue, Impossible Mission Force (IMF) agent to reconnect with her former spark, and help bring him down. In the process, they can save the world from a nefarious plot involving a deadly toxin. Matters become complicated when Hunt becomes romantically involved with the ‘mark’, and having to navigate her through the dangerous task of infiltrating back into the life her former lover and current lunatic, introduces an unexpected emotional weight.

Mission: Impossible II sacrifices substance in favor of style, plot in favor of simplicity, perhaps in reaction to the many complaints levied against the first film’s thick plot. It’s more likely simply the result of John Woo’s insistence that a film be written around favored action set piece ideas he wants included. In addition, the action leans toward the spectacular, with the climactic motorcycle chase and the fistfight being the most kinetic and lavish of the entire film. John Woo also lays out his requisite trademarks all too easily, with slow motion balletic gunplay, fluttering doves in echoing hallways, and exquisitely choreographed chase sequences that use various modes of transportation. It’s all good but feels superfluous.

Thandie Newton is appealing in the role of the cheeky thief Nyah Nordoff-Hall who must risk her life in the service of IMF (and Ethan). Dougray Scott plays the twisted villain and former IMF agent, Sean Ambrose. Newton and Scott both serve their roles well; with Scott being a surprising bad guy choice, though an interested one and Newton giving the franchise one of the most interesting characters to team up with the IMF. Hans Zimmer provides a solid score, with a lovely theme played by Spanish guitar, though the heavy metal guitar version of Lalo Schifrin’s memorable score is oddly ill fitting.

Mission: Impossible II is the weak link in the series and yet remains entertaining with a collection of great set pieces and a tone wholly different from the rest of the series.

My first reaction to seeing Mission: Impossible II on UHD was “wow”. The level of detail, crisp and lovely images, is something to behold. Blacks are rich and deep, shadow detail is excellent, skin tones are even, film grain is even and consistent, and the colors brighter. The HDR10 and Dolby Vision grading are superb. Colors are warm, sharp, the night sequences are striking in their detail, and fine details, skin, fabrics, thin hairs, are so clear and lifelike it takes a moment to breathe it all in.

The sequence in the bunker, before the climactic motorcycle sequences, is revealing of more detail than I’d seen in earlier releases, and once the action moves to the daylight dueling motorcycles and gunplay, the delicious contrast a brilliance of color really shine.

Perhaps the best example of what this 4K release offers comes during the title sequence as Cruise climbs the red rock mountain. This is a sequence that still makes my palms sweat (I’m not a great fan of heights)–and as Hunt receives his mission orders via the fancy sunglasses and throws them before they self-destruct, there’s a terrific level of detail, contrast, and punch to the scene, that it’s almost like watching the film for the first time all over again.

Mission: Impossible II, doesn’t include a Dolby Atmos track, but the available Dolby TrueHD 5.1 track is as bold and energetic as you can get without the Atmos additions.

This comes with a delightfully aggressive and playful sound design, with throaty action sequences and enveloping sound from revving car engines and frequent gunplay. Hans Zimmer’s score is services well by the Lossless audio, most impressive during the Lisa Gerrard-vocals led moments in Seville, Spain, where Hunt and Nyah first meet. Dialogue is balanced very well in the center channel and the surrounds are very active during the many action sequences.

The UHD disc has no special features though the included Blu-ray carries over the previously available extras.

What we do have here on the included Blu-ray disc is an interesting audio commentary from Director Woo and a collection of 11 featurettes covering the making of that amounts to 30+ minutes of detail. “Excellence in Film–Cruise” and “Generation: Cruise” are also available on the Mission: Impossible Blu-ray release.

In a series now six films deep, Mission: Impossible II stands out as the curious anomaly. John Woo’s distinct directorial approach helped the film stand apart from its predecessor, and once J.J. Abrams came aboard to direct the third film, the series was showing that it could create terrific entertainment adapted to the strong cinematic visions of different directors, but this second outing falters in its style over substance approach. While still a solid action film, and offering very good sequences and solid performances, particularly from Cruise and Thandie Newton, the sum is somehow less than its parts.

Paramount’s release of part II in the new UHD format is a delight.

You can argue whats the best Mission: Impossible movie until the cows come home. You CANNOT argue that II ISN'T the worst one. Its just that bad.

Is this missing the "Mission Improbable" extra? If so, that's disappointing. If it were shown in better quality than what we got on the DVD, I'd be all in. 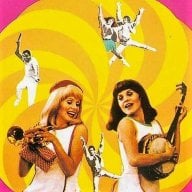 Interesting how the consensus changes over time.

I loved M:I and didn't understand why for years folks considered it the worst in the series (maybe it was the Phelps thing). Nowadays it's widely considered one of the best.

I hated M:I-2 and didn't understand why it was so well-received. Now most agree it's the worst M:I film -- by far -- and Woo's tiresome gimmicks have dated badly. I rewatch all the movies in the series except that one.
Reactions: Osato
You must log in or register to reply here.
Share:
Facebook Twitter Reddit Pinterest Tumblr WhatsApp Email Link 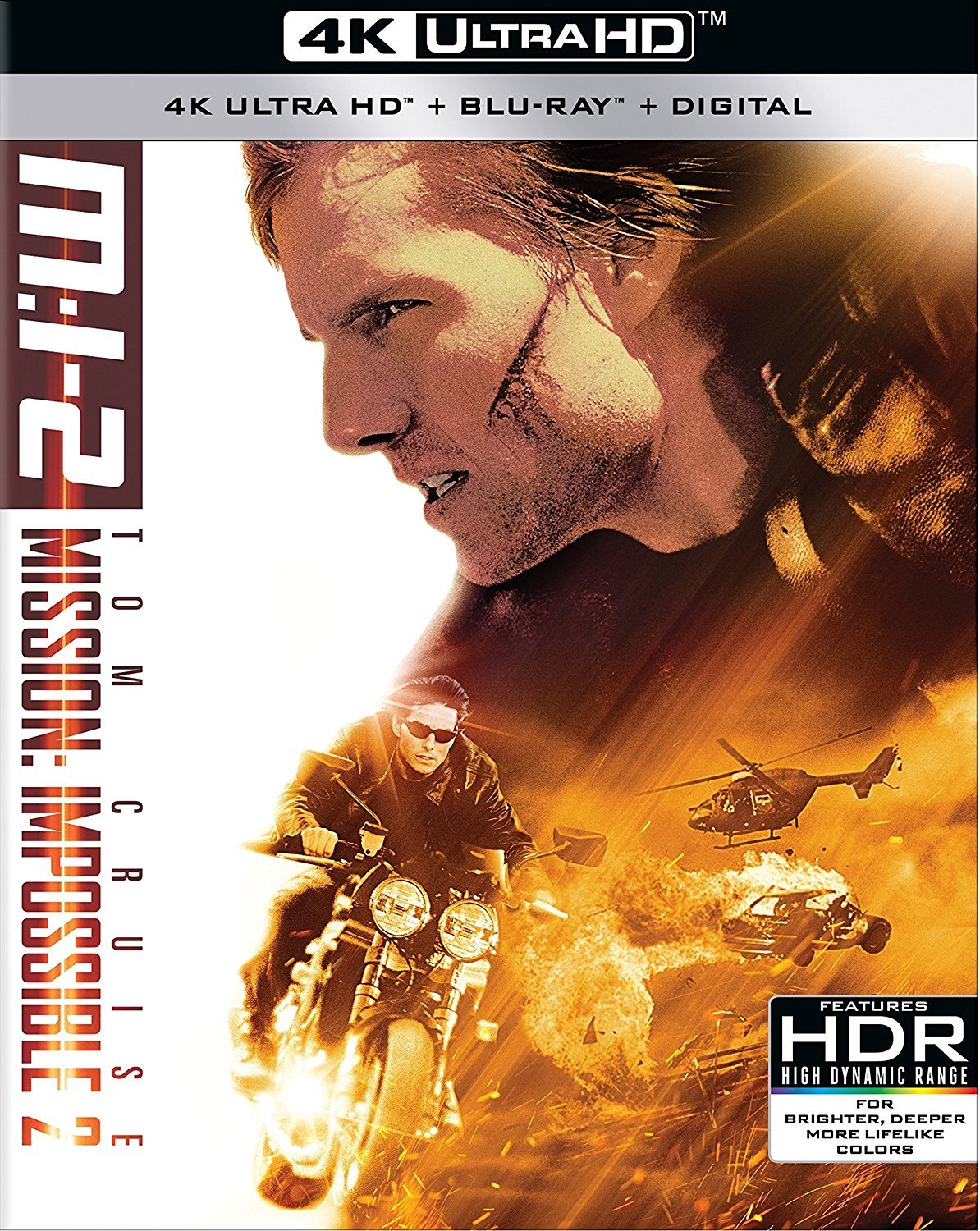