Forum List What's new Dark Style Change width
Log in Register
What's new Search
Menu
Log in
Register
Navigation
Install the app
More options
Dark Style
Close Menu
Posted on December 12, 2021 by Martin Dew
You are using an out of date browser. It may not display this or other websites correctly.
You should upgrade or use an alternative browser.

McIntosh is introducing the mono RS150 (pictured above) and stereo RS250 wireless loudspeakers. Both standalone units offer a completely wireless solution, and neither require a dedicated control app, but rather feature built-in streaming ‘cast-to’ technologies such as Spotify Connect, TIDAL Connect, Apple AirPlay 2, Bluetooth, Chromecast, and Roon Ready, enabling streaming direct from smart devices. The RS150 ($1,200 USD) is slated for availability this month, while the RS250 ($3,000 USD) is expected to ship in January, with worldwide releases following shortly thereafter.

McIntosh considers the RS150 to be “entry-level” and a chance for consumers to get their first experience of the company’s “legendary” performance standards. With 120 Watts total power and an enlarged woofer (over the previous RS100) to 5 1/4-inches, a reengineered encloser promises to deliver higher output with lower distortion and deeper bass extension. With a removable grille, the company says the design resembles the traditional McIntosh aesthetic with glass front panel on the lower section. 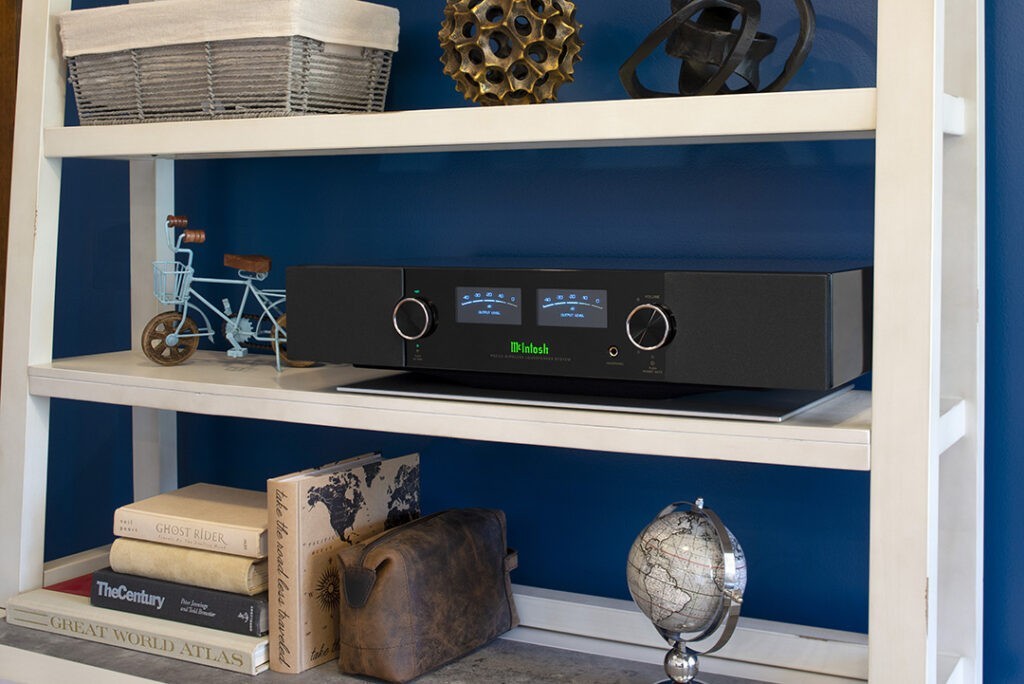 The RS250 Wireless Loudspeaker System, meanwhile, features turntable connectivity, HDMI ARC for use with a TV, and a substantial 650 Watts of total power channelled into two 4 x 6-inch woofers, four 2-inch midranges and two 3/4-inch tweeters. The two woofers are down-firing so that the sound emanates from under the main chassis, and their enclosure has been reengineered to reduce distortion with improved bass control. The unit can be connected to an external powered subwoofer, and further connectivity includes an optical input, 1/4-inch headphone jack and 3.5mm AUX input.