Forum List What's new Dark Style Change width
Log in Register
What's new Search
Menu
Log in
Register
Navigation
Install the app
More options
Dark Style
Close Menu
Posted on May 13, 2018 by Neil Middlemiss
You are using an out of date browser. It may not display this or other websites correctly.
You should upgrade or use an alternative browser.
Good, but not great close-out to the Maze Runner trilogy 3 Stars

If you can get past the unconvincing central premise (of an evil corporation spending what must have been billions on elaborate Maze facilities and tests for potential cure-holding youth), there’s enough to invest in and like from The Maze Runner trilogy. The trilogy began strongly, followed by a listless and disappointing sequel, before director Wes Ball helped get to the end respectably enough. It’s more noise and energy than dramatic weight, but I think that is what this film wanted to be, a showcase of likeable characters on a quest, fighting back against a corrupt and evil system. With that goal, The Death Cure works well enough.

“The world is dying. If we find a cure that’s the only way all of this was worth it.’”

The tight-knit group of survivors (Gladers) who escaped the prison-like maze, fails to rescue one of their group being held by the WCKD Corporation for more tests on children immune to the deadly Flare virus that continues to ravage the world. They won’t give up, though. Placing everything at risk, they plot to break into “the last city,” an oasis of civilization amongst the barren wastes of the “old” world. However, they can’t do it alone and must partner with a band of rebels, the Right Arm Resistance, to break in to the city, rescue their friend, and find a way to save as many people as possible.

Based on James Dashner’s The Maze Runner books, the film series turned out to be a quite good entry into the recent young-adult (YA), dystopian future-themed wave. Thought that wave appears to have just about run out of steam. The Hunger Games was the best of the bunch, though The Maze Runner trilogy offered-up an intriguing mystery and a likeable collection of characters. This helped it fare better than others dystopian YA-tales, like the Allegiant series, which never got to cross the finish line, and The Wave and The Host, neither of which made it past its opening film. What The Maze Runner did right was assemble a talented group of young actors and hold the budgets in the modest realm. Thanks to director Wes Ball, who handled each of the three films, the productions looked far bigger than the budgets suggest, and while the series never reached Hunger Games levels at the box office, it managed to be a solid financial performer for Fox.

Director Wes Ball once again delivers a handsome production. He stages a number of very good action sequences, largely keeping the energy and freneticism easy to follow. With the largest budget of the three films at a reported $62MM, The Death Cure boasts the most ambitious ideas and executes on them with excitement. The film’s opening, with a well-crafted train heists, is a good example of what this film can do when it works. Cinematographer Gyula Pados provides a sufficiently moody, muddy, sleek and clinical look for the various environments, and, matched with high quality visual effects work, The Death Cure looks more like a $100MM production.

The returning cast, led by Dylan O’Brien as Thomas, is once again appealing. O’Brien in particular carries the weight of the films drama well, and he’s supported by fine partners in Thomas Brodie-Sangster as his plucky friend, Newt, and Dexter Darden as Frypan. Dueling love interests and complex characters, Rosa Salazar as Brenda and Kaya Scodelario as the betrayer, Teresa, are both appealing in different ways. Salazar’s Brenda is a joy to watch with her confidence and aplomb, and Scodelario’s morally conflicted Teresa bridges the gap in how we feel about how to solve the global crises, even as we become more rooted in disgust at WCKD’s methods. Rounding out the notable supporting players are Ki Hong Lee as Minho, Will Poulter as Gally, and the always terrific trio of Giancarlo Esposito as Jorge, Patricia Clarkson as Ava Paige, and Aidan Gillen as the duplicitous Janson.

The premise behind the Maze Runner films has always been hard to swallow. It asks for quite the leap in logic and the answers to the main questions it poses are nearly satisfying or smart enoght. The films also secures too much of its momentum from the Thomas character being careless, making things harder than they need to be. Despite this, these films remain entertaining. Setting aside the melodrama-leaning in The Death Cure (and forgiving the meandering, forgettable second film, The Scorch Trials), The Maze Runner trilogy is enjoyable.

The Maze Runner: The Death Cure is a pristine HD presentation. Shot with Arri Alexa XT, Panavision Primo 70 Lenses (per IMDB), the details in the decaying landscapes, in the textures on clothing, settings, and the skin and faces, is stunning. Contrast is excellent, too. Black levels are impressive and the only way this film could possible look any better would be to watch the UHD version.

The DTS-HD Master Audio 7.1 track is incredibly active. Frequent use of the surrounds during the imaginative action sequences and metropolitan battles, with explosions, screams, and more punctuating them, the track is nicely immersive. A delicious amount of low frequency effect keeps everything rumbling heavily exactly where it needs it, and the dialogue is clear and perfectly balanced (dominantly) in the center channel. Another superb audio track from Fox!

An earnest collection of special features with looks at various aspects of the production, an interesting assortment of deleted and extended scenes. The commentary with the director, screenwriter, and one of the producers is rather interesting as well. There is also a gallery of 300+ images, something you don’t find too often.

If you can get past the unconvincing central premise (of an evil corporation spending what must have been billions on elaborate Maze facilities and tests for potential cure-holding youth), there’s enough to invest in and like from The Maze Runner trilogy. The trilogy began strongly, followed by a listless and disappointing sequel, before director Wes Ball helped get to the end respectably enough. It’s more noise and energy than dramatic weight, but I think that is what this film wanted to be, a showcase of likeable characters on a quest, fighting back against a corrupt and evil system. With that goal, The Death Cure works well enough.

I liked the first one, was lukewarm on the second. Will give this a shot soon.

Sam Posten said:
I liked the first one, was lukewarm on the second. Will give this a shot soon.
Click to expand...

It's worse than the 1st, better than the 2nd.

Not very good overall, IMO, though it starts well...
You must log in or register to reply here.

A Few Words About A few words about...™ Maze Runner: Death Cure -- in 4k UHD Blu-ray 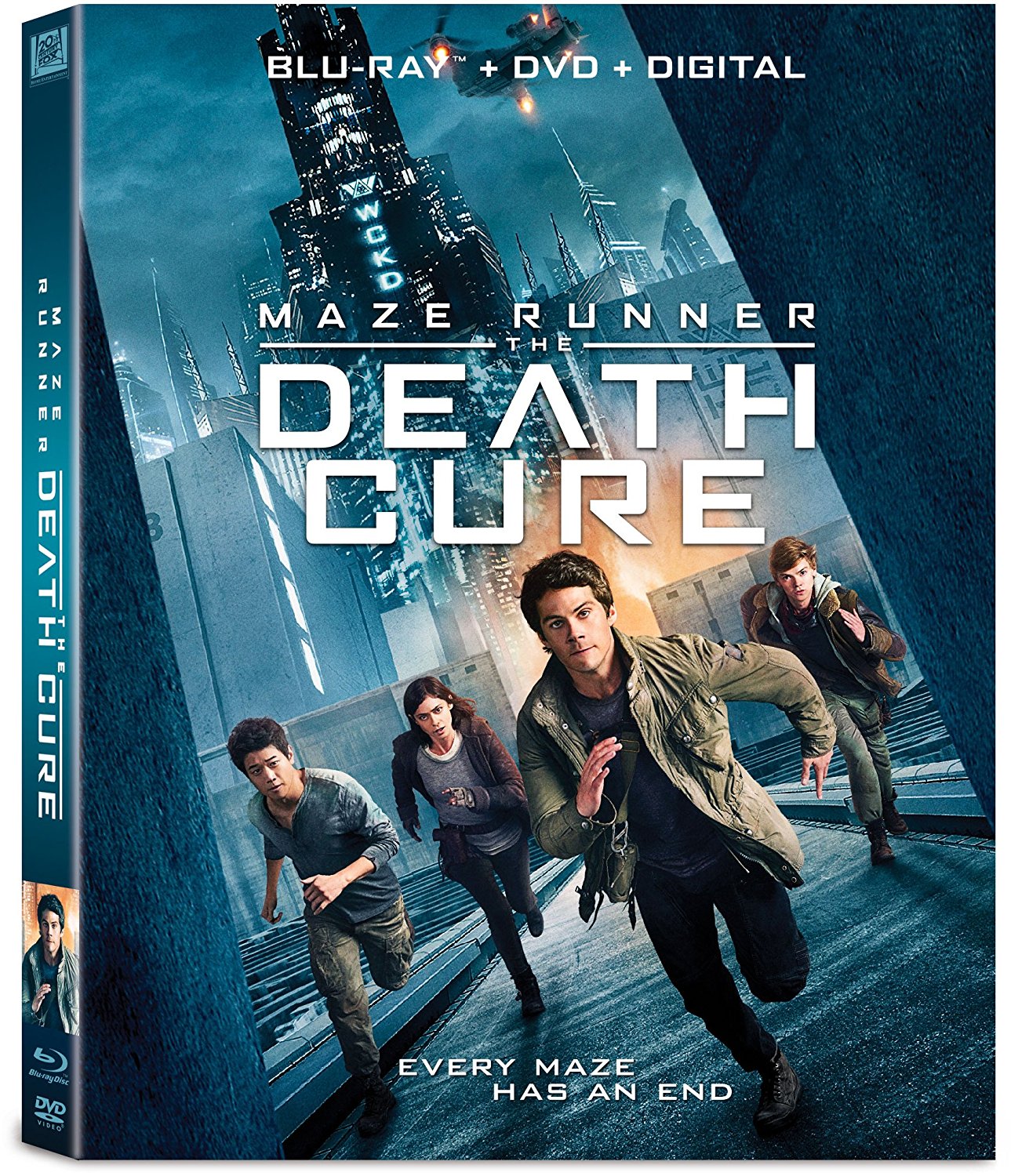