George Miller’s long-awaited and often delayed follow-up to his Mad Max trilogy roars onto UHD Blu-ray as part of Warner’s first wave of releases, offering a noticeable video upgrade over its 1080p counterpart.

1979’s Mad Max was an important film in many ways. Made on a very limited budget, the post-apocalyptic actioner put Australia on the map of world cinema, launched the directing career of former physician George Miller, and introduced the world to Mel Gibson, who would go on to become an international star. Miller would follow up with a sequel, The Road Warrior (aka Mad Max 2 in Australia) two years later, and direct the fourth segment of Twilight Zone: The Movie before co-directing what many thought would be the final installment, Mad Max Beyond Thunderdome in 1985, as the series evolved into a live-action cartoon. Nearly thirty-one years later, after many production delays, George Miller (now in his 70s) returns to the series that launched his career with Mad Max Fury Road. With the casting of Tom Hardy in the title character, it would be easy to call this a reboot, while others who considered it a sequel often argued as to where it lies within the mythology (there are some who think Hardy’s Max is the young boy Gibson’s Max saved in Thunderdome). My theory is that it doesn’t really matter, as this entry stands on its own feet rather well without having to call back to the previous films in the series. Max is a loner and former cop, kidnapped by a gang of thieves led by warlord Immortan Joe (Hugh Keays-Byrne) for his O-type blood to provide transfusions during battles for soldier Nux (Nicholas Hoult), who is escorting a War Wagon driven by Imperator Furiosa (Charlize Theron) towards a refinery for refueling. However, Furiosa is smuggling Immortan Joe’s wives to what she believes is a safe oasis in the desert. Max escapes from Nux and offers to help Furiosa lose the trailing Joe and his army and get to her oasis.

Miller takes his audience on two rides Mad Max Fury Road, first a chase through the desert, followed shortly thereafter by a race back to Joe’s compound, hoping to stop Joe once and for all. And Miller, with his crew of masterful technicians including Cinematographer John Seale, Production Designer Colin Gibson, a team of insane stunt performers, and a percussive score by Junkie XL, give the viewer a two-hour adrenaline rush that can’t be explained but can only be experienced. The six Oscars awarded, mostly in technical categories, were very well-deserved.

As with almost all of Warner’s first wave of UHD Blu-ray releases, Mad Max Fury Road was completed in 2K for theatrical release, having been shot digitally with the ARRI Alexa. Warner has upscaled the 2K image to 2160p, retaining the film’s original theatrical aspect ratio of 2.40:1, and then regraded using High Dynamic Range. For the most part, the result is a definite improvement over the 1080p Blu-ray release (also included in this package), with more-defined and vibrant colors and increased detail. But with increased detail and upscaling comes very brief moments of noise that were likely intended to mimic film grain. Thankfully, you really have to be looking for it to notice it. Many of the fiery explosions appear to have a more comic-book look to them in UHD, but I believe these to be somewhat intentional, considering Miller’s screenplay was essentially a graphic novel rather than 120 pages of words on a page.

The UHD Blu-ray contains the same Dolby Atmos mix found on the Blu-ray release, which is backwards compatible to Dolby TrueHD 7.1 for those, like myself, who are not equipped with ATMOS. The 7.1 mix also folds down nicely to 5.1, still providing an immersive sound experience for the viewer. The track has a tremendous dynamic range, from a few, brief quiet passages of dialogue in the cab between Max and Furiosa, to an all-out assault on the eardrums during the height of the action sequences. This is definitely NOT a movie to watch without headphones late at night.

ATMOS: I just upgraded my theater to Dolby Atmos using overhead speakers (7.2.4) and the first two minutes sold me on what a great Atmos mix this is. The voices in Max’s head during the opening were coming from overhead and all around completely enveloping me, and when the first “car” jumped onto the screen, I knew it was coming before I saw it as it started in the back of the room from the rear speakers and then literally moved from back to front over my head to appear on screen, it was an AMAZING effect. — Adam Gregorich

Mad Max Fury Road is very likely the demo disc for the new format so far, with noticeable increased detail and color range, but with a minimal cost in additional picture noise from the studio’s upscaling (again, if you really go looking for it). If you’re considering a UHD Blu-ray player and are not interested in 3D, then this would be the recommended edition to purchase. For those who already own a UHD Blu-ray player, then purchasing this is a no-brainer. 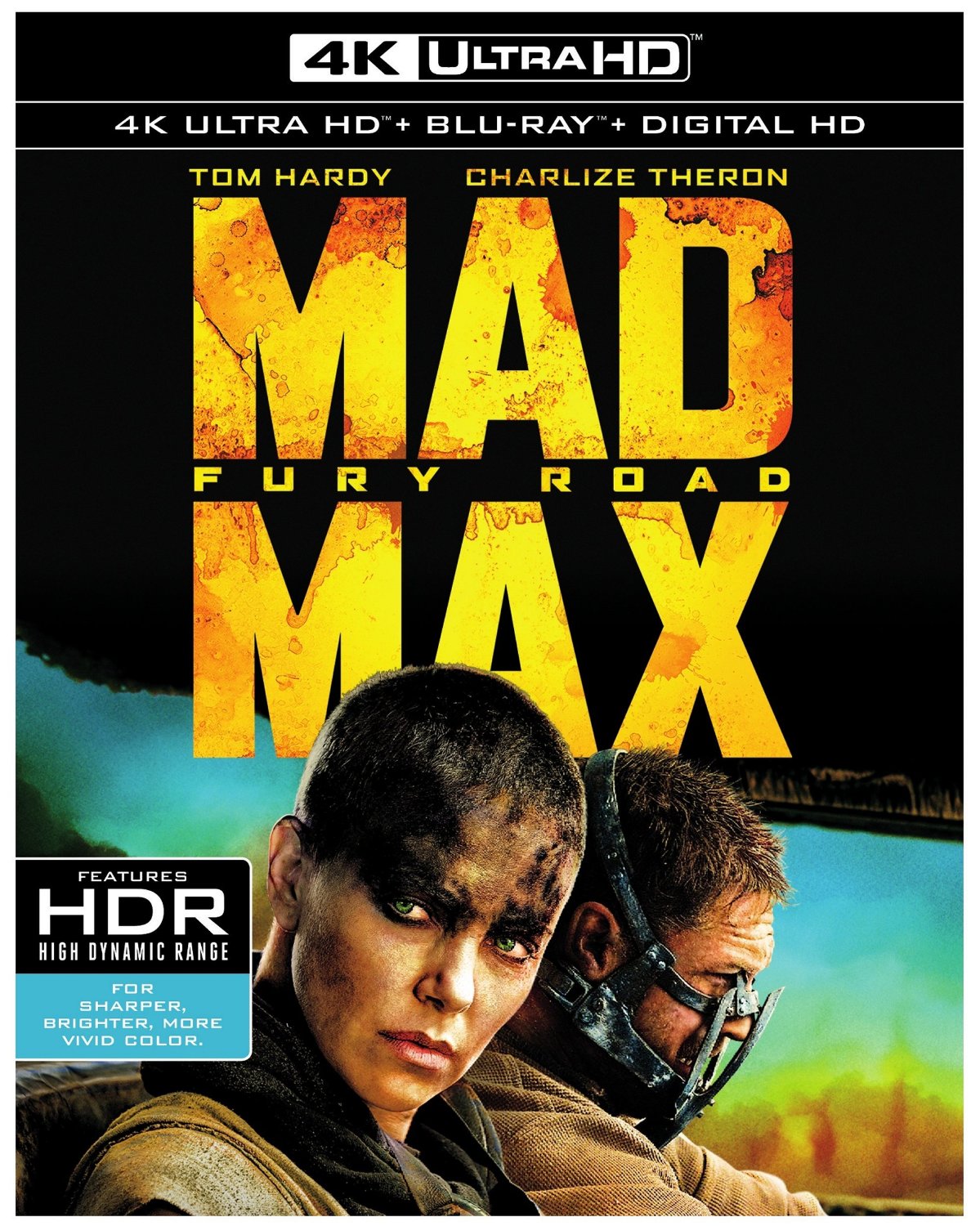