Forum List What's new Dark Style Change width
Log in Register
What's new Search
Menu
Log in
Register
Navigation
Install the app
More options
Dark Style
Close Menu
Posted on August 10, 2021 by Todd Erwin
You are using an out of date browser. It may not display this or other websites correctly.
You should upgrade or use an alternative browser.
Cute, but not great, Pixar 4 Stars

Young Luca (Jacob Tremblay) is a fish-herding sea monster living with his parents, Lorenzo (Jim Gaffigan) and Daniela (Maya Rudolph) off the coast of Italy during the late 1950s or early 1960s. When he discovers there’s a world above the ocean after meeting a fellow sea monster named Alberto (Jack Dylan Grazer), Luca follows him onshore to discover that when dry, they both transform into humans. Alberto introduces Luca to his home on land in an abandoned lighthouse, where they quickly bond as brothers, trying to build their own Vespa. They then venture into town, where they meet Ercole (Saverio Raimondo), the Triathlon champion and town bully who also owns a Vespa, who immediately dislikes these two out of towners. They are then befriended by young Giulia (Emma Berman) who saves them from being exposed as sea monsters by Ercole. The three then hatch a plan to enter the Portorosso Cup Triathlon and split the winnings so the boys can purchase a Vespa and travel the countryside. But there’s a problem – one of the three events involves swimming (which would expose the boys as what they really are), and neither of the boys have ever ridden a bicycle. So, Giulia decides to help them with their training, while her one-armed father, Massimo (Marco Barricelli), who has been hunting for sea monsters most of his life, allows them to stay in Giulia’s treehouse. While all of this is happening, Luca’s parents arrive on shore, looking for their runaway boy.

The story of Luca is simple, which is part of its charm, a real fish out of water tale. The animation is up to the usual Pixar standards, with extensive detail and bright, vivid colors, and the style is heavily influenced by European animation, especially what I like to refer to as the “Aardman mouth.” The vocal performances are exceptional, as well. Where the movie falters somewhat is in its lack of emotional depth that Pixar films are well-known for, movies like the entire Toy Story franchise, Up, Finding Nemo, etc. Luca is almost the polar-opposite of its previous feature, Soul, a film aimed more at adults than the much younger audience this film is aiming for. Still, Luca is definitely light years above much of the “original” animated features found on Netflix or Prime Video.

I had originally screened Luca shortly after it premiered on the Disney+ streaming service last June in UHD and HDR10. It was a very good presentation, although I did notice some minor banding here and there, but chalked that up as bandwidth issues. Viewing Luca for a second time, this time from a 4K UHD Blu-ray disc in an HEVC-encoded 2160p transfer with HDR10, was simply breathtaking. The colors are much more vivid, so much so that the image just seems to pop. Fine detail is also excellent, with intricate fabric textures on full display (particularly Alberto’s tank top). Contrast is better controlled on this disc especially many of the darker night time sequences, thanks to both HDR10 and the higher bitrate, as this is where some of the banding issues occurred on the Disney+ stream.

The default Dolby Atmos (with a Dolby TrueHD 7.1 core) mix on this disc is a bit of a disappointment, sharing many of the same issues that plague the DD+ core-based Atmos mix found on Disney+. This is still a very front-heavy mix with a wide soundstage and minimal use of surround or height channels. Fidelity and dynamic range are improved slightly, but that’s about it. Compared to the Dolby Digital+ 7.1 track also included on the disc, the Atmos track has the upper hand as well with sound placement and movement, especially across the front three speakers, as sounds travel more fluidly.

For a Pixar release, Luca is a bit skimpy on the extras, but then again, the film was completed during the COVID-19 pandemic. All of the special features can be found on the included Blu-ray edition.

Our Italian Inspiration (1080p; 14:21): Director Enrico Casarosa looks at his Italian upbringing as the inspiration for the film, and many of the animators discuss their trip to Italy for further inspiration.

Secretly a Sea Monster (1080p; 12:23): Character design and creating the transformation process from Sea Monster to Human and back again.

Digital Copy: An insert contains a code to redeem a UHD digital copy on Movies Anywhere.

Luca may not be great Pixar, but it is still a sweet, cute little film for the entire family.

(as of September 22, 2021 11:36 GMT -07:00 – More infoProduct prices and availability are accurate as of the date/time indicated and are subject to change. Any price and availability information displayed on [relevant Amazon Site(s), as applicable] at the time of purchase will apply to the purchase of this product.)

In the Heights (Blu-ray + Digital)

Has Pixar ever made a stinker?
Looking forward to viewing being an aquaria afishianado!
Thank you Todd.

There are some who consider The Good Dinosaur and Cars 2 to fall into that category. Collider places Luca at #13 on their list of Worst to Best. 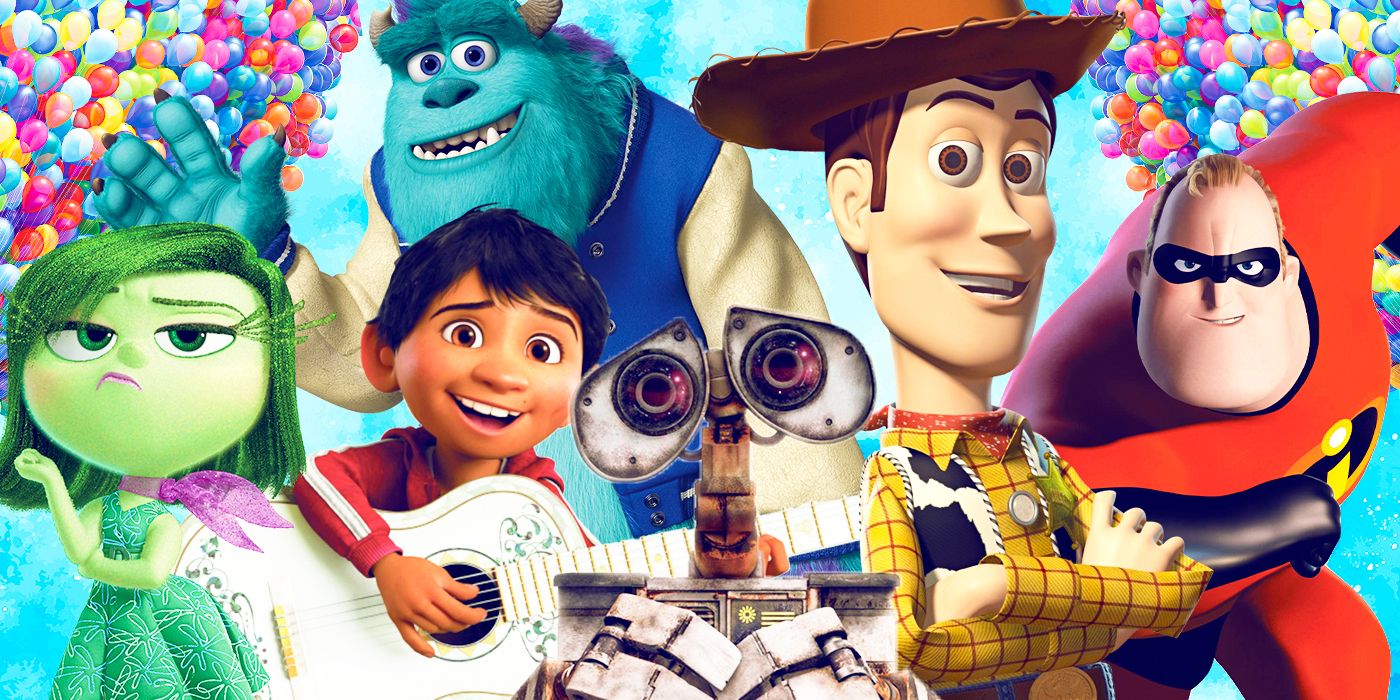 Every Pixar Movie Ranked from Worst to Best

Our ranking of every Pixar movie ever made runs down the highs of the animation studio like Inside Out and the lowest lows, like Cars 2.

But even a "bad" Pixar movie is better than some of the junk I see parents renting from Redbox for their kids.

Todd Erwin said:
There are some who consider The Good Dinosaur and Cars 2 to fall into that category. Collider places Luca at #13 on their list of Worst to Best.

Every Pixar Movie Ranked from Worst to Best

Our ranking of every Pixar movie ever made runs down the highs of the animation studio like Inside Out and the lowest lows, like Cars 2.

But even a "bad" Pixar movie is better than some of the junk I see parents renting from Redbox for their kids.
Click to expand...

I rewatched all the Pixar movies recently and I have to say I found The Good Dinosaur to be a nice little movie. Certainly not as good as Pixar's best but it was one of the 'surprises' I had from seeing all their movies again.

For my money, not every movie is great but there are no bad Pixar movies.
You must log in or register to reply here.

Tuesday at 8:48 AM
smithbrad
S