Gillian Armstrong’s 1994 film adaptation of Little Women makes its third visit to Blu-ray, and this is perhaps the best release so far.

Louisa May Alcott’s 1868/1869 novel (originally published in two volumes) Little Women, with its portrayal of strong female role models, was definitely ahead of its time, which may account for its popularity both then and now. It has been adapted for various forms of media several times, including movies (seven at last count), numerous TV adaptations, stage musical, opera, and even as a radio drama.

Little Women tells the story of four sisters living at home with their mother near the end of the Civil War in Concord, Massachusetts. Living in near poverty as their father is off to war, eldest daughter Meg teaches a family of four children while Jo keeps her wealthy great-aunt company, often reading to her in the afternoon. Their next door neighbor, a young man named Laurie has just returned from his mother’s home in Italy to live with his grandfather while being tutored by John Brooke. Meg takes an instant liking to John, while Laurie becomes friends with Jo, who sees him more like a brother and invites him to perform in the plays they perform for themselves in the attic. As they grow older, Meg marries John, Laurie goes off to college, and Jo moves to New York as a tutor to two children, writing short stories that are published in the newspaper. The sisters are reunited when middle sister Beth finally succumbs to the after effects of contracting scarlet fever as a child taking a toll on her health, and Jo learns that her novel, Little Women, is about to be published after German professor Bhaer who lived at the same boarding house as her (and took a liking to her) showed the manuscript to a friend of his.

Director Gillian Anderson’s 1994 adaptation is considered by many to be the best, and I could not agree more. Working with a talented all-star cast that included Susan Sarandon as mother Marmee, Winona Ryder as independent tom-boy sister Jo, Trini Alvarado as eldest sister Meg, Claire Danes as middle sister Beth, Samantha Mathis and Kirsten Dunst as youngest sister Amy, Christian Bale as Laurie, Eric Stoltz as John Brooke, Mary Wickes as Aunt March, and Gabriel Byrne as Bhaer. Anderson and screenwriter Robin Swicord have adapted Alcott’s novel in a linear fashion, much like the novel, and with the production design by Jan Roelfs, there is a definite sense of authenticity to the story. Little Women also contains what is, perhaps, Winona Ryder’s best performance of her career (she did earn an Oscar nomination for Best Actress).

Little Women has been released previously two times on Blu-ray, as a “Choice Collection”  MOD release (on BD-R media) from Sony in 2016 and as part of a double feature disc with Marie Antoinette from Mill Creek in 2019. The movie also received a 4K UHD digital release late last year from Sony. Not having seen any of those releases, I cannot comment on the quality of the transfers used (although I suspect that this Blu-ray release at least used the same master as the 4K UHD digital release). This is a beautiful 1080p AVC-encoded transfer, presenting the film in its theatrical aspect ratio of 1.85:1. Colors are vivid and natural without appearing overly saturated. Detail is excellent, displaying well-defined fabric textures and facial features. Black levels are nice and deep, with excellent shadow detail. Film grain is organic and natural, never becoming a distraction. Although this pressed MOD release has been released on a BD50, the movie plus special features are just barely over 30 Gb.

For the most part, Little Women is very much a dialogue-driven drama, so don’t expect the DTS-HD MA 5.1 track to wow your ears. It does, however, deliver a pleasing experience with well-prioritized dialogue throughout, with a nice wide front soundstage while atmospheric sound effects and Thomas Newman’s score fill out the remaining channels. LFE helps to add some depth to some thunder heard about two-thirds into the film, but otherwise it does nothing more. For what it’s worth, the Mill Creek double feature disc only offered a lossy Dolby Digital 5.1 track.

The previous Blu-ray releases were a bit anemic in special features, but this latest MOD release makes up for that tremendously.

Audio Commentary with Director Gillian Armstrong: Armstrong discusses many aspects of the production, from research, casting, production deisg, pretty much the whole gamut.

The main draw on this release over the 4K UHD digital from a few months ago are likely the special features, notably the audio commentary track. This is another solid presentation from Sony. 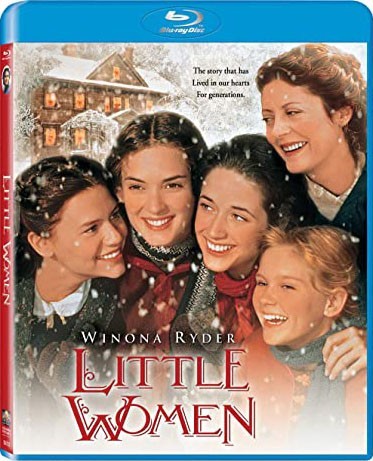