Nominated for six Academy Awards including Best Picture, Lion tells the moving and compelling story of a young boy who becomes lost in India, adopted by Australian parents, and as a grown man seeks to find his birth mother and family.

Wanting to provide for his family like his older brother Guddu (Abhishek Bharate), five-year old Saroo (Sunny Panwar) follows him to his night job, but Saroo falls asleep on a bench at the train station while waiting for Guddu to return. Saroo begins to wander around the train station looking for his brother, boards a parked train, and finds a comfortable seat to fall asleep in. When he awakens, he finds himself aboard an empty but moving passenger train, trapped until it reaches its final destination in Calcutta. Not knowing where he is from or where he has traveled to, the young boy exits the train and finds a group of homeless children living at the station, finding that very few people can speak his native language of Hindi, only Bengali (much like China, India has several dialects that are spoken depending on what region of the country you are located in). Saroo is befriended by a woman who feeds and bathes him, but ultimately wants to sell him to a child enslaver. Saroo escapes, but is eventually turned in to a child prison that pretends to be an orphanage. Saroo is one of the lucky ones, and he is soon adopted by John and Sue Brierley (David Wenham and Nicole Kidman) in Tasmania, Australia. Fast forward twenty years later, and Saroo (Dev Patel) has taken up residence in Melbourne, attending a school for hotel management, and falls in love with fellow student Lucy (Rooney Mara). At a dinner party, Saroo has a flashback of his childhood, triggered by jalebi, a pastry treat he enjoyed as a child. The memories are extremely vivid, making him obsessed with finding his brother and mother that he lost twenty-five years ago. With help from Google Earth, he slowly retraces his steps to find the small town he had mispronounced his entire life, and travels back to India in hopes of reuniting with his family.

Based on Saroo Brierley’s autobiographical novel A Long Way Home, director Garth Davis and screenwriter Luke Davies take their audience on an emotional journey, spoken entirely in the character’s native language. Young Saroo’s adventure to Calcutta and eventually Australia is told in Hindi and Bengali with English subtitles, while the latter part with the grown up Saroo is told in English. By telling the story in this way, it helps show just how isolated and alone Saroo was until he was adopted. Dev Patel and Nicole Kidman certainly deserved their Oscar nominations (Best Supporting Actor and Actress, respectively), as they are the real anchors to the story, Patel as the young man with an obsession and emotional baggage, Kidman as the adoptive mother who found her calling in life taking in two orphaned boys from another country. Unfortunately, David Wenham as the adoptive father and Rooney Mara as Saroo’s girlfriend don’t have much to do in the film but provide a vague father figure and love interest, respectively. Lion is a powerful and moving film, one that almost requires having a box of Kleenex nearby.

Lion comes to Blu-ray in a very straight-forward 1080p presentation that preserves the film’s theatrical aspect ratio of 2.40:1. Colors are solid but somewhat muted, often leaning toward earthy browns and yellows. Contrast is strong, with deep blacks during many of the night time sequences that also provide exceptional shadow detail. Fine detail is also extraordinary, with noticeable textures in terrain, fabrics, and skin. This is a nice transfer, but nothing really flashy or overly exciting.

Anchor Bay has fitted Lion on Blu-ray with an English DTS-HD Master Audio 5.1 track that is impressive, but could have been much more. The end credits indicate the film was mixed in Dolby Atmos, so it is a bit disappointing that this Blu-ray release did not receive, at the very least, a 7.1 track, let alone an Atmos or DTS-X track. That being said, the track is immersive with great use of atmospherics and music supplied to all channels, and strong use of LFE to give the track a nice deep end. Dialogue is clear and consistent, never getting drowned out by music and effects.

The special features are nothing more than EPK fluff that are often too short to really dig deep into the complexities of making this film.

Behind the Scenes Gallery (1080p; 22:16): As noted above, most of these are EPK fluff, the notable exception being the first one, A Conversation with Saroo Brierley, in which the real-life Saroo provides a brief synopsis of his life. Dev Patel, Nicole Kidman, Director Garth Davis, and Making the Music round out the gallery which can be viewed as one long feature or each featurette individually.

“Never Give Up” Performed by Sia – Official Lyric Video (1080p; 3:45): A music video with lyrics from the song featured in the end credits.

Lion will likely having you reach for the Kleenex at the end of its emotional journey. The video and audio presentation of the multiple Oscar-nominated film are very good, although the extras are a bit on the light side.

This I must pick up- everyone who's seen it has raved.
C

noel aguirre said:
This I must pick up- everyone who's seen it has raved.
Click to expand...

I wonder if it is the Director's extended cut of the film, which has just been released in Australian cinemas.

It is not the directors cut of the film. It is the theatrical version.

Also, Not everyone who has seen it has raved. There are many on this forum that didn't think it deserved a BP nomination.

I liked it a lot.
Reactions: Mark Walker

Tino said:
It is not the directors cut of the film. It is the theatrical version.

Also, Not everyone who has seen it has raved. There are many on this forum that didn't think it deserved a BP nomination.

I liked the first half with "young Saroo" but thought the film lost a lot of steam in the second half...
Reactions: Josh Steinberg and Tino

Yup. First half was very powerful. Second half not so much....except for the ending.

Tino said:
Yup. First half was very powerful. Second half not so much....except for the ending.
Click to expand...

Yeah, I liked the movie but the ending is where I felt the most emotion and thought it worked the best.

TravisR said:
Yeah, I liked the movie but the ending is where I felt the most emotion and thought it worked the best.
Click to expand...

Yeah, when adult Saroo's quest pays off, that part works, but it's still a slow ride to get there.

As the filmmakers acknowledge, the adult Saroo section is essentially a story about a guy who used Google Earth. The second half of the movie is more interesting than just watching Saroo scan a screen for an hour - but not by much!
Reactions: Tino and TravisR

I loved this and thought the opening segment was sensational. I watched it in a test screening and haven't seen it since. I'll have to see it it changed from that screening.
You must log in or register to reply here. 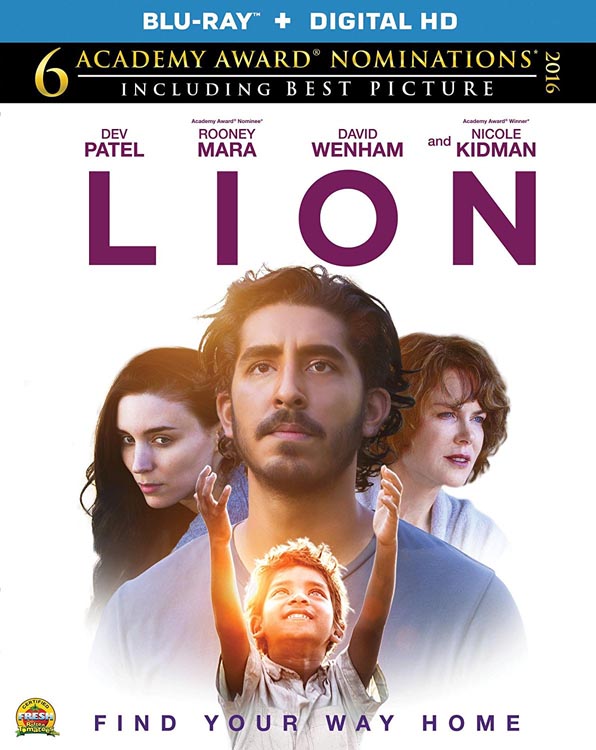