LG continued this year at CES with what it now considers to be a “tradition” by showing off its OLED ‘Wave’ in the welcoming area to its huge booth, and in the process, made show attendees stop and marvel at the impressive display. The construction was comprised of an array of flexible OLED screens assuming unique form factors

Visitors to the LG booth also had a chance to experience the ‘Fountain’ this year, a zone inside the booth featuring a moving performance from LG Signature OLED TVs (model 65RX) rollable displays. The company says the display was “awe-inspiring” and a testament to the company’s “power to innovate and amaze.” 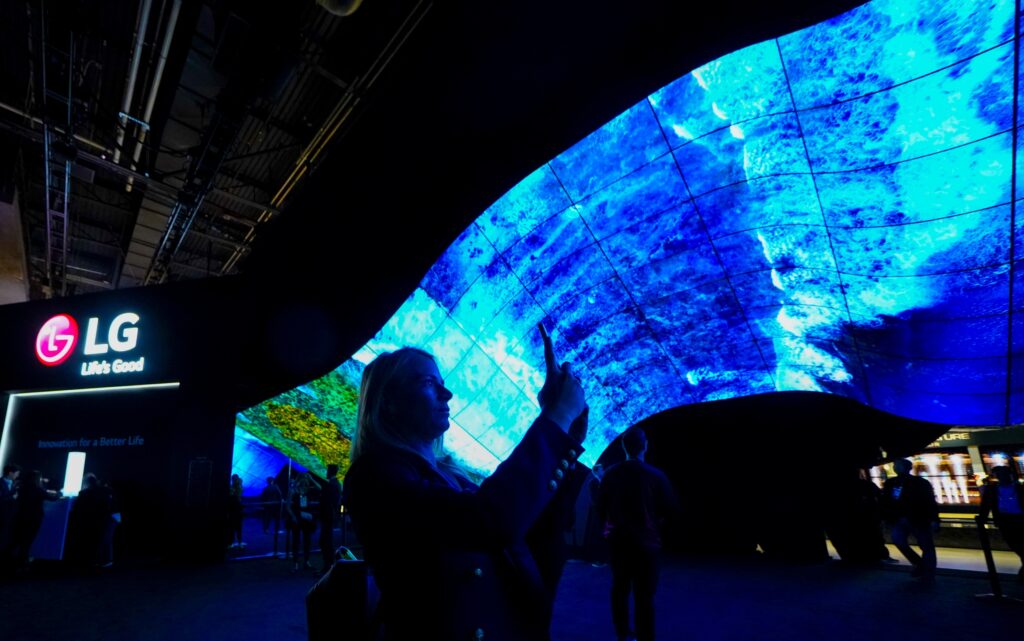 The LG OLED Wave was made up of 200 55-inch LG OLED digital signage screens (128 convex and concave and 72 flat) with a mirror finish, and measured 20 feet (6 meters) high and 82 feet (25 meters) wide. The exhibit showed scenes of the natural world, with views of oceans and the Aurora Borealis.

The Fountain showed off a synchronized performance from 20 of LG’s rollable OLED TVs rolling up and down in a choreographed sequence. LG says its rollable OLED is the only one in the world with a screen that can completely disappear from view.

Since 2016, LG’s OLED has contributed some pretty impressive showcases at CES, including the OLED Tunnel with its dome-shaped configuration and night sky scenes. In 2017, Senses of the Future was a large-scale light-based artwork presented at Milan Design Week, and which won the Milano Design Award 2017 for best installation and a Red Dot Grand Prix gong.