At the Society for Information Display (SID) conference held last week at the Los Angeles Convention Center, LG unveiled a 77-inch rollable and partially translucent OLED display. Although LG had demonstrated a consumer prototype at CES earlier this year (and covered in our forum), this new product, designed for digital signage applications, shows that the technology is moving on at a rapid pace, and that residential-bound versions might not be that far off. (The 65-inch rollable consumer prototype showed off at CES included a base into which the screen would conceal itself, and is pictured below.) 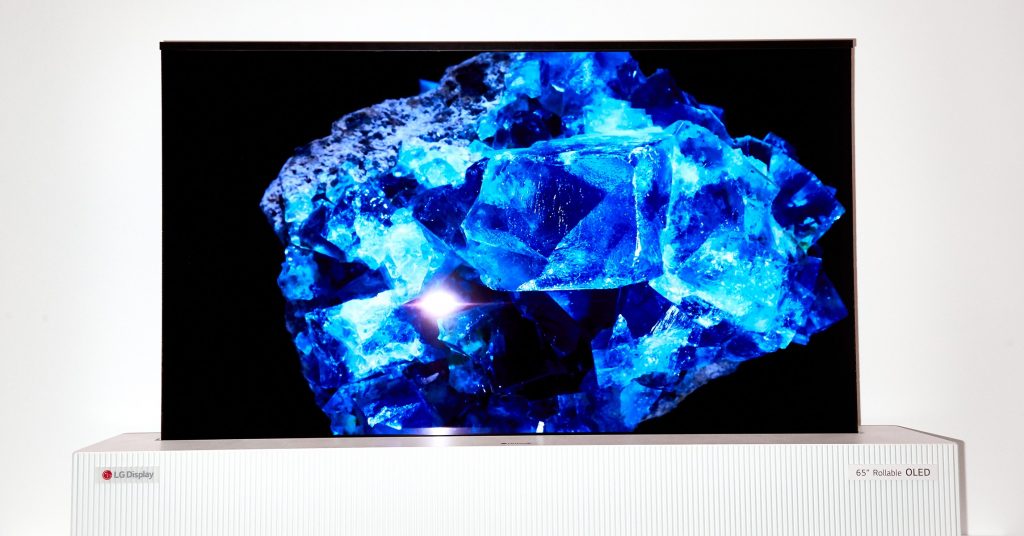 LG has built in both its transparent and rollable OLED technologies into the one screen, and the panel itself will deliver 3840 x 2160 UHD resolution with a 40% transparency, according to the company. The screen will also roll up into a tube shape with an outer diameter of 160mm without any detriment to its functionality.

“LG Display is proud to have a pioneering role in the 50-year history of LCD innovations by introducing world-first and world-best technologies such as IPS,” LG Display executive vice president and chief technology officer In-Byeong Kang said in a statement. “We will continue to create innovations in the display industry by establishing a new display paradigm with OLED technology and opening another revolutionary chapter of display history.”

LG’s most recent TVs have included an Ambient Mode, which enables a display to blend in with your décor, so the role of transparent TV tech as found in the rollable OLED might well have its place in the home too.

When they make a 120" diagonal OLED rollable that's under 5K (anything's possible) I'll think about retiring a few of my 1080 LCD projectors. But I'll always need to keep my Sharp DLP projectors going for perfect 3D.
You must log in or register to reply here.
Share:
Facebook Twitter Reddit Pinterest Tumblr WhatsApp Email Link