Forum List What's new Dark Style Change width
Log in Register
What's new Search
Menu
Log in
Register
Navigation
Install the app
More options
Dark Style
Close Menu
Posted on December 23, 2020 by t1g3r5fan
You are using an out of date browser. It may not display this or other websites correctly.
You should upgrade or use an alternative browser.
Domestic Cold War drama debuts on Blu 4 Stars

Though he’s better known today for the cult classic Mommie Dearest (1981) and being the uncle of pop superstar Katy Perry, Frank Perry was once known as one of the prescient independent filmmakers working in Hollywood. He and his wife Eleanor made waves with their debut feature David and Lisa (1962), which earned both of them an Oscar nomination for their screenplay and Frank an Oscar nod for Best Director; for their follow up, the couple had Cold War paranoia in their sights with Ladybug Ladybug. Kino has licensed the movie from MGM – the film’s current rights holder – for its home video debut.

The calm of a beautiful day is shattered when a rural elementary school’s early warning alarm system goes off, signaling that a nuclear strike may be imminent. Not sure whether or not this is a false alarm, the school’s principal (William Daniels) sends the students home in groups with a teacher leading the way. One group lead by Mrs. Andrews (Nancy Marchand) has a building sense of dread about the supposedly impending nuclear holocaust; when some of the children in that group does reach a bomb shelter, the dread hasn’t gone away and there’s still uncertainty about whether or not World War III has started…

Though there have been many films that’ve speculated on the prospect of nuclear war, few touch upon the intimate scale quite like Ladybug Ladybug. Frank and Eleanor Perry looked to an actual incident at a California elementary school as the basis for their film and decided to focus on the psychological aspect of the story. The result is one of the most emotionally tense movies to deal with the domestic side of Cold War nuclear paranoia, occasionally easing with some moments like the kids singing a song and playing during their walk home. While it may be a bit languid in pacing, it’s effective in building said tension about the uncertainty surrounding the alarm; this is more pronounced in scenes showing how each of the children react to the idea of a nuclear holocaust. While it’s not always mentioned in the same breath as On the Beach (1959), Fail Safe (1964) and Dr. Strangelove or: How I Learned to Stop Worrying and Love the Bomb (1964) in terms of most memorable movies dealing with the fears of nuclear war, Ladybug Ladybug deserves to be mentioned amongst them for its straight arrow approach in detailing how these fear affect people psychologically rather than politically; it’s one of the hidden gems of 1960’s filmmaking.

The majority of the cast here came from Broadway and TV backgrounds, but some would go on to much greater fame. William Daniels, playing the school principal in his feature film debut, would later achieve success on TV as the voice of KITT in Knight Rider, Dr. Mark Craig in St. Elsewhere and Mr. Feeny in Boy Meets World. Also appearing in her first movie is Estelle Parsons in a brief walk on part as the mother of one of the distraught students; she would later win a Best Supporting Actress Oscar for Bonnie and Clyde (1967) and has become known on TV as Beverly Harris in recurring appearances on the sitcoms Roseanne and The Conners. In what was her second feature film role, Nancy Marchand makes a memorable impression – in what is likely the most prominent role amongst the adults in the movie – as the increasingly dread filled Mrs. Andrews, the chaperone of the main group of children; she achieved much of her success on the stage and small screen, winning 4 Emmy Awards for her work on TV’s Lou Grant and a Golden Globe Award for her work on The Sopranos. Rounding out the cast here among the adults are Jane Connell as the school dietician, Jane Hoffman as the school’s art teacher, Kathryn Hays as the school’s secretary, James Frawley (later a director in his own right) as the truck driver who picks up Mrs. Andrews towards the end of the film, Richard Hamilton as the father of one of the students and Judith Lowry as the grandmother of another students; amongst the kids, standouts include Miles Chapin as Joel, Christopher Howard as Steve, Alan Howard as Luke, Linda Meyer as JoAnn, and Marilyn Rogers as Sarah.

The film is presented in its original 1:85:1 aspect ratio, taken from a new 2K scan for this release. Film grain is organic, with gray scale and fine details given a faithful representation; there’s minimal instances of scratches, dirt, dust, warping or tears present here. Overall, this is likely the best the movie will ever look on home video.

The film’s original mono soundtrack is presented on a DTS-HD Master Audio track for this release. Dialogue is strong and clear, with the sound mix and sparse – yet effective – Bob Cobert score also given equally faithful representation as well. There’s minimal to no instances of flutter, crackling, hissing or distortion present, which means that this release likely represents the best the movie will ever sound on home video.

Commentary by film historian Richard Harland Smith – Recorded for this release, Smith talks about the movie’s production history, its cast and crew and the real life incident which inspired this movie.

While it was overlooked by audiences upon first release (probably because it cut a little too close to the bone too soon), Ladybug Ladybug is a brilliant underrated gem of a drama that’s worthy of reappraisal today. Kino’s Blu-ray release should aid in that reappraisal with a great HD transfer and a highly informative commentary track as a special feature. Very highly recommended.

I saw this film at a sneak preview a couple of months before it opened, then about ten more times during its one-theater release in LA, where it played for three or four weeks but did zero business. I loved it, needless to say, and thought it a worthy follow-up to their first film, David and Lisa. As far as I know, it never showed on television here - overseas, yes - and from that showing came bootleg videos, both VHS and DVD that were open matte and of horrible quality, but that was it - the film was never released on home video legitimately. So, the announcement of this Blu-ray was very good news. I got it on release day and it's really a wonderful transfer and it's a film worth discovering and for most it will BE a discovery, as so few saw it when it came out, and it's had no TV or home video life. As to the commentary, I really hated it, I must say. And when a "historian" says that Marilyn Rogers was on Broadway doing Fiddler on the Roof in 1961 I can't really take anything he says seriously, since Fiddler wasn't even written in 1961 let alone on Broadway - that would happen in 1964. She's wonderful in this movie and heartbreaking. After Fiddler, she left show business. She created the role of Amaryllis in The Music Man on B'way and was Brigitta in the Broadway The Sound of Music.

Actually this film did get some tv airings a few years ago on the Decades channel. This is where I discovered this film and was completely captivated by it. Highly recommend this movie.

I remembered that TCM a couple of years ago aired this movie, which was how I became aware of its existence. Needless to say, it was just as potent as when I first saw it.

topanga said:
Actually this film did get some tv airings a few years ago on the Decades channel. This is where I discovered this film and was completely captivated by it. Highly recommend this movie.
Click to expand...

Yes, but that was just a few years ago - up until that not at all. But so glad people are discovering it.

Thank you for the concise and well written review. I was waiting on a review as I am one of those who never saw or even heard of this film before. Very interesting about the school principal being the actor that voiced KITT later on for Knight Rider. I really enjoy these Cold War films, especially the ones performed in the aftermath of ww2 up to the mid 60s. Thank you also to Haineshisway for the follow up comments.
You must log in or register to reply here. 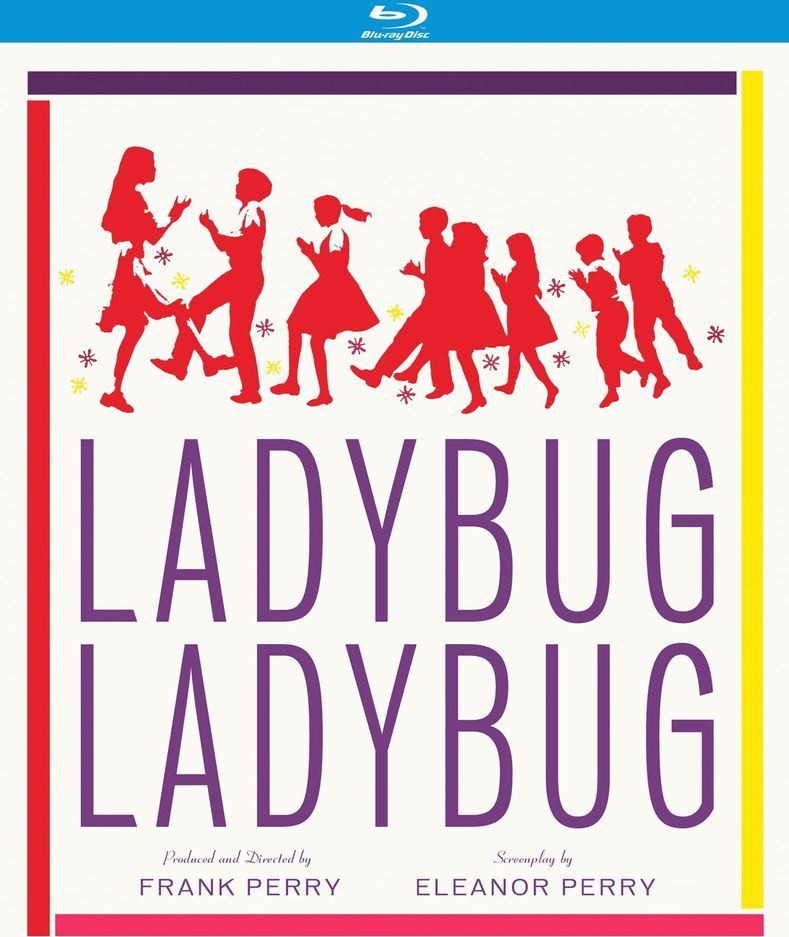