Forum List What's new Dark Style Change width
Log in Register
What's new Search
Menu
Log in
Register
Navigation
Install the app
More options
Dark Style
Close Menu
Posted on July 13, 2016 by Timothy E
You are using an out of date browser. It may not display this or other websites correctly.
You should upgrade or use an alternative browser.
Superhero fun for all ages 3.5 Stars

The DC LEGO superheroes return in Justice League: Gotham City Breakout on Blu-ray, the latest direct to disc original film showcasing the LEGO Batman family and their allies in the Justice League.  Although this LEGO film is child-oriented, there is enough here to appeal to adult fans as well.

Batman decides to take a vacation at the urging of Nightwing and Batgirl.  Robin is left in Gotham “because it’s a school night” and agrees to assist the Justice League and the Teen Titans just in case anything happens while the Bat is away.  No sooner do Batman, Nightwing, and Batgirl depart than the Joker engineers a breakout from Arkham Asylum with Harley Quinn, Poison Ivy, and the Penguin.  Superman, Wonder Woman, Cyborg, Beast Boy, and Starfire discover that dealing with these villains is no picnic, even with super powers.

Meanwhile, Batman, Nightwing, and Batgirl discover that all is not as it seems during their visit with Madame Mantis, as Deathstroke and Bane have plans to use an underground army for nefarious purposes.  In this corner of the LEGO DC Superheroes universe, Batman and Deathstroke both trained as youths under Madame Mantis and given the opportunity to learn the “Forbidden Move.”

Although this LEGO film is child-oriented, there is enough here to appeal to adult fans as well.  The “Batusi” plays a pivotal role in the final battle, which indicates the tongue-in-cheek tone of the film.

LEGO DC Comics Superheroes Justice League: Gotham City Breakout is presented in a 1.78:1 aspect ratio in 1080p with the AVC codec. Image quality is excellent with rich colors and fine detail on the computer models and backgrounds.  Some aliasing is evident in fine detail but this is seemingly a byproduct of the CGI animation.

The English DTS-HD MA 5.1 is a very nice mix with the dialogue, music, and effects blended well. The voice acting is very good, with Nolan North(Halo’s Master Chief) returning to voice Superman, with the remaining voice actors including John DiMaggio(Futurama’s Bender) and Tom Kenny(SpongeBob), returning to reprise roles they have played in other LEGO DC Superheroes films.

Special features are virtually non-existent, although the LEGO Nightwing minifigure included in the packaging could be considered a special feature.  A trailer for “Nexo Nights”(1:04) plays by default before the main menu, which includes as its sole special feature a trailer for “Lego Scooby Doo: Haunted Hollywood”(1:54) on Blu-ray and DVD.

Also included are a DVD and a paper insert with a validation code for Ultraviolet for those wanting to “Watch It Anywhere!”

DC Comics Super Heroes – Justice League: Gotham City Breakout is a fun tongue-in-cheek film designed for a younger audience but still fun for all ages. The video and audio presentation are very good, even in the absence of any special features. Pre-teen superhero fans will enjoy this film which includes enough to stimulate super hero fans all ages.  (And if you are not familiar with “the Batusi”, you should GOOGLE it.)

Thanks Timothy. These movies, theme wise, are almost always like the video games: designed for children, but enough to keep an adult entertained. I'll be checking this out when it hits Netflix.
You must log in or register to reply here. 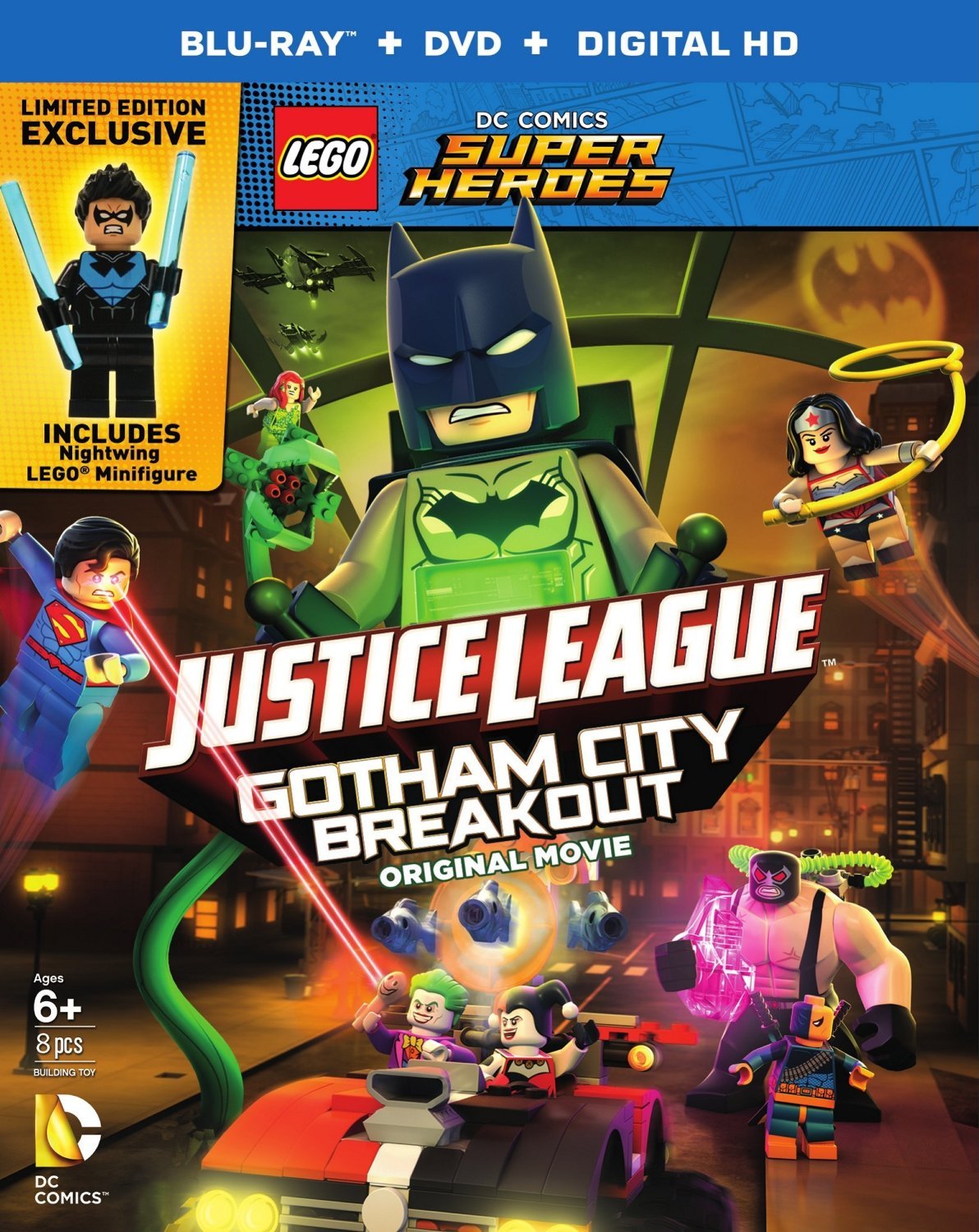