Forum List What's new Dark Style Change width
Log in Register
What's new Search
Menu
Log in
Register
Navigation
Install the app
More options
Dark Style
Close Menu
Posted on April 15, 2020 by Todd Erwin
You are using an out of date browser. It may not display this or other websites correctly.
You should upgrade or use an alternative browser.
Powerful performances 4 Stars

Michael B. Jordan, Jamie Foxx, and Brie Larson star in Just Mercy, inspired by the true story of defense attorney Bryan Stevenson’s first major case, trying to free Walter McMillian who unjustly received a death sentence for a crime he likely did not commit.

Bryan Stevenson (Michael B. Jordan) has just graduated from Harvard Law School, passed the bar in the state of Alabama, and has received funding to open a non-profit law firm for death row inmates with help from local advocate Eva Ansley (Brie Larson). Stevenson is not greeted with open arms as the landlord to where Eva had leased office space from has refused to allow them to open their firm there. One of his first clients is Walter “Jimmy D.” McMillian (Jamie Foxx), a black man who was tried, convicted, and sentenced to death for the murder of a young white woman, Ronda Morrison in 1987. Over the next five years, Stevenson begins examining the evidence (or lack thereof), discovering that McMillian was convicted solely on the testimony of convicted felon Ralph Myers (Tim Blake Nelson) with no other evidence presented by either side. Stevenson hits roadblock upon roadblock in trying to get the conviction overturned and a new trial for his client, facing the fierce racism and corruption within the Alabama legal system.

Just Mercy is based on Bryan Stevenson’s memoir of the same name, adapted for the screen by director Destin Daniel Cretton & Andrew Lanham (The Glass Castle). Based on the title alone, the movie is predictable in the sense that we are pretty sure where and how the movie will end (it’s essentially a courtroom drama dealing with civil rights and the death penalty). It is the performances from top to bottom that really drive the film, from leads  Michael B. Jordan, Jamie Foxx and Brie Larson to Tim Blake Nelson, Michael Harding (as the corrupt Sheriff Tate), and Rafe Spall (as cowardly District Attorney Tommy Chapman).

Just Mercy was captured at 8K resolution on Panavision Millennium DXL2 cameras and completed as a 4K digital intermediate in the 1.85:1 aspect ratio. Unfortunately, Warner has decided to forego a UHD Blu-ray release (at this time, although the film is available on digital platforms in UHD), releasing it only on Blu-ray and DVD physical media formats. That being said, Warner’s AVC-encoded 1080p transfer on Blu-ray is excellent, with natural although somewhat muted colors (likely to evoke a period setting), near-precision clarity (fabric textures, facial features, etc.), and contrast that provides deep blacks without sacrificing detail.

Warner has given Just Mercy a default Dolby Atmos track for its Blu-ray release. An Atmos track for a courtroom drama, you ask? Yes, that’s correct, and while not exactly demo-worthy, it is a subtle mix that works very well with the material. As expected with Atmos, sounds move much more seamlessly than they would in a standard 5.1 or 7.1 mix, with an emphasis on atmospheric and ambient sounds, like birds chirping, wind, crowd noise, etc. LFE is used minimally, mostly to provide more emphasis on lower frequencies. Dialogue is clear and understandable throughout.

Strong performances help propel what could have been a fairly standard courtroom drama in Just Mercy.

Thanks for the review, Todd. This is my 'must watch' list!
You must log in or register to reply here. 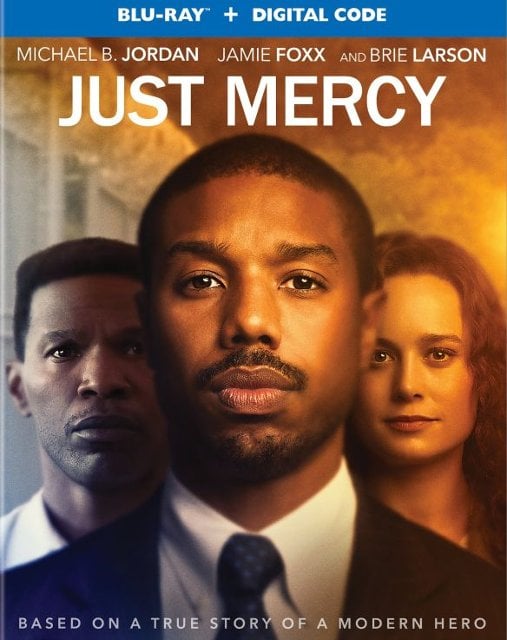