Forum List What's new Dark Style Change width
Log in Register
What's new Search
Menu
Log in
Register
Navigation
Install the app
More options
Dark Style
Close Menu
Posted on May 7, 2018 by Kevin Collins
You are using an out of date browser. It may not display this or other websites correctly.
You should upgrade or use an alternative browser.
3 Stars PRE-ORDER NOW: THIS ITEM WILL BE RELEASED ON 23 JULY 2018, BUT YOU CAN PRE-ORDER IT NOW TO BE GUARANTEED A COPY. PLEASE NOTE THAT YOUR PAYMENT WILL BE TAKEN IMMEDIATELY, AND THE ITEM WILL SHIP JUST BEFORE THE RELEASE DATE.

Four classic and controversial works from the vaults of Hammer Films, all released on Blu-ray for the very first time. Containing a wealth of new and archival extra features – including exclusive new documentaries and appreciations, new interviews with actors and crew members, archival audio commentaries, and extensive booklets – this stunning Limited Edition Box Set is strictly limited to 6,000 numbered units.

Great news on another Hammer set and great titles. I was worried that they would skip these two WWII Hammers. Yesterdays Enemy is a very intense and underrated gem with a great performance by Stanley Baker. I hope they do all the Hammer Swashbucklers too but they will need a 5th box to get all the remaining Columbia Hammers that they still have: Sword of Sherwood Forest, The Devil-ship pirates, The crimson blade, the brighand of Kandahar, Scream of Fear, Revenge of Frankenstein, Two Faces of Dr. Jekyll and Creatures the World Forgot.

Im in for Footsteps in the Fog

TheSteig said:
Im in for Footsteps in the Fog
Click to expand...

That's not a bad film. I have it on a pretty good DVD.

I've always liked The Terror Of The Tongs. 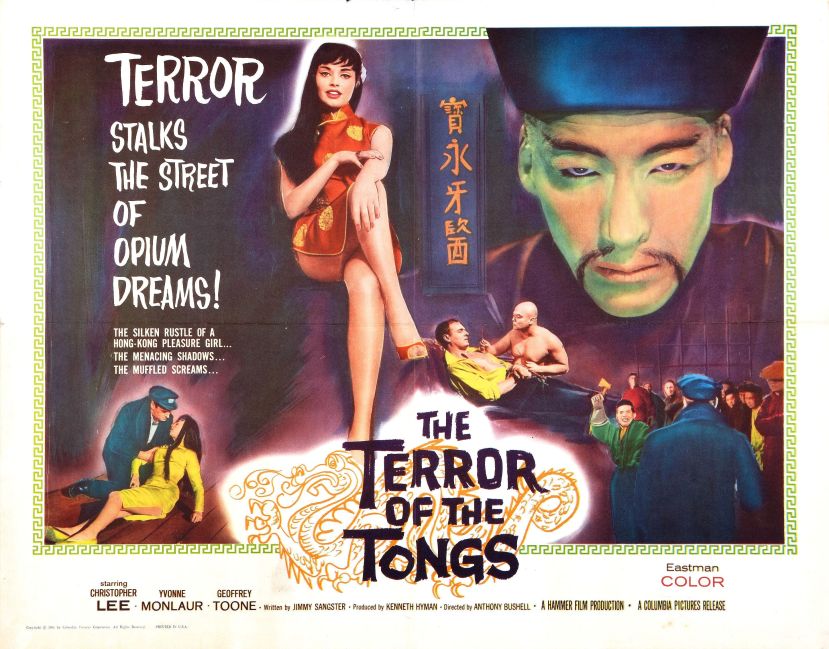 Robin9 said:
That's not a bad film. I have it on a pretty good DVD.
Click to expand...

So do I, The Sony MOD release and it's time to upgrade

FOOTSTEPS IN THE FOG is, in my opinion, Arthur Lubin's best film. When I briefly knew him in the early 70's, and asked him about his career, I did not even know about this film, and he did not mention it. I was certainly familiar with THE PHANTOM OF THE OPERA (1943) and his work with Abbott and Costello, the Francis the Talking Mule films (and subsequent Mr. Ed series on t.v.), and ALI BABA AND THE FORTY THIEVES. But I only finally caught up with FOOTSTEPS relatively recently, and it's an amazingly cohesive and atmospheric costume thriller that falls right in line along with classics like the superior 1940 Anton Walbrook version of GASLIGHT. Nicely photographed in color and well-acted by Stewart Granger and Jean Simmons. I highly recommend it!
You must log in or register to reply here.