Joy is an erratic, quirky, but easily viewable comedy-drama with an Oscar-nominated star turn by Jennifer Lawrence fronting a fact-based fantasia on the costs and sacrifice inherent in becoming an enterprising success.

David O. Russell’s Joy combines fact and fiction in an enjoyable if sometimes hysterical and overwhelming combination of biographical meanderings dealing with an inventor of household products who had to practically go to war to develop her idea, bring it to market, and save it from the vultures out to rip her off. While the film’s mise-en-scene is occasionally cartoonish and the leading character oftentimes too saintly for belief, the cumulative effect, while not measuring up to the director’s previous films American Hustle and Silver Linings Playbook, still holds our attention through a possibly too-long two-plus hours.

Overburdened housewife Joy (Jennifer Lawrence) finds herself supporting a family of damaged, uncompromising misfits on her meager earnings as an airline customer service representative. With her reclusive mother (Virginia Madsen) practically barricaded in her bedroom watching soap operas, her ex-husband (Edgar Ramírez) living in the basement and not bringing in any money to help feed and clothe his two children, and her father (Robert De Niro) cast off by his most recent lover and coming back to Joy’s to stay indefinitely, Joy’s life is always in turmoil. Having made things with her hands when she was younger but with the demands of adulthood causing her to leave that talent untapped, Joy gets the idea to invent a new type of mop which can be wrung out without having to touch the dirty cloth strands, and when she does, she must take on her father’s new lover Trudy (Isabella Rossellini) as a partner since she can help with patenting her product and financing the manufacturing. A product executive (Bradley Cooper) at a new shopping venture on television called QVC takes a look at Joy’s invention and decides to give it a chance to sell, but there are more pitfalls in her future than Joy can possibly imagine before she can earn enough that will make her work profitable.

Writer-director David O. Russell has made Joy’s home life as close to a living nightmare as possible as she’s expected to care for not only her two children but also make sure all of the adults sharing her home are also having their needs met (without any cooperation from them). With anyone else, it would qualify them for instant sainthood as Joy endures their tantrums, criticisms, and complaints without slapping them down to size or cajoling them about helping themselves, but there seems to be a method to Russell’s madness: he begins the film with a badly staged and woodenly acted scene from a soap opera that happens to be Joy’s mother Terry’s favorite (beginning a series of cameos from soap stars Susan Lucci, Laura Wright, Maurice Benard, and Donna Mills in subsequent revisits to this dreadful soap that transfixes her simple-minded mom) and then introduces us to Joy’s household which is a soap opera unto itself with many of the same unbelievable relationships involving warring husbands and wives and sibling rivalries (where Elisabeth Röhm plays Joy’s often vicious half-sister Peggy). He has Joy’s family speak in a kind of laconic, poker faced style filled with putdowns and sneering mistrust that really tests the patience of the audience (Joy seems to handle the negativity much better than we do), and he never allows her to enjoy more than a few moments of happiness before he pulls the rug out from under her with another round of calamities and familial censure. (Only Joy’s ex-husband Tony and her best friend Jackie played by Dascha Polanco never lose confidence in her intelligence and in her fierce determination to claim her rights and fight for her dream.) Russell stages the first and second QVC sales segments with heart-stopping tension, and the last third of the movie which takes us away more frequently from that toxic domestic strife and shows us a Joy in more control of her destiny is much more fulfilling for an audience.

Jennifer Lawrence is asked to play a woman based on the real-life Joy Mangano who did invent the Miracle Mop but one with the patience of Job and the wisdom of Solomon, a tall order which she does as well with as she can. There are moments of real poignancy when, for example, she goes back to QVC headquarters and insists on another chance to sell her invention herself, but one hungers for more opportunities for her to put her often ungrateful and mostly selfish family in its place or to make demands on them that are only fair and reasonable. As her supportive grandmother Mimi, Diane Ladd is a shining presence greatly missed when she is gone midway through the movie. Robert De Niro, Virginia Madsen, Elisabeth Röhm, and Isabella Rossellini all play their roles (likely with director Russell’s blessing) with a puppet-like terseness that takes some definite getting used to. Better in their naturalness are Edgar Ramírez as Joy’s ex-husband Tony with dreams of being the Latino Tom Jones, Dascha Polanco as supportive best friend Jackie, and Bradley Cooper as QVC manager Neil Walker.

The film’s original theatrical 1.85:1 aspect ratio is faithfully delivered in a 1080p transfer using the AVC codec. The film is always striking to look at with its acute sharpness and with acres of detail in hair and facial features. Color is rich and fully saturated with believable skin tones. Contrast has been consistently applied for a dazzling picture aided in great measure by deep black levels and pure whites (snow is a motif that crops up on more than one occasion during the film). The movie has been divided into 24 chapters.

The DTS-HD Master Audio 5.1 sound mix has the well recorded dialogue planted firmly in the center channel. The background music by West Dylan Thordson and David Campbell (with some assorted pop tunes on the soundtrack) provides most of the surround activity in the mix through there are occasional pans through the soundstage and occasional atmospheric effects placed in random sound channels.

Joy, Strength, and Perseverance (20:21, HD): writer-director David O. Russell and actors Jennifer Lawrence, Bradley Cooper, Virginia Madsen, Diane Ladd, Elisabeth Röhm, Edgar Ramírez, and Isabella Rossellini all describe the story and its themes and what part each of the characters play in the tale.

Times Talk (1:07:42, HD): Maureen Dowd has a lengthy sit down with director David O. Russell and star Jennifer Lawrence after a screening of the film to talk before an audience about not only Joy but also their other films together and themes that appeal to them both.

Photo Gallery: seven color stills which can be stepped through or automatically presented.

Joy is an erratic, quirky, but easily viewable comedy-drama with an Oscar-nominated star turn by Jennifer Lawrence fronting a fact-based fantasia on the costs and sacrifice inherent in becoming an enterprising success. The Blu-ray release is a handsome one with outstanding visual and audio quality. Fans of the stars or the director will most certainly want to give this at least a rental. 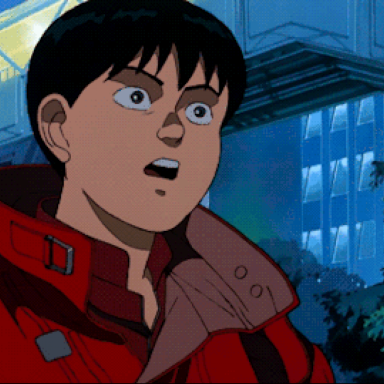 Glad to see somebody say some good about this movie for once. All the hate it got was unwarranted.
You must log in or register to reply here. 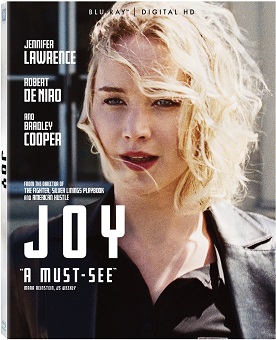