Cameron Crowe’s tale of a sports agent who risks and loses it all then learns some valuable life lessons along the way, Jerry Maguire, makes its 4K debut in Sony’s six-movie Columbia Classics 4K Ultra HD Collection boxed set (even though, technically, it was released under the studio’s Tri-Star Pictures banner).

Jerry Maguire (Tom Cruise) is at the top of his game; a successful sports agent who manages all of the top athletes. One evening, after a client’s young son tells him off for allowing his father to continue playing professional sports after a life-threatening injury, composes a mission statement suggesting the agency downsize it client base to better manage them. This does not sit well with upper management, who send his protégé, Bob Sugar (Jay Mohr), to tell him that he’s been fired. In a panic, Jerry calls all of his clients, hoping to take a few with him to start his own agency. Like rats on a sinking ship, all but one stay with Jerry, Arizona Cardinals wide receiver Rod Tidwell (Cuba Gooding Jr.), who is flamboyant, demanding, and not well-liked by his teammates. Accountant Dorothy Boyd, (Renée Zellweger), impressed by Jerry’s mission statement, also agrees to leave the agency and work for him. Dorothy is a single mother raising her young son Ray (Jonathan Lipnicki) with her older and overprotective sister Laurel (Bonnie Hunt). But Jerry trained Bob well, a shark almost always circling around Jerry’s single client, hoping to snatch him away while Jerry deals with low-ball offers for Tidwell. Through all the chaos and turmoil, Dorothy falls in love with Jerry, and Jerry may have fallen in love with her.

Writer-director Cameron Crowe (Say Anything…, Almost Famous) blends two genres here quite well, sports and romance, in a film that appealed to men and women alike upon its release in 1996 and picked up 5 Academy Award nominations (including Best Picture and Best Actor for Tom Cruise) and one win for Cuba Gooding Jr. in the Best Supporting Actor category. That win was well-deserved, as Gooding steals just about every scene he appears in while also showing a vulnerability as a family man that helps to propel Jerry to ultimately follow his ill-fated mission statement. The other scene stealer that captured audiences’ hearts was that of Jonathan Lipnicki as Dorothy’s son Ray, and there is a real chemistry between Lipnicki and Cruise that helps solidify Jerry’s transformation as the film progresses.

Per the restoration notes in the collectible book from the Columbia Classics Collection boxed set, Jerry Maguire was scanned in 4K back in 2014 as part of a studio project to begin restoring their films at a higher resolution. That 4K scan was the basis of the transfer used on the 2017 20th Anniversary Blu-ray release, and for this release the studio went back to that 4K scan, adding high dynamic range (HDR10 on the disc) based on color values approved by director Cameron Crowe back in 2014. The result is an image with a noticeable increase in clarity, particularly in fabric textures and facial features. Film grain is more obvious, but appears organic and never distracting. The use of HDR is restrained, but does add more depth to both color and contrast, allowing for a more natural-looking picture overall with deep blacks.

The new Dolby Atmos mix is subtle, helping to create a wider and deeper soundstage, allowing the carefully selected songs more room to breathe. Sounds and dialogue are more precisely positioned within the listening environment, moving fluidly and seamlessly as needed. LFE response is very good, particularly during scenes inside the football stadiums.

UHD Disc:
The lone special feature on the disc will begin to play automatically after the movie has completed, or can be selected from the main menu.

Blu-ray Disc:
The 20th Anniversary Blu-ray release from 2017 is included, providing access to the rest of the Special Features.

Jerry Maguire in an entertaining blend of sports film and romance, plus some life lessons along the way. Sony’s new 4K UHD Blu-ray with HDR10 and Dolby Atmos is a definite upgrade over the 2017 B lu-ray release, but is currently only available as part of Sony’s Columbia Classics 4K Ultra HD Collection boxed set. 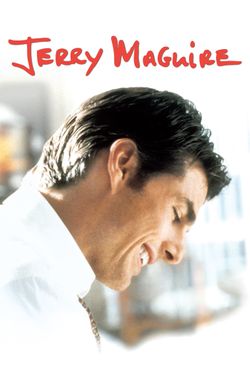