Today is Bud Abbott’s birthday and I want to announce a very exciting project.

Production began on July 9, 1951 at the Hal Roach Studios on Bud and Lou’s first color feature film. To commemorate the 70th anniversary, I am thrilled to announce a deluxe 70th anniversary restoration of JACK AND THE BEANSTALK! 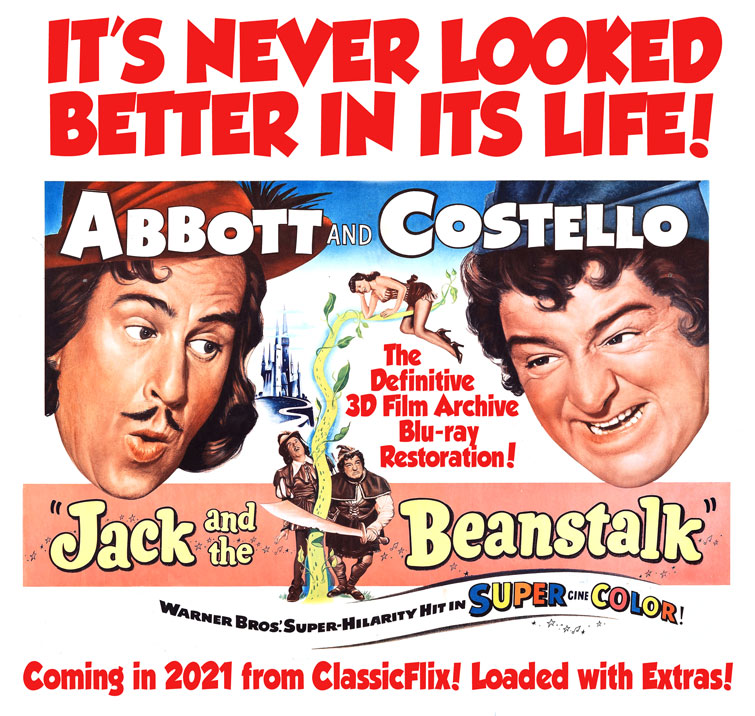 You will once again have an opportunity to help us with certain aspects of this restoration and more details will be announced very soon. We’ve already begun work on scanning 35mm archival materials, including the only surviving 35mm color camera negative footage! 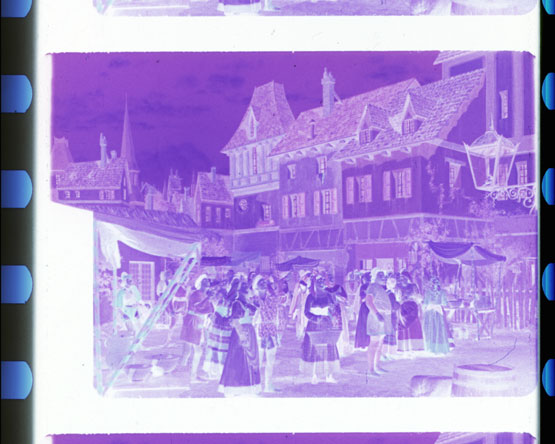 This deluxe Blu-ray and DVD will be released next summer by ClassicFlix and will be loaded with outstanding bonus features. We already have A&C expert Ron Palumbo on board to provide another fascinating commentary track. Rest assured, this will truly be THE definitive restoration of the first color Abbott and Costello film.

Fear nothing; if you liked our work on AFRICA SCREAMS, you’re going to love our restoration of JACK AND THE BEANSTALK! 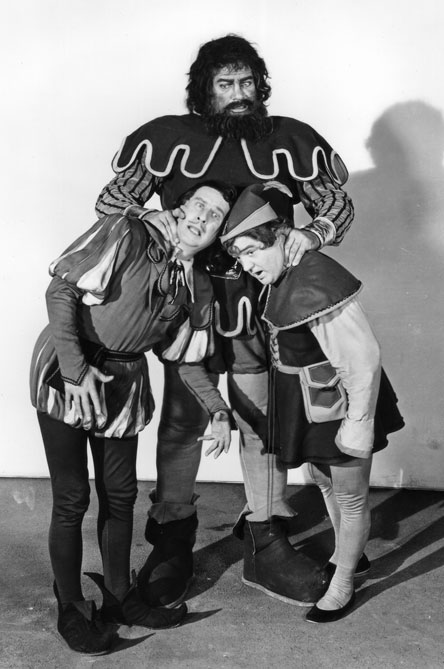 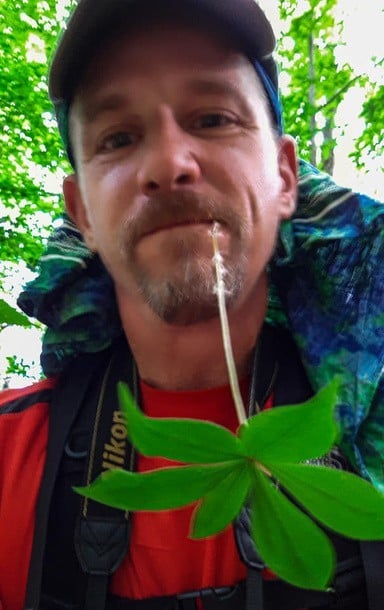 I was hoping this was in the works. Great news. (Good to see you posting again, Bob.)
Reactions: Peter Keller, Yeoman007, Jeff Flugel and 3 others

I'll second that nice to have you back posting Bob, when VCI announce there's and I saw the thing on here that you have the definitive Africa screams, which I was more than happy to help fund to have done correctly. I was hoping that this would get done as well. That and well the good lord giveth and the good lord taketh away. Unfortunately we lost Twilight time, but we do have the fine people a ClassicFlix. Just continue to surprise me with every new announced release. I'll be waiting on those updates.
Reactions: Peter Keller, Yeoman007, Jeff Flugel and 3 others

Thank you, Dana. More details are coming soon but our preliminary scans and restorations on the 35mm archival materials are looking incredible. Better than I expected!
Reactions: Peter Keller, Jeff Flugel, Mark-W and 3 others

I look forward to the updates on the restoration of this film. Now I really have something positive to look forward to in 2021. Thank you.
Reactions: Peter Keller, Gary OS, Mark-W and 3 others

Good thing I didnt order the VCI blu ray that's coming out - I will gladly wait for this one.
Reactions: Peter Keller, RICK BOND, Bob Furmanek and 2 others

TheSteig said:
Good thing I didnt order the VCI blu ray that's coming out - I will gladly wait for this one.
Click to expand...

Aren't we all!
Reactions: Bob Furmanek, ahollis and Gary OS

Thank you, Bob! So looking forward to this release!!! You and ClassicFlix are a match made in Heaven, or at least at the top of a beanstalk.

May I recommend adding an upgraded shipping option to the donation levels?
Reactions: Mark-W, Mark B, Bob Furmanek and 1 other person

Thanks everyone for your interest!

Will, we will be shipping these discs via Priority Mail.
Reactions: Peter Keller, Gary OS, Will Krupp and 2 others

Come on, shipping will be the least of our worries...we are just happy to get the disc and all the goodies!!!

THANKS AGAIN BOB FOR ALL THE HARD WORK YOU DO

TO BRING ENJOYMENT TO ALL OF US!!!!
Reactions: hndrsnsbks, Peter Keller, Bob Furmanek and 4 others

John Sparks said:
Come on, shipping will be the least of our worries...we are just happy to get the disc and all the goodies!!!

THANKS AGAIN BOB FOR ALL THE HARD WORK YOU DO

TO BRING ENJOYMENT TO ALL OF US!!!!
Click to expand...

‘Ask Will Krupp is the least of his worries.
Reactions: Mark-W and Will Krupp

This is a better film than Africa Screams and a real treat
Reactions: Bob Furmanek and Gary OS

I just canceled my preorder for the VCI disc. No reason to buy that version.
Reactions: Peter Keller, Yeoman007, Will Krupp and 6 others

Great news Bob. I was hoping for this and looking forward to it. I still have the Laserdisc which had some great special features.
Reactions: Bob Furmanek

Thanks Ron, you won't be disappointed.

The response to the teaser announcement on Friday has been overwhelming. I'm fast tracking the Kickstarter campaign and will be filming my video later this week.

Look for it going live - with a sample clip of our proposed restoration - VERY soon!
Reactions: Peter Keller, Ronald Epstein, JustARandomStan and 11 others
J

I love this film.

They played it quite often on one of our local TV stations, but I can sense that your restoration will blow us all away, Bob.