Roy Baker’s 1953 drama Inferno has a lot going for it: vivid 3D, a memorably physical central performance, outstanding outdoor photography taken mostly in the Mojave Desert, and Technicolor which brings out the magnificent physical assets of the film’s leading lady.

Roy Baker’s 1953 drama Inferno has a lot going for it: vivid 3D, a memorably physical central performance, outstanding outdoor photography taken mostly in the Mojave Desert, and Technicolor which brings out the magnificent physical assets of the film’s leading lady. It’s a color noir focusing on man’s intense instinct for survival and one of the best dramas filmed in the 3D process. The Twilight Time disc includes bonuses ported over from the Fox 2D DVD release along with some new additions and a choice of 2D or 3D depending on one’s equipment.

Millionaire businessman Donald Carson (Robert Ryan) fractures his leg during a desert excursion scouting for mineral deposits with his wife Geraldine (Rhonda Fleming) and surveyor Joe Duncan (William Lundigan), Geraldine and Joe, who have taken a fancy for one another, decide this is the perfect opportunity to kill Carson by stranding him in the desert with limited food and water and planting a fake trail eighty miles from where he actually is. Once Mother Nature proves triumphant against Carson’s inexperience in the wild, they can go off happily together. But the scheming duo don’t bank on Carson’s strong will to live (driven by revenge once he realizes he’s been abandoned to die) as he uses every piece of equipment he has to provide the tools he needs to get off his precarious plateau onto the desert floor where he has a better of chance of living off the land and eventually being spotted.

Francis Cockrell’s screenplay rather cleverly alternates between scenes with the wife and lover reveling in the comfort and ease of first class civilization and the desperate Carson struggling with makeshift ropes (fashioned from twine and remnants of his sleeping bag), splints (tent poles), and gloves (a leather satchel ripped into pieces) and dealing with the rattlesnakes, coyotes, and the heat and dust of the desert while looking for potential sources of food and water. Ryan’s scenes are mostly accomplished through interior monologues on the soundtrack while we watch him in action: a surefire way of gaining audience sympathy and an intense rooting interest for him despite his reputation as a loner and ruthless businessman. Director Roy Baker really makes wonderful use of the 3D expanses: the rocky cliffs which Carson inhabits for the first quarter of the movie look dangerously steep and treacherous, and the desert has never seemed so desolate and forbidding. The climactic encounters between Carson and Duncan are well staged, and the fighting is believably messy and seemingly unrehearsed, as one would expect a surprise assault would be when men are tired, injured, and frantic.

This film offers Robert Ryan another opportunity for a bravura performance as he valiantly struggles against all odds to keep himself alive. Whether acting in pantomime for most of the movie while his voiceover narration cues us into his thoughts and feelings or physically undergoing a punishing ordeal of negotiating rocky cliffs and the arid desert, he’s completely believable throughout offering yet another memorable performance to his impressive filmography. Rhonda Fleming and William Lundigan are two very good looking actors who don’t really combust as robustly sexual as one might expect: perhaps suggesting it’s a more utilitarian rather than long term sexual arrangement for the pair. Henry Hull is aces as the crusty prospector who comes to the rescue, and Larry Keating as Carson’s business manager offers a solid portrayal as a friend and business partner. Carl Betz and Robert Burton as lawmen dedicated on searching for Carson’s whereabouts make effective appearances.

The film’s 1.37:1 theatrical aspect ratio is faithfully rendered in 1080p using the MVC/AVC codec. While there are some specks and spotting on occasion, most of the image quality is quite sharp and beautiful with lush color (blues are especially vivid in this transfer) and believable skin tones. It appears to be the same transfer as the previous Panamint release though without doing a strict A/B comparison, this Twilight Time release seems to be a little bit better resolved somehow, more film-like and a trifle less edgy.

Without a ton of forward projections (some rocks, a chair, a lantern), the 3D in Inferno is nevertheless first-rate with the sense of depth so vivid that one feels instantly a part of the picture. From the high rocky cliffs which Carson peers down from on several occasions, the depth seems bottomless, and images are ­über realistic once in the desert with cacti all around and objects on different planes giving the picture a real presence. 3D comes into greatest use during the climactic fire sequence with objects thrust at the screen, flames all around, and the fiery collapsing ceiling eventually coming right at us.

While sadly not the stereophonic sound from the original theatrical release, the DTS-HD Master Audio 2.0 mono sound mix is a sturdy one and much more in sync with the picture (on my equipment at least) than the audio track on the Panamint release. Dialogue is always easy to understand and has been combined professionally with Paul Sawtell’s effective background music and the multitude of sound effects for the movie. There are no problems with age-related artifacts like hiss, crackle, and flutter.

Audio Commentary: film historian Alan Rode offers good facts and behind-the-scenes incidents on the film’s production. Midway through the movie, Robert Ryan’s daughter Lisa adds some of her own remembrances of her father in a separate bit of commentary.

Six-Page Booklet: contains some color and tinted stills, original poster art on the back cover, and film historian Julie Kirgo’s lively analysis of the movie.

Certainly one of the best movies produced with the 3D process, Inferno offers quality acting and an engrossing story of survival enhanced immensely by the use of three dimensions. There are only 3,000 copies of this Blu-ray available. Those interested in purchasing it should go to either www.twilighttimemovies.com or www.screenarchives.com to see if product is still in stock. Information about the movie can also be found via Facebook at www.facebook.com/twilighttimemovies.

Thank you for the great review!

I sold my Panamint copy on eBay so I will be getting this one.
Reactions: revgen and Matt Hough 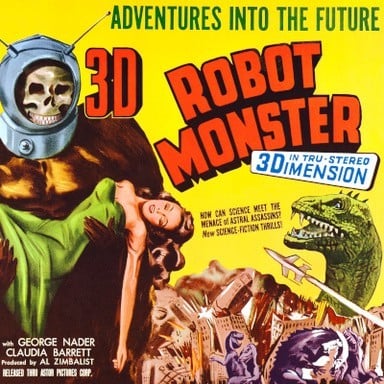 I'm keeping my Panamint version since it has exclusive bonus content that the TT version doesn't have. A sit-down interview with Rhonda Fleming discussing her personal life with Pat Boone, and a trailer provided by the 3-D Film Archive.
Reactions: Robin9 and phillyrobt

I have the Panamint as well but looking at TT's extras I think a double dip is needed!

How many discs in the case?

RolandL said:
How many discs in the case?
Click to expand... 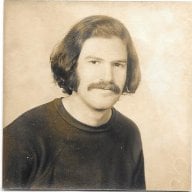 Great review of a very under appreciated movie. Rhonda Fleming in Technicolor 3D is the essence of "eye candy"!

I thought the audio was a bit distorted though, even given the fidelity limitations of the time. Still, I had no trouble understanding the dialogue.
Reactions: Matt Hough

There was no problem with fidelity limitations at the time. I used to have left/right 35mm dye-transfer prints and the track was superb.

This transfer has a sub-par scan of a variable density track negative. Fox should never have approved it.
Last edited: Jan 22, 2018
Reactions: phillyrobt

Watched this last weekend and was very impresssed.

On sale from TT and Screen Archives for $15! (Through the 30th). May only be less than 100 left so perfect time and price to grab a copy if you haven't already.
Last edited: May 19, 2018
Reactions: Flashgear

RJ992 said:
On sale from TT and Screen Archives for $15! (Through the 30th). May only be less than 100 left so perfect time and price to grab a copy if you haven't already.
Click to expand...

May be less than 100 left? Was this announced on a low quantity list?

Jimbo64 said:
May be less than 100 left? Was this announced on a low quantity list?
Click to expand...

From another site. Just did a search on the TT site for Inferno and nothing comes up. Not sure if that means it's sold out there. Still up on SA. 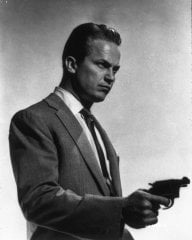 RJ992 said:
From another site. Just did a search on the TT site for Inferno and nothing comes up. Not sure if that means it's sold out there. Still up on SA.
Click to expand...

Just watched the TT release - it is fan-tastic!! Yes, the scenery is beautiful, and the great Robert Ryan is impressive- but the close-ups of Rhonda Fleming in 3D are wowza!!
Reactions: RBailey
You must log in or register to reply here. 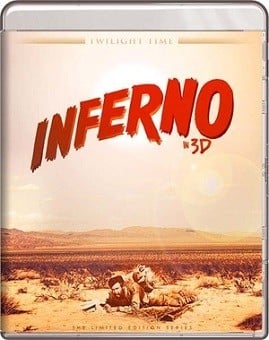