Forum List What's new Dark Style Change width
Log in Register
What's new Search
Menu
Log in
Register
Navigation
Install the app
More options
Dark Style
Close Menu
Posted on May 29, 2019 by Martin Dew
You are using an out of date browser. It may not display this or other websites correctly.
You should upgrade or use an alternative browser.

UK-based iFi has introduced a new tabletop all-in-one wireless music system, the Aurora, which the company says “brings together a unique collection of proprietary technologies” and sports a bamboo cladding aluminium frame. The US price is set at $1,299 excluding sales tax.

The company has gone to some lengths to promote the quirky, yet striking, aesthetic properties of the product, having been created by French product designer Julien Haziza, and inspired by the architecture in Tokyo’s Omotesandō and Harajuku districts. Six drivers (four 120mm units and two 28mm tweeters powered by 4 x 80W of amplification) sit behind bamboo fins that curve around the Aurora’s sides, with a further two bass radiators underneath. The system’s control panel sits front and centre, with touch-sensitive controls and an OLED display inlaid with bamboo. 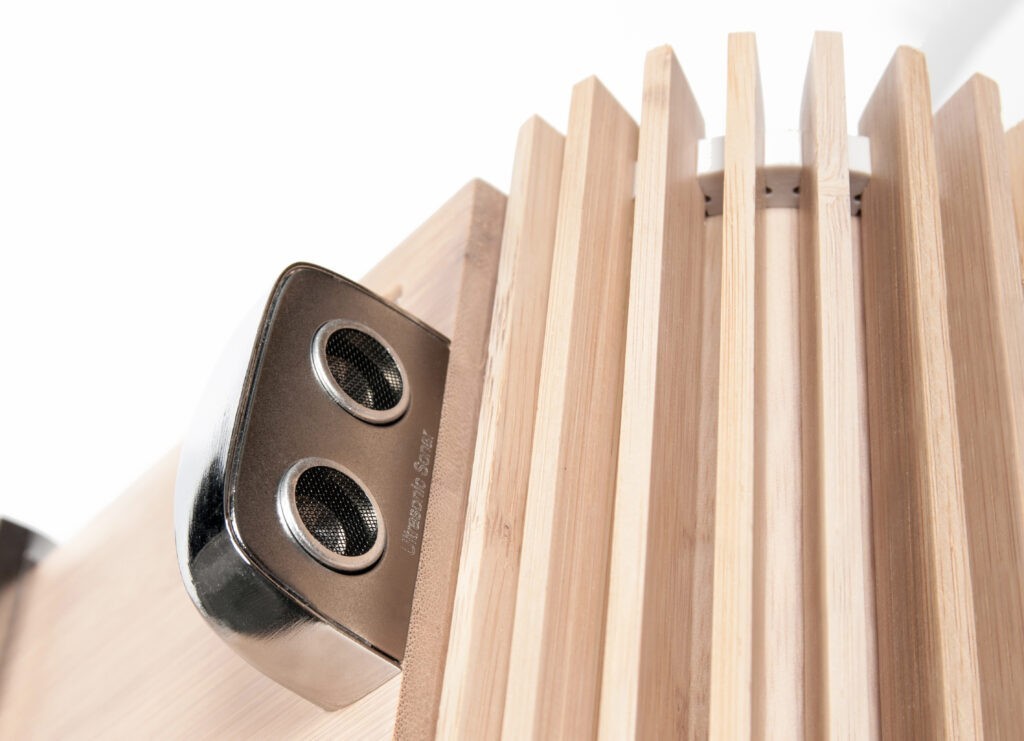 iFi says the Aurora delivers “a remarkably expansive soundstage” and the name is inspired by the Aurora Borealis. Because the latter literally “fills the sky with light”, the new wireless product promises to offer similar room-filling qualities for your audio sources.

The Aurora connects to a home Wi-Fi network, enabling users to stream music from trusted apps, or play audio files stored on networked devices such as computers and NAS drives. Bluetooth is also included, so users can stream directly from smart devices.

The Aurora is also hi-res audio enabled, supporting data up to 32-bit/192kHz without conversion or down-sampling via Wi-Fi, USB or Ethernet cable. iFi claims the in-built Bluetooth streaming is engineered to be less ‘lossy’ than off-the-shelf Bluetooth solutions. The latest high-quality Bluetooth codecs are supported, including aptX HD, LDAC and LDHC, as well as AAC. AirPlay and Spotify Connect are also supported.

Several Auroras may be linked together on a Wi-Fi network to round out a multi-room system, playing in-sync or controlled individually. Music can be streamed from Spotify or Tidal, and “thousands” of internet radio stations are available from apps such as TuneIn.