The cover says The Huntsman: Winter’s War is “the story before Snow White,” and that is only partially true, as this new film takes place before and after the previous film, offering something of an origin story for Hunstman Eric (Chris Hemsworth) during its first act, giving us the story of the Wicked Queen Ravenna’s younger sister Freya (Emily Blunt) during its remaining running time. The landscapes, set design, and costumes are all captured beautifully on this first day and date 4K UHD release from Universal.

Long before Snow White and the Huntsman, the Wicked Queen Ravenna (Charlise Theron) was something of a Black Widow, often killing her husband the King to take control of his kingdom. She also had a younger sister, Freya (Emily Blunt), who gained her powers as the Ice Queen when her husband-to-be killed their newborn daughter. Freya then ventured out on her own, taking her own kingdoms in the North by freezing out the leaders in those lands, and “adopting” the orphaned children as her army. This orphan army happens to contain star-crossed lovers Eric (Chris Hemsworth) and Sara (Jessica Chastain), which is against the law under the Ice Queen’s rule, and has Eric believe Sara was executed while Sara believes Eric abandoned her. Eric is thrown off a cliff into the river below, floating to safety, as it were, within Ravenna’s kingdom, where he meets Snow White (for the proper order of events, you may want to eject the disc at this point and watch Snow White and the Huntsman, then pick up where you left off on The Huntsman: Winter’s War once that film ends).

With Ravenna presumed dead and Snow White getting ill from looking into the Magic Mirror, Snow White has the mirror taken out of the kingdom and dispatched to Sanctuary, but the mirror is captured by Goblins, and the King dispatches Eric and two dwarfs, Nion (Nick Frost) and Gryff (Rob Brydon) to find the mirror and make sure it is destroyed at Sanctuary. In their quest for the Magic Mirror, they run into and are saved by Sara outside a pub. However, it is not the lover’s reunion Eric was hoping for, as Sara claims to no longer have any feelings for him after he deserted her all those many years ago. Eric tries to tell her that is untrue, that he saw her die and still mourns for her every day. What Eric doesn’t know is that Sara is still in Freya’s army, and she, too, is after the mirror, and turns it along with Eric and his crew (they’ve picked up two female dwarfs along the way) over the Freya. Lo and behold, guess who is inside the mirror, but none other than Ravenna, who seemingly takes control over Freya, until Ravenna’s dark secret about Frey’s past comes to light, and true love eventually conquers all. Not really a spoiler, since this IS a fairy tale, after all.

As a movie, The Huntsman: Winter’s War plays like a live action version of Frozen (at least there’s no songs in here urging me to Let It Go), with elements of Snow White, Thor, and The Hobbit thrown in for good measure. There is gorgeous scenery of the European countryside on display throughout, with matching set design and costumes; this is a very lovely looking film. Hemsworth does what he does best, bringing much of the Thor bravado to Eric, but with a bit more hear and less naivete. Theron and Blunt are fun to watch as they chew the scenery as the lead villains.  Jessica Chastain is captivating as Eric’s love interest, not knowing which side of the coin she is playing on throughout much of the second act. Frost and Brydon provide much of the comic relief.

According to IMDB, The Huntsman: Winter’s War was completed as a 2K DI, meaning that the movie on Universal’s 4K UHD disc was very likely upconverted with HDR applied. It’s almost hard to tell, as there is much more detail on display on the 4K disc, particularly during darker passages where crush is almost evident on the 1080p Blu-ray. Detail is also improved on costumes and skin textures. Colors are also more natural and slightly more vibrant (most noticeably the blue flames during one sequence). As an upscale, this is an exemplary disc.

Both the 4K UHD and 1080p Blu-ray share the same DTS-X (with DTS-HD MA 7.1 core) and DTS Headphone X soundtracks. The DTS-X, when played back on my Marantz SR5008 receiver in 5.1 with additional height speakers and Pro-Logic IIz enabled, provides a room-filling, immersive experience. James Newton Howard’s score is expansive, spread across all channels, yet never drowns out dialogue or effects. Fidelity overall is rich and lifelike. Dialogue is clear and understandable, with some seamless panning where necessary to follow action. LFE is also put to good use, delivering additional oomph to rolling thunder, cracking ice, and body hits. This is a great track. The DTS Headphone X track is a welcome addition, allowing a sense of 5.1 surround using a normal pair of headphones.

Extended Edition: Running a scant six minutes longer, available on both the UHD and Blu-ray discs.

Audio Commentary with Director Cedric Nicolas-Troyan: Accessible only on the theatrical cut on both UHD and Blu-ray, the director first apologizes for his thick French accent, than goes into great detail on the effects, locations, and performances in the film.

The remaining special features are only available on the included Blu-ray edition of the film.

Gag Reel (1080p; 9:43): Flubbed lines and other catastrophes, including how frustrating it can be to shoot along the flight path of one of the busiest international airports in the world.

Digital HD Copy: An insert contains a code to redeem a digital copy through Ultraviolet or iTunes. Redeeming thru the link provided on the certificate does give you UHD access to the title on Vudu.

A so-so movie with exceptional video and audio, the future of 4K UltraHD Blu-ray looks promising for Universal. Kudos for including the audio commentary on the UHD disc. 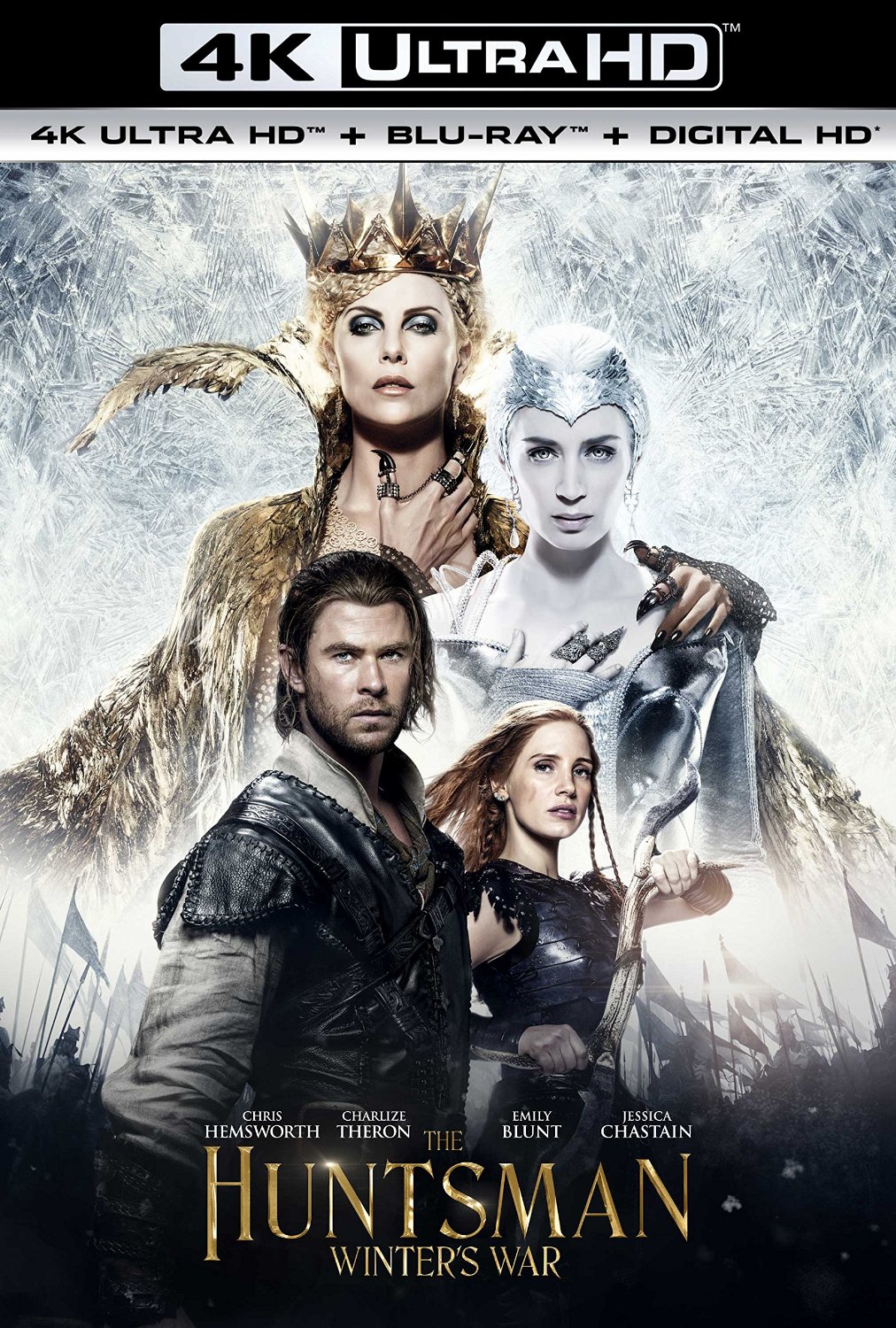