Forum List What's new Dark Style Change width
Log in Register
What's new Search
Menu
Log in
Register
Navigation
Install the app
More options
Dark Style
Close Menu
Posted on August 14, 2021 by Sam Posten
You are using an out of date browser. It may not display this or other websites correctly.
You should upgrade or use an alternative browser.
Get me anyone but Michael Bryce 1.5 Stars 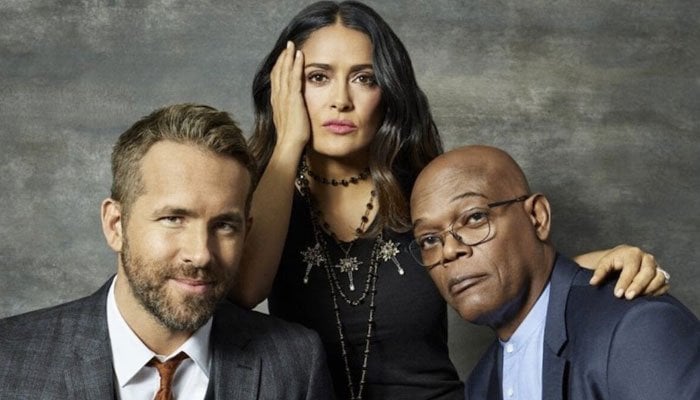 Michael Bryce (Ryan Reynolds) is taking a break from bodyguarding and in therapy to deal with his angst over the events in Hitman’s Bodyguard. While relaxing in Capri (like the pants!) he is accosted by former client Darius Kincaid’s (Samuel L. Jackson) wife Sonia (Salma Hayek). Sonia needs Bryce to help rescue Darius from the clutches of villain, and I’m not making this up, Aristotle Papadopolous (Antonio Banderas). To beat Papadopolous they will enlist the aid of a mysterious agent from Bryce’s past, played by Morgan Freeman. 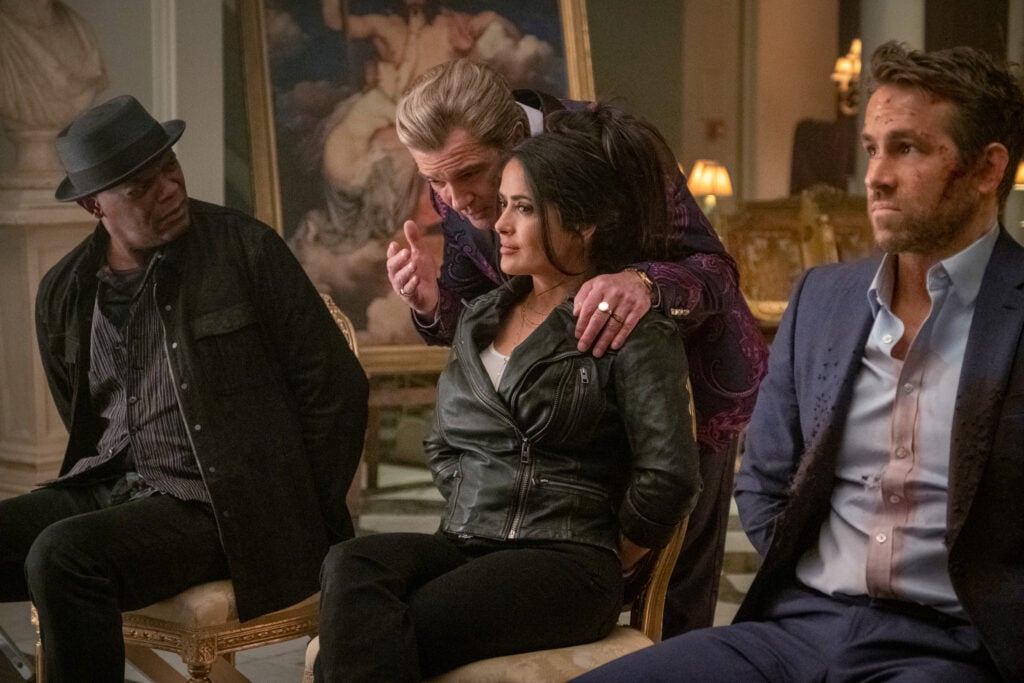 Featuring repetitive drivel, exhausting tropes and bad dialogue, Hitman’s Wife’s Bodyguard (really, they left the ‘The’ off for… reasons) is way worse than it’s 25% Tomatometer score would suggest, and it’s 79% audience approval rating has me weeping for humanity.

Worse, the action sequences are totally by the numbers, the globe trotting locations are mediocre, and the surprise reveals are downplayed by the characters themselves. The humor this time focuses around aging characters inability to conceive a child, and their obliviousness about Sonia’s experiencing menopause as a contributing factor to that conundrum is just dumb, not funny.

I dunno, I don’t think it’s even worth a rental. 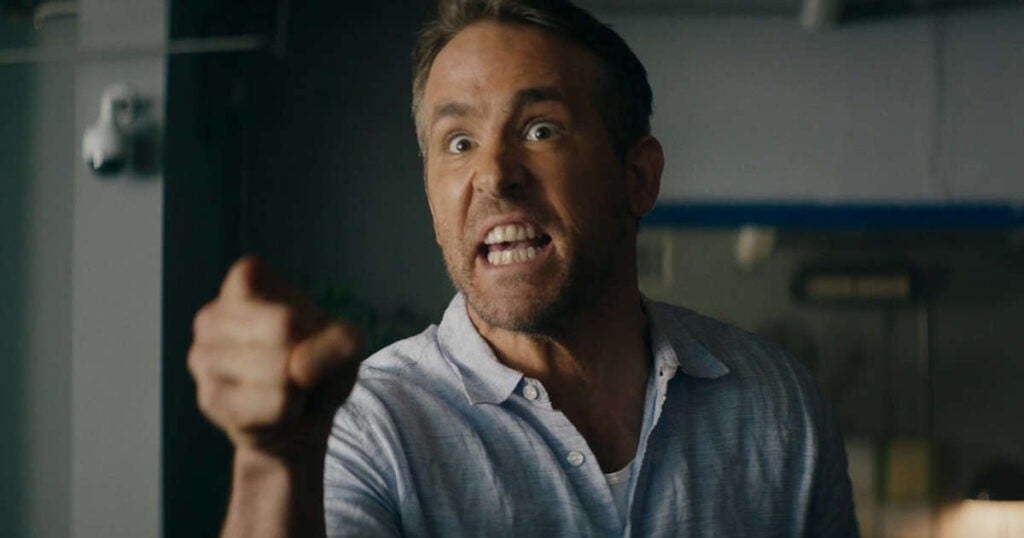 Filmed on Arri Alexa SXTs and Minis with Hawk class-X V-Lite Anamorphic lenses, HWB certainly makes the most of its sun drenched locations, particularly Capri. Sharpness is particularly high, with nice bokeh and subject isolation. They almost pull off a Vertigo Zoom/Focus pull but seemingly thought better of it for some reason. Dark sequences are well rendered with no annoying noise or other artifacts. I watched on a projector where the HDR effects are somewhat muted, but this is a Dolby Vision encode. 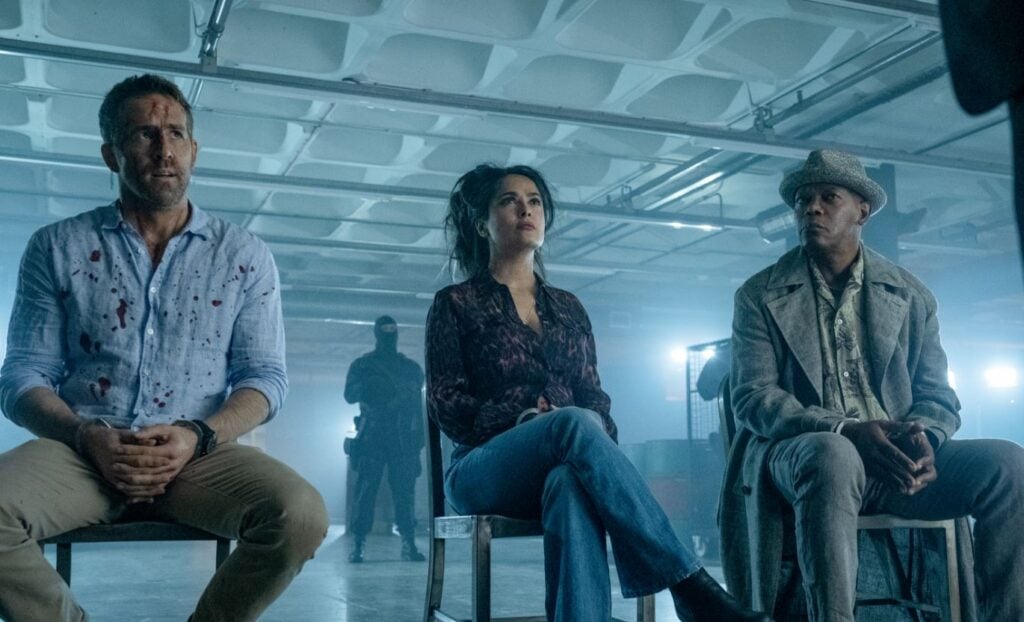 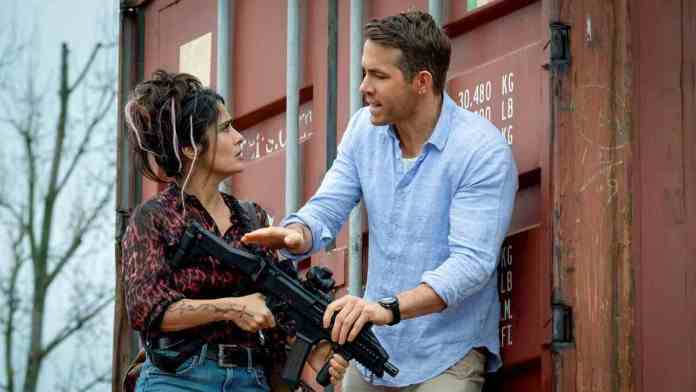 The Dolby Atmos soundtrack is a bit of a rollercoaster. Early action sequences have somewhat dull gunfire effects, but the set pieces at the end have nice rumble and punchy pops.

Atli Orvarsson’s soundtrack provides orchestral cues that there could have been an interesting movie here, but sadly it might actually over shadow the action on screen. 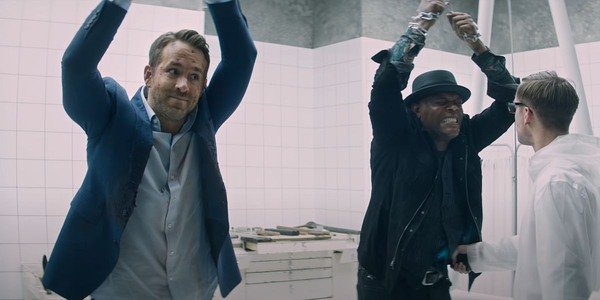 Why is it that the more the movie stinks the more extras are loaded onto the disk? Wait, don’t answer that, I think I get it.

These here might be more interesting than the film itself. It’s always cringeworthy to hear everyone involved being super positive about the production despite the end results being savaged.

One F’d up family
The New Michael Bryce
#Stuntlife (this is the best if you have to pick one)
On The set
Gag Reel
Trailers (no credit for trailers, sorry!)

The biggest bummer here is that somehow despite the hype from the first film and all the talent brought together for this sequel, it never gelled. It’s hard to even figure out where to point the blame, all the elements are there, it just falls flat. Oh well, the world is full of bad sequels, add this one to the list. 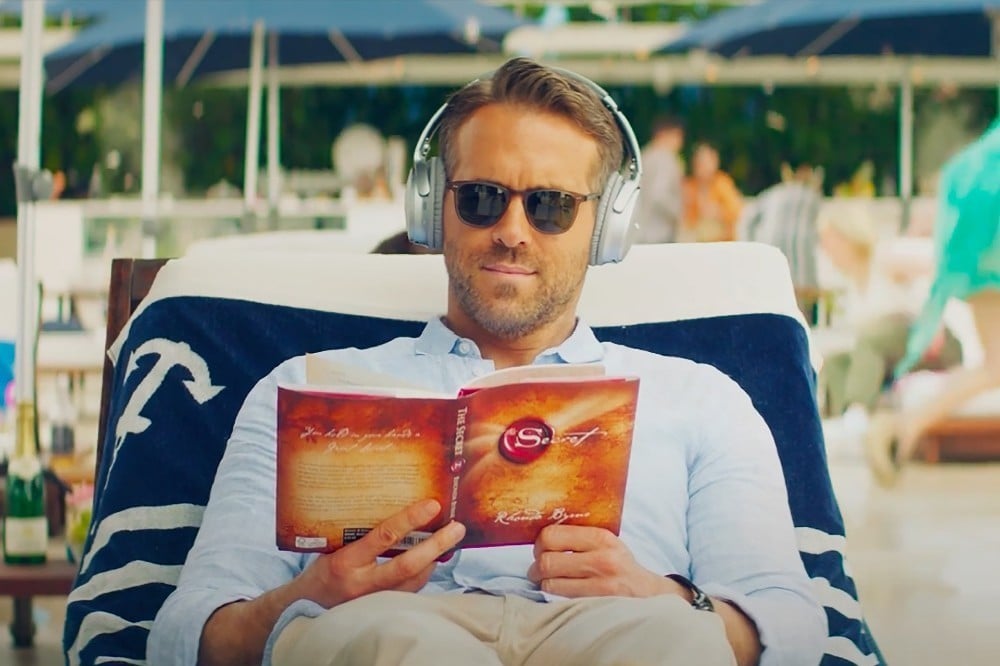 I loved the first film, but have read others besides you that didn’t like this film. I think I’ll pass.

I thought the wife was the worst part of the first film, so that they've made her the centerpiece of this film is not an enticement to see it.

If you want to laugh in a era of new style slap stick comedy, this is a good film. The jokes are over the top along with the action, which makes you forget about the current state of world affairs. 70 million is more than most critic choice movies that most people fail to see or want to see.
You must log in or register to reply here.