Paul Schrader’s 1979 film Hardcore is an unrelentingly grim but fascinating look at the sordid world of low-budget pornography and prostitution in California. It is not for all tastes, but it has been brought to Blu-ray by Twilight Time with outstanding picture and sound.

Paul Schrader’s 1979 film Hardcore is an unrelentingly grim but fascinating look at the sordid world of low-budget pornography and prostitution in California. It is not for all tastes, but it has been brought to Blu-ray by Twilight Time with outstanding picture and sound.

Jake Van Dorn (George C. Scott) is an upright and uptight businessman in Grand Rapids, Michigan. His theology is Calvinism, his business is reasonably successful, and he lives in a nice but unpretentious house with his teenage daughter, Kristen (Ilah Davis). Shortly after Christmas, Kristen and other members of her church board a bus to attend a Youth Calvinist Convention in Bellflower, California. The youngsters are thrilled to be leaving snowbound and dull Grand Rapids for sunny and exciting California. A few days later, while having dinner with his sister and brother-in-law, Jake receives a devastating phone call from California. Kristen has disappeared while on a group outing to Knott’s Berry Farm.

Jake immediately flies to Los Angeles, where the police have little in the way of leads to go on. Kristen was last seen at Knott’s Berry Farm in the company of a young man, but nobody knows his name. The only encouraging news they have for Jake is that there is no evidence that Kristen has been physically harmed. He turns to a sleazy but seemingly competent private investigator, Andy Mast (Peter Boyle), who assures Jake that he has a nose for tracking down people and promises that he will find Kristen. And he does find her – sort of.

Back in Grand Rapids, Jake receives an unexpected visit from Mast, who has something important to show him. They proceed to a small screening room which shows X-rated films, a room which Mast has rented for an hour. Jake takes a seat and, in the most powerful scene in the film, his demeanor changes to anguish and anger when he sees Kristen engaging in an expicit sex act with two men. Mast does not know who made the film, or where Kristen is. Finding no clues at home, Jake decides to fly back to Los Angeles, where he fires Mast and begins searching for his daughter on his own.

Pretending to  be an investor looking to finance an adult film, Jake immerses himself in the seedy underbelly of Los Angeles. He visits strip clubs, adult book stores, peep shows, and the set where a pornographic film is being made. While at the set he meets Niki (Season Hubley), a pretty young woman who carves out a living of sorts by appearing in X-rated films and working at a peep show. Niki knows her way around the sex trade in L.A., and she agrees to help Jake, whose obsession is now punctuated by anger, to find his daughter.

Paul Schrader wrote and directed Hardcore, and he clearly drew upon his own upbringing in a stern Calvinist household in Grand Rapids, where he was not allowed to see a film until he was 18 years old. His screenplay has two major drawbacks. The part of Kristen is underwritten, so much so that we scarcely get to know her until the film’s final scene. The other drawback is the final scene, which is contrived (in fairness to Schrader, in his commentary track he says that the ending was forced upon him by Columbia Pictures president David Melnick). In between, however, there is much to like, including a scene where Niki intuitively concludes that Jake’s wife, who he has claimed is deceased, actually left him and is very much alive. She asks, “What was the problem? Sex? Always is.” In fact, Jake professes to have no interest in sex, and Niki see the irony in this. “I mean,” she tells him, “you think it’s so unimportant that you don’t even do it, and I think it’s so unimportant that I don’t care who I do it with.”

George C. Scott turns in a powerful performance as the repressed, humorless Jake, who seemingly has to force himself to smile. Jake’s puritanical ways lead Mast to give him the nickname “Pilgrim.” Season Hubley is excellent as the cynical but not entirely jaded Niki, and Peter Boyle is entirely believable as a private eye who is not shy about getting down and dirty. Ilah Davis, who as Kristen has little to do until the end of the film, is interesting in that she never made another film after Hardcore. Supposedly she joined a commune in New York City and later married and was divorced by a man named Ralph Rogers. She developed multiple scleroris and became an advocate for victims of MS before dying in 2007. Fine supporting performances are turned in by Dick Sargent and Leonard Gaines.

Although Hardcore contains a fair amount of nudity and strong sexual language, there little eroticism in it. As a sex scene is being shot in a cheap motel room, the producer and his assistant try to convince themselves that they are doing something artistic because their director is a graduate of UCLA! Schrader’s message is two-fold: there is no attempt by Schrader to excuse or sanitize the seamy side of the sex trade, but he also is sharply critical of the rigid religious upbringing which he and Kristen were subjected to. Still, as noted it should be apparent that this film is not for all tastes.

The 1.85 1080p image is a typically splendid transfer from Sony. Colors are muted but accurate in the Michigan scenes but become bolder and even garish when the action moves to California. The picture is consistently sharp, with strong contrast, excellent detail, solid blacks, and fine shadow detail. There is no sign of dirt, speckling, or other anomalies. The gritty cinematography is by Michael Chapman (Taxi Driver, Raging Bull) and benefits greatly from location filming in Grand Rapids, Los Angeles, San Diego, and San Francisco.

The English 1.0 DTS-HD MA mono soundtrack has a surprising amount of punch, particularly when Jack Nitzsche’s pulsating score kicks in. Nitzsche was an integral part of Phil Spector’s “Wall of Sound” and worked with The Rolling Stones, The Beach Boys, Neil Young and others. Dialogue is clear and understandable but at times is almost overwhelmed by the music. English SDH subtitles are available.

The extras on this Blu-ray disc include two commentary tracks.

A new commentary track by director/writer Paul Schrader is interesting, although he sometimes gets so engrossed in anecdotes that he fails to comment on individual scenes. He talks freely about George C. Scott’s drinking problem, and while he commends Season Hubley for her performance he feels that she was too pretty for the part. He also laments the fact that he had to change the ending of the film in order to placate the studio. The thematic similarities between Hardcore and John Ford’s The Searchers are intentional.

A second commentary track by film historians Eddy Friedfeld, Lee Pfeiffer, and Paul Scrabo is more conventional in that it focuses on the film as it unfolds and provides more information about the members of the cast.

The other extras include the film’s original theatrical trailer and the isolated score track (which is presented in stereo).

A typically insightful and informative essay by Julie Kirgo is included in an eight-page illustrated booklet.

Hardcore is a harrowing tale of a shy, naive midwestern girl who is so unhappy with her life that she runs away and gets involved in pornography while searching for people who will truly care about her. It also is the story of her prudish father, who is understandably horrified by what happened to her and is obsessed with finding her, but who somehow strikes up a closer emotional relationship with a young woman who is doing much the same as his daughter.

This Blu-ray of Hardcore has been released in a limited edition of 3,000 units. Readers who are interested in purchasing it should go to the Twilight Time website or the Screen Archives website and confirm that copies are still available.

As I recall from my theatrical viewing, I did not feel the ending was tacked on. As I remember:

Scott's character had promised Hubley's character that once he found his daughter, he would take them both back home with him and treat her like a daughter. The daughter is found and Scott does not follow through, she just wouldn't fit in at home. Hubley's character accepts it with resignation. It didn't feel tacked on, but tragic and inevitable.
Reactions: Eric Vedowski

I remember from my theatrical experience that this film was not very appealing, or even provocative, despite Scott in the cast. I felt it pulled too many punches, and might have been much more powerful, released as it was during a very liberal period of the ratings system. If you're going to deliver a "message" in a movie, make sure it counts. So many fail at that, and I think this is one of them.

Johnny Angell said:
As I recall from my theatrical viewing, I did not feel the ending was tacked on.
Click to expand...

I was referring the the ending as it pertains to the daughter. According to Schrader, that was tacked on at the insistence of the studio.

Richard Gallagher said:
I was referring the the ending as it pertains to the daughter. According to Schrader, that was tacked on at the insistence of the studio.
Click to expand...

It's been many years. Can you refresh my memory as to the ending for the daughter ?

I've never seen this film, but the plot seems to be pretty similar to 8mm with Nick Cage and Joaquin Phoenix. Can anyone who has seen both films comment on this? Sounds like an intriguing film.

Johnny Angell said:
It's been many years. Can you refresh my memory as to the ending for the daughter ?
Click to expand...


When Jake finds his daughter, she won't let him touch her, complains that he never showed her any love, he never approved of any of her friends, and that he wants him to leave. He gets up and asks, "Do you really want me to leave?" and she suddenly and inexplicably changes her mind and decides to go back to Grand Rapids with him and resume the life she hates.
That is the ending which Schrader says was forced upon him by the studio.
Reactions: Johnny Angell


When Jake finds his daughter, she won't let him touch her, complains that he never showed her any love, he never approved of any of her friends, and that he wants him to leave. He gets up and asks, "Do you really want me to leave?" and she suddenly and inexplicably changes her mind and decides to go back to Grand Rapids with him and resume the life she hates.
That is the ending which Schrader says was forced upon him by the studio.
Click to expand...

Was the ending that Schrader wanted

Scott leaving without his daughter?

Johnny Angell said:
Was the ending that Schrader wanted


He was going to discover that his daughter was dead - possibly the result of an accident. The actress who played her had no legitimate acting experience, so Schrader hadn't intended for her to have a speaking role beyond the few words that she says early in the film.
You must log in or register to reply here.
Share:
Facebook Twitter Reddit Pinterest Tumblr WhatsApp Email Link 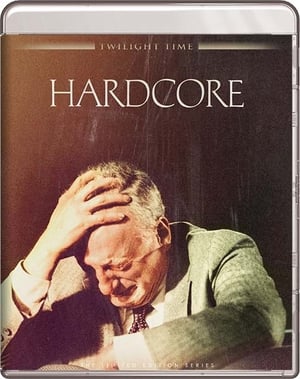