On July 1, as part of the 30th Anniversary of Stanley Kubrick’s film Full Metal Jacket, I conducted a group interview of Matthew Modine, Vincent D’Onofrio and Leon Vitali in Los Angeles.   Matthew Modine played the lead role of Joker in the film, while Vincent D’Onofrio played the key role of Leonard aka Private Pyle during the film’s Basic Training sequences.   Leon Vitali was a long-time assistant to Stanley Kubrick and was credited as the Casting Director both for this film and for Eyes Wide Shut.   Special Thanks to Warner Bros Home Video, and to Click Communications for inviting HTF to this event and bringing me into the room.

In my preparation for this interview, I immersed myself in the Blu-ray of the film, going back through the movie with and without commentary and watching the bonus feature on its production. I also took the time to view the relevant section of Stanley Kubrick: A Life in Pictures and the on-set footage included in Stanley Kubrick’s Boxes.   Past that, I turned to the Taschen volume The Stanley Kubrick Archives, as it contains additional interview and photographic material.  And to supplement all this, I purchased Matthew Modine’s Full Metal Jacket Diary as an app for my tablet, which contains a further wealth of information from Modine’s perspective while the film was being shot.

The link here will show you the interview, which sadly could only cover a small fraction of what I wanted to discuss, given that we were given a strict 8 minute time limit.   I had hoped to get into a deeper discussion and to ask further questions but there simply wasn’t the time. I’ll note right now there are BIG SPOILERS in our discussion and in my article. If you have not seen the movie already, I strongly recommend you do so before watching this interview or reading any further into this article.

I did have some questions for Modine and D’Onofrio about their work on the set and their reflections on it, but we weren’t able to get far into it – and frankly, D’Onofrio rejected any discussion of it.   (On the Blu-ray documentary, he’s open about the difficulty of the shoot and the challenges of working with Stanley Kubrick.)   Modine gave a heartfelt assessment of the romanticizing of violence in movies and how this informed his performance in crucial sequences of the film.   I was noting the irony that Apocalypse Now and Platoon both end with the lead character killing a major villain of the story, while Kubrick’s film ends with the killing of a teenage girl. (And I’m not getting into the more complex nature of Colonel Kurtz in the former movie – that would take us another ten pages…)

But the real areas I wanted to cover here were in the realm of Leon Vitali, who I had hoped to interview at greater length.   Without specific clarifications from him, there are large gaps in the information we were discussing and I regret that we are unable to fill in those blanks.

I had three areas to cover with Vitali, starting with the issue of the missing footage from Full Metal Jacket, which includes multiple scenes and an extended ending.   As has been noted in multiple places and can be seen from the extant script pages, Joker’s mercy killing of the sniper was filmed with an additional major beat where Animal Mother (Adam Baldwin) cuts off the girl’s head and holds it up for the rest of the squad to see. It’s his response to the other guys saying that Joker is “hardcore” – he lops off the head and tells the group “You think that’s hard? THIS is HARD.”   Modine’s diary on the production indicates that this sequence took a long time to shoot, particularly the moment of Baldwin’s display to the rest of the squad.   To my knowledge, this footage has never been seen outside of Kubrick’s editing room, and there are multiple other sequences that had additional material to boot.   For the 30th Anniversary of the movie, I would have hoped that something could have been found of this footage – from a workprint or from rough assemblies or whatever materials exist.

However, Leon Vitali has told multiple people that he actually destroyed all this footage on Kubrick’s instructions – and not only this footage, but all the deleted material from all of Kubricks’ films that the family had in their control, which is pretty much all of it.   I had hoped to have Vitali address this on camera, particularly since there are people today who continue to wonder about that footage and would find it instructive.   My understanding of the matter is that Stanley Kubrick did not want anyone trying to do their own amateur edits of his films – by destroying the footage, he made sure nobody could ever do that.   It’s understandable, and it was his prerogative.   At the same time, this is the kind of thing that could be quite educational for film students and for Kubrick’s many fans.

Unfortunately, when I broached this question, I was quickly shut down with the note “it will never be seen” and told that the footage was deemed to be potentially offensive in its treatment of the Vietnamese in the movie and that this is “hard for Western Civilization to understand”.   I was caught off guard by that answer, since this was material that was carefully scripted and then shot over an extended period, and we never even got into the other deleted footage.   This was something I’d really wanted to press Vitali about, and in the rush of an 8 minute interview, I couldn’t dwell there without losing the thread of the rest of the discussion.

The next area I tried to get Leon Vitali to address was the 18 hours of behind-the-scenes footage shot on the set of Full Metal Jacket.   A few minutes of this footage was included in the various Kubrick documentaries I referenced above, and a much longer chunk of it travels with the Stanley Kubrick exhibition that travels to museums around the world. (I visited this exhibition at LACMA in 2013) I believe this footage to be included in the Kubrick materials that were donated to the University of the Arts in London after Kubrick’s death in 1999.   This is another area that could have made for an interesting and educational supplement to the movie on its 30th anniversary.   (A similar idea had been done in 1980 for The Shining, where 16 hours of on-set footage was edited down to under 30 minutes.)

Once again, I was quickly shut down with another flat statement that “it will never be seen”, although Modine went a little farther, essentially saying that Stanley Kubrick did not want this footage to be seen, and that if he had, he would have chosen to make it available for people to see.   Which implies that anyone wanting to see this footage is somehow being disrespectful to Stanley Kubrick’s wishes – and that’s frankly an unfair statement.   Film students are interested in seeing this footage because they can learn from the process, and from seeing how Kubrick’s process worked versus how other filmmakers work. (I point to the example of the unseen Charlie Chaplin footage that was presented in a documentary in 1982 – this is material that Chaplin would never have wanted in public, but it serves an educational function by its existence. I can also point to volumes that present us the early drafts of the plays of Henrik Ibsen, where you can see the process at work by which Ibsen would eventually create the plays we currently know.) Past that, the group demurred the idea and said that somehow the sound had been lost for the footage – something we understand to be the case for the BTS footage on The Shining but not necessarily the case with this footage. I pointed out that the multiple sections of the footage I’ve seen, including what I believe to be a loop of 45 minutes in the museum display, all do have sound.   There are further details we could discuss here, but the short answer for the public is that there is no intention to ever make this footage available, whether or not any sound is available.

I had wanted to cover a final area with Leon Vitali, but the tangents cut us off before we could get there.   I wanted to discuss what Vitali feels about how Stanley Kubrick would have dealt with the advent of Blu-ray and home theaters – specifically how Kubrick would have wanted modern audiences to see his movies at home.   During Kubrick’s lifetime, pretty much everyone had the square box televisions and his judgment had been to shoot his later movies with an open matte so that the home audiences could watch the movies without having the image shrunk to a small slit on a 9” TV on someone’s counter.   My question to Vitali was to address how Kubrick would have adjusted to a home video world where the consumers have widescreen televisions with HD screens and surround sound.   We’ve seen the result in the fact that Kubrick’s films have been presented in their original aspect ratios, including the final movies getting home video presentations in 1.85:1, but Vitali has stated that he thought Kubrick was always shooting for the square box and only matted in for the theatrical releases.   I brought along my Taschen book, bookmarked to the appropriate document from the production of The Shining, wherein Stanley Kubrick makes clear that he’s composing for 1.85:1 but protecting for the home video frame – something that would hold true on that movie for everything but a single glimpse of helicopter in the opening sequence in the full frame version.   Unfortunately, since the time did not permit us to discuss this, and since I have had no further opportunity to speak with Leon Vitali, we’ll need to leave that area to the speculation it continues to inhabit.

By the way, as one final aside on this, at one point, Modine noted in our discussion that if Stanley Kubrick had known he was going to pass away when he did, he probably would have burned down the barn with all the footage in it himself.   At that, Leon Vitali then interjected, “No, he would have told me to do it.”   Which earned him a hearty laugh from the other guys for the obvious reason… 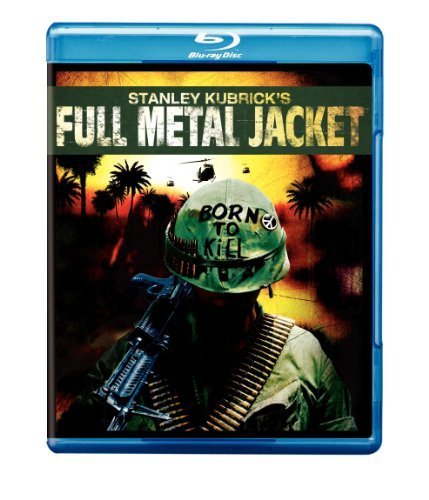