Forum List What's new Dark Style Change width
Log in Register
What's new Search
Menu
Log in
Register
Navigation
Install the app
More options
Dark Style
Close Menu
Posted on September 2, 2021 by Martin Dew
You are using an out of date browser. It may not display this or other websites correctly.
You should upgrade or use an alternative browser.

In more news from French brand Focal  the company is adding a bookshelf and center speaker to the Aria K2 family. The idea is to promote home cinema setup options alongside the existing Aria K2 936 floor-standing speakers, which were launched last year. The new Aria K2 906 ($1,990 per pair) and Aria K2 Center ($1,190) are being unveiled this week and will be available to order later in the month.

Focal calls the Aria K2 a “special edition” of the original high-performance 2013-launched Aria 900 range. Both the new Aria K2 906 and Aria K2 Center can combine with the Aria K2 936 floor models to offer “an exceptional listening experience”. The in-built next-gen K2 cones have evolved from the company’s Polykevlar drivers of the 1980s JMLab speakers, and are comprised of a light foam layer sandwiched between strata of Aramid fibers and fiberglass for more precise movie and music playback, according to the company. TNF tweeters are composed of aluminum and magnesium with ‘Poron’ suspension. 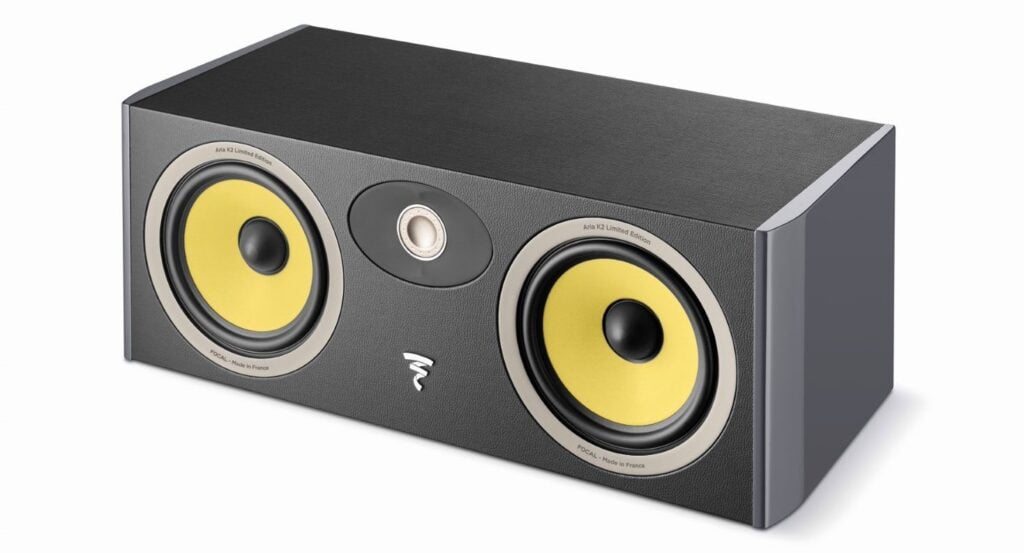 The new speakers share the same rigid cabinet construction as the 936, with non-parallel elements to reduce vibrations and promote neutrality. The finish, as found on Focal’s flagship Utopia line, is Ash Grey and includes a leather-effect front panel. As well as the obvious advantage of adding the Aria K2 906 and Center with the Aria K2 936 models for a complete home theater, the former can obviously be ordered as a standalone stereo bookshelf-type pair. Focal also recommends combining a K2 home theater setup with the company’s Sub 1000 F subwoofer.

As well as the pricing for the new speakers above, the existing Aria K2 936 is also available now for $5,990 per pair. For more information on the K2 line, click here.