A documentary which offers enlightened perspectives on global warming and the necessity for using sustainable energy, Fisher Stevens’ Before the Flood delivers its message with facts at the forefront and emotions tempered and reasonable.

The opinions expressed by our reviewers are not necessarily the opinions of HTF management.

A documentary which offers enlightened perspectives on global warming and the necessity for using sustainable energy, Fisher Stevens’ Before the Flood delivers its message with facts at the forefront and emotions tempered and reasonable. Star Leonardo DiCaprio has already fronted one documentary on this same topic The 11th Hour, and Before the Flood might be considered superior to that earlier effort. Still documentaries can only go so far in convincing people to wake up to the realities of their civilization. Inevitably (and this is made clear in the film), it’s the ballot box that will effect any positive change if one is gong to come, sending politicians being funded by fossil fuel interests to the sidelines while promoting others involved in saving an obviously slowly dying planet from reaching its dismal end.

The documentary sponsored by National Geographic details Leonardo DiCaprio’s two-year investigation into the global climate crisis after he was named United Nations Messenger of Peace on Climate Change. His duties, partly accomplished during the production of his Academy award-winning work in The Revenant which involved filming in both northern Canada and southern Argentina as the production company searched for viable cold weather conditions, take him around the globe: from the flooded streets of Miami Beach to the Arctic Circle (melting under his feet in summer), China (which is making promising inroads into solar and wind power plants), India (where he must endure a stern lecture from an official who points to the United States’ lack of leadership in the journey away from fossil fuels), Indonesia (where valuable rain forests have given way to palm oil plantations), and Vatican City culminating in the 2015 Paris Climate Summit and the subsequent signing of the articles in New York City at the United Nations. Along the way he also has discussions with U.S. Ambassador John Kerry, President Barack Obama, and Pope Francis who makes a first-time ever plea for the countries of the world to address the problem of global warming.

Of course, all the words in the world rather pale in comparison to the haunting images director Fisher Stevens’ captures: from factories all over the world belching their fossil fueled-carbon dioxide into the air to the dying coral reefs, the flooded onion gardens in the South Seas which spell doom for their owners, the devastation of rain forests and the rescue of many animals made refugees by intense climate changes, and amazing views from space of the countries of the Earth at night showing the astonishing pockets of electric power usage (or lack thereof) across the continents. Mark Monroe’s script for the film hammers its message forward but with a rather gentle touch compared to some documentaries on the same environmental and conservational themes. In fact, DiCaprio’s childhood recollections of Hieronymus Bosch’s legendary painting The Garden of Earthly Delights with its prescient depiction of the Earth’s creation in the first panel, a bacchanalia of excess in the large second panel, and a charred landscape of utter devastation in the third make as fitting a symbol for the film’s themes as anything that could be expounded by the long list of experts with whom he speaks during the movie.

The film is presented in a 1.78:1 aspect ratio in a widescreen transfer that’s been anamorphically enhanced for modern HDTVs. Sharpness is pleasing throughout (high definition would have added much to the visual imagery of both beauty and devastation that’s shown during the movie), and color values are first-rate with accurate skin tones and colors that are nicely saturated. Excerpts from old film clips which prove the knowledge and fears about climate change have been around for the last half century at least are in rather rocky shape, and there are some examples of aliasing and moiré patterns to be seen in tight structures on occasion. The movie has been divided into 28 chapters.

The Dolby Digital 5.1 sound mix offers a solid and sturdy audio track. DiCaprio’s narration and his interviews with various individuals all come across clearly and have been placed in the center channel. Occasional atmospheric effects and music from Mogwai, Trent Reznor, Atticus Ross, and Gustavo Santaolalla (who provides a song over the closing credits) get the full surround treatment.

5 Things to Know About the Warming Arctic (2:27): Dr. Enric Sala basically repeats five salient points he makes during his particular Arctic Circle sequence in the movie.

Deleted Scenes (7:57): three scenes may be watched together or separately.

Before the Flood is an entertaining and enlightening examination of the dangers we now face from climate change with suggestions about how these potentially catastrophic alterations to the Earth can be curtailed. A high definition version of the feature might have been more visually effective, but the facts and suggestions contained therein are the same even in standard definition. 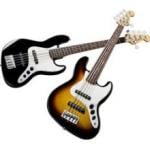 A documentary that only focuses on 1 side of the issue - here is the response from the other side.

"DiCaprio’s ‘Before The Flood’ Drowns in Sea of Green Hypocrisy" 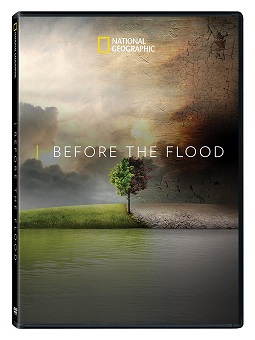